Really struggling with a grayscale engrave =/

yep, i’m not a total noob…have quite a bit of CAD experience but not so much with graphic shenannigans. and yea, tried a little test crop, will be adjusting the settings. would you recommend convert to dots, vs vary power?

yea, the little test i did, couldnt differentiate between the letters and the shadows. will try some different settings though.

would you recommend convert to dots, vs vary power?

Without getting into too much about settings, this should absolutely be done with a vary power or 3d engrave at 270 lpi or higher.

I mean this is really a preferences thing though, try it out. I am a big fan of vary power, but it’s up to you.

im sure that would turn out great!! would definitely like some shadow under the roots, but yes that looks like itd work well!

ive had some neat results with vary power, so was hoping to go that route as well.

yea, the little test i did, couldnt differentiate between the letters and the shadows.

You probably overpowered it a bit. It’ll also depend on your material. Like cork engraves pretty much jet black, it’s really hard to get different shades of grey on it. Difficult, not impossible. Maple, on the other hand, takes greys pretty well.

Glowforge and CNC collaboration coffee table Made on a Glowforge

My buddy @shogun is making a coffee table, and enlisted me. He’s going to CNC pockets into a table and insert my engravings. He’s a big music lover so he chose a wide variety of album covers. Everything is engraved in solid maple that he ripped and planed to 1/8” thick. Each tile is 4.3” square, and took roughly 30 mins to engrave (high lpi, you pay the price for darker engraves). You can do the math but it came out to roughly 6.5 years of engrave time. [image] [image] (Fleetwood Mac is o…

3d engrave might be what im looking for. I’ll read more into it, ya’ll have dedicated enough of your time.

I brightened the ROOTS a bit. 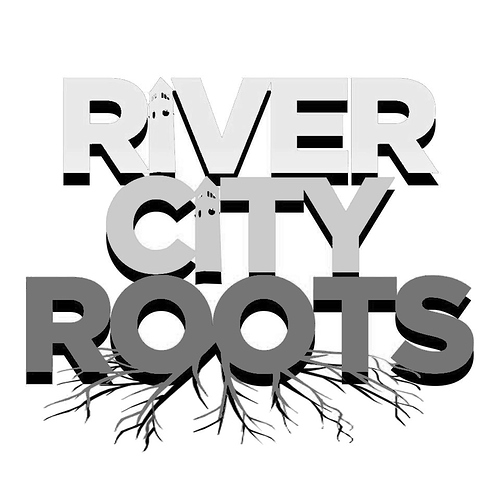 Still good separation between the words but now the shadows are shadows for real.

sick! alright, I have a bunch of maple scraps, will run it on those this next run, instead of draftboard. have done a bunch of cork coasters/stickers, and know how dark it engraves, so yea will try it on scraps of what the final product would be.

Also, this is going to look best on solid hardwood, not plywoods.

Well, ok caveats. This is the thing with engraving, it defies simple blanket statements.

The trick with plywood is that if you engrave all the way through one of the layers, the color of the layer underneath may be radically different. Plywood engraves can look great if you don’t go too deep.

See this one from a million years ago on baltic birch plywood:

I’ve gazed upon that masterpiece, many a times. Also use baltic birch frequently, and its a major inspiration.

Too kind, I think it’s not bad, but masterpiece may be a bit overstating things

Another example of a material that doesn’t take greyscale much at all is slate. You bascially are either black or white there.

omg i didnt realize that was yours

anyway, you have saved fathers days!!! results in 5 mins!!!

here it is! thank you so much for the help, this is perfect!!!

That turned out all right!

You got a damp paper towel (water or denatured alcohol)? You can clean up those smoke marks and it’ll look even sharper.

yep!! plenty of denatured. i seriously cant thank you enough

You have just discovered why this place is the best accessory for your new laser.

Ah no worries, this sort of thing is quick and easy once you know the steps with curves. There are ways to do it even more precisely, using selected areas instead of one giant curve for the whole image… That’s how I cleaned up that last one, I used the magic wand tool to just select ROOTS, and brightened the curve on just that.

Like I said, googling around and fooling with it will be a good investment of your time. This is a core skill to getting good engraves.

ill be reading up more on adjusting color curves, dang what a gamechanger. thanks so much. Don’t have much to offer in repayment, unless you’d be interested in some superhot pepper variety seeds in return? Lol, man he’s gonna be stoked!