I’ve been using leather with my glowforge and, because it’s technically flesh, it smells horribly. Do you have any advice on how to either prevent that or to eliminate it/clean it once it’s cut? And on that note, does anyone have any advice on the best way to clean off residual charring on natural leather?Thank you!

Lots of suggestions on cleaning in the forum if you do a search. I use the ‘orange’ industrial hand cleaner but many use baby wipes…

A silly idea, but Febreeze might be of some help?

I’d be wary of using febreze on any items that might go to someone else (sold or gifted). Many people are sensitive to chemical scents such as in febreze. I can’t breathe anything like that without getting wheezy and triggering asthma (I only have asthma when triggered by something like that).

Placing in a container with some charcoal bags might work! I did that with a leather tote I have that had an odd smell. I also tried orange essential oil. The orange oil didn’t exactly take the smell away (although in this instance, it wasn’t exposed edges that smelled odd, it was the whole bag) but it made it smell so nice that I couldn’t really detect it anymore. lol You can just put some on cotton balls and then store in a container for a while and see if that works.

Some people say that leaving leather bags in the freezer (or leaving outside in the sun) for a couple of days can get rid of the smell, but that’s with finished leather - I don’t know if there is any harm in doing that with other pieces. (Generally speaking, I have often heard when something cannot be washed normally, you can put it in a trashbag outside in the heat or place in freezing temperatures for several days. So that kind of falls in line with that theory I guess.)

Many people are sensitive to chemical scents such as in febreze.

Somewhat hilariously is it my understanding that someone came up with chemistry that changed what makes most organic smells smell, making them undetectable. When they first sold it, folks who were used to putting an overpowering good smell push out the bad smell were very disappointed that they could not smell the Febreeze and complained.

So now they have made some stuff that has scents the rest of it won’t quash, but the unscented I understand is still the original formula. That whole discussion could just be puffery, but I get exactly those sorts of asthma attacks, and have combivent nebulizers to deal with it, but have not been affected by the unscented Febreze enough to notice it.

Any type of cleaner we use in my home has to be a natural type of cleanser.
I’m fine with things like windex, but other things UGH. For example, my husband used to buy this stain remover for carpeting and it made me SO ill. I would be sick for the rest of the day, or I’d have to stay out of the room for a long time. It was awful. I switched all of our cleansers and sprays (now there are so many more natural options than there was even a decade ago). But my favorite is Thieves Household Cleaner - I could smell the bottle itself and not have one problem.

(Not true for eucalyptus, that is a respiratory trigger for me, too.) I also found something recently specifically calling out “no respiratory irritants” which I was excited to see. That would make it a lot easier to find things I can use if that labeling is adopted more regularly.

Since the smell is horrible, but wears off well on its own, I put my laser cut leather items in a distant part of my house and come back a week later. I’ve tried messing with it while stinky, it gives me a headache and queasiness.

Things that bad deserves one of these Blu-Dri critters about. A couple of times this past week I have been running mine just from stuff in the kitchen. I bought it for the Glowforge and now just pump outside, but for incidents that you describe.
They are worth it just for that.

Alas not much to help with the odor while cutting/etching–make sure you’re venting properly, and don’t have wind blowing the exhaust back toward your window! (not always avoidable with my set up).

I’ve found the smell after cutting/etching is mostly due to the soot. I like using a mild soap, and a very soft toothbrush (type for cancer patients, softer than any soft usually in stores). The soap grabs the soot, and some water to rinse it away, then dab with a towel and let air dry… Though if it’s suede or nubuck, this method might affect the finish, and then I just use masking tape or other low tack tape, to remove the soot but doesn’t affect the finish. And if you have a lot of the scrap (other side of the cut piece you’re not using), seal that up in a bag, rather than let it sit in an open garbage can where its aroma is free to express itself into the rest of the room…

But as others noted, stay natural. Wipes can be great, but a little soap & water is a lot cheaper… But always test–what works for one tannage may not for another… or for etching from grain side vs. cleaning the cut cross section/flesh side…

(I also rarely cut leather with my GF–prefer hand cutting for a variety of reasons, one being avoiding the cleaning issue–sometimes score to help define the pattern–but I do love etching leather!).

but the unscented I understand is still the original formula.

Yep, read that too. The original formula had no scent because of how it works, it didn’t need one. 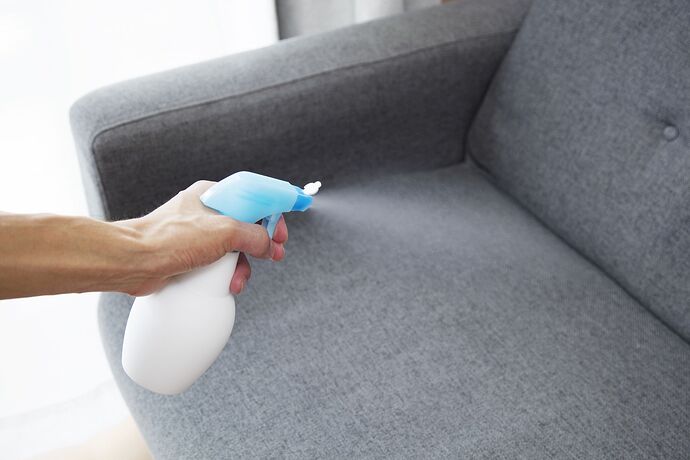 The active ingredient in Febreze, cyclodextrin, binds to odor molecules and removes them from the air.

But P&G found it didn’t sell so they ended up doing a ton more research to figure out why. And that’s why they changed the marketing and added a scent. (I still get the unscented and anti-bacterial version as I’m not looking for the “cleaning reward” - just want the smells to go away and the germs along with them). 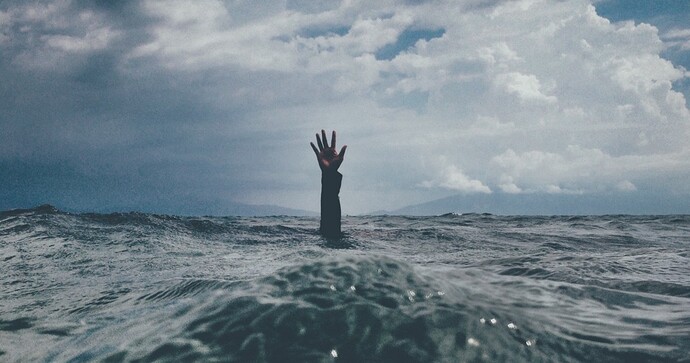 From Sinking Product to $1B Gem

Procter and Gamble missed the mark with their original ads for Febreze. But after proper sleuthing they got it right.

It’s similar to why vacuum cleaners are so loud. No one thinks a quiet vac is working right. It needs to make noise or people don’t buy them. Air fresheners need to smell like something or they’re not working.

I have heard of some people using ozone generators to remove odors, although I haven’t tried it myself.