Sad news for some international backers

We’ve been processing reports from our consultants this week about international compliance, and we have some unfortunate news. There are 20 countries we will not be able to deliver to for legal or logistical reasons. We’ve sent an email to everyone affected already to arrange for a refund.

While it only affects a small number of customers, we feel terrible about it. The affected countries are:

For customers from countries not on this list (including the US), you can continue to expect a schedule update via email this week if you haven’t received one already.

9 Likes
It's starting to feel like I have been scammed
Discussion of October 2017 update
Glowforge Import
Wait, still waiting for my GF
m_raynsford October 12, 2017, 7:20am #2

Why isn’t this in the announcements category? it seems fairly important to anyone who may have missed the email and who may be considering buying a machine from one of those countries.

Posting in announcements notifies many thousands of people. This change impacts only a tiny handful that have already been notified directly. We’ll shortly be pushing a change so that new orders can’t be placed to those countries.

I post it here only because everyone’s curiosity about our operations is boundless and humbling.

Thank you for a response, but it still feels like a fairly big announcement hidden in the depths of the forum.
Lots of people have friends in foreign countries, they don’t want to sing the praises of glowforge to their friends only to have them find out they can’t have a laser once they go looking to purchase.

I’d have to agree. My situation is I have ordered for New Zealand and will actually be moving to Australia before my unit ships so wouldn’t have gotten an email. fortunately those countries aren’t effected. I doubt many people are in that situation. If you are going to post this at all I’d say put it in the place we look for official communication like this.

If you’re planning to move @gdfraser or recommend Glowforge to a friend @m_raynsford, you’ll need to check and be sure your new country is supported for delivery, with or without this change. We don’t support most of the 200 countries in the world - with this change, we moved 20 countries from one list to the other.

I see both sides of this and I don’t envy you having to make calls on communication like this as there are so many people out there in internet land.

as long as its updated for the order stage so people cant order in those places and people have been notified who are effected I think that’s reasonable steps.

Hong Kong owners should get the Glowforge as schedule, right??

Yes, as it stands the current status is that anyone who placed an order during the 30 day crowdfunding campaign will have their unit in their possession before the end of October.

As you may know, our next milestone is to ship all of the orders placed during our 30-day crowdfunding campaign by the end of October. (Actually, our goal is to have them delivered by then - but that’s harder for us to track)

There has been no official information to contradict this statement made so far.

We’ll have a schedule update for you this week with a date - but if your country isn’t on that list, we have a plan to make sure you get your Glowforge delivery.

And as we’re all becoming aware a shipping notification doesn’t mean your unit is being shipped it means they’re about to start assembling a unit which has your name on it and it should leave the factory at some point in the next 6 weeks.

Glowforge's Definition of Shipping Everything Else

I wanted to make this it’s own post as I am incredibly frustrated by @dan (IMHO) misleading definition of shipping. According to the banner at the top, Glowforge is shipping “Day 9” for Basic and “Day 1” for pro. Yet shipping doesn’t mean your unit is out the door, no it means they have sent an email to you to collect your mailing address. To put this into perspective, by Dan’s definition, Glowforge has been “Shipping” since day 1, since they have been collecting mailing addresses. I understan…

I think the question is does Hong Kong count as China as far as GF shipping is concerned.

So China can sell the K40 here in the states with no safety interlock, and very little else in the way of safety, but you can’t sell a Glowforge there.

Maybe it’s not a safety issue. But I find it curious. It’s too bad. A product like this is something that could help with the trade deficit, even if it is in a very tiny way.

Whatever fly-by-night organizations that are making shoddy Chinese lasers and selling them in the states are probably not concerned about liability or compliance with safety certifications. Glowforge, on the other hand, is required to be, if for no other reason than duty to its investors.

Since that list includes most of the worlds most populated countries it is actually a very large exclusion.

Unscrupulous merchants will sell whereever they can get away with it. I would like to think it would be more difficult to get away with selling unsafe IR lasers in this country… but that’s prolly not going to be getting better any time soon.

I would have expected all these kind of things be vetted long before the crowd funding project ever kicked off. It’s not like this was some green horn kid starting this project from his parents basement, this was DAN SHAPIRO headlining this company. I dunno. It’s details like these that truly worry me. =(

Yes or failing that in the two years before now. It looks like they only started looking into international shipping recently.

As an international customer i still believe they are able to create an amazing product. But i also starting to believe that there is some missmanagement what surprises me. Developing something which has never be done before is a perfect excuse for all the delay. But canceling now some international orders… therefore i have no understanding. If you start collecting money from all over the world it would be just fair to check before the laws of each region. I like the approach of LeanStartup, MVP, RapidPrototyping, Fake it before you make it and so on but i think this is too much. Waiting for 2 years in order to get on the final mile this kind of news wouldmake me angry.

P.S. But we will see what will happen, Europe i guess did not receive E-mails… maybe i am angry soon too

I can imagine that europe need this kind of magic button… 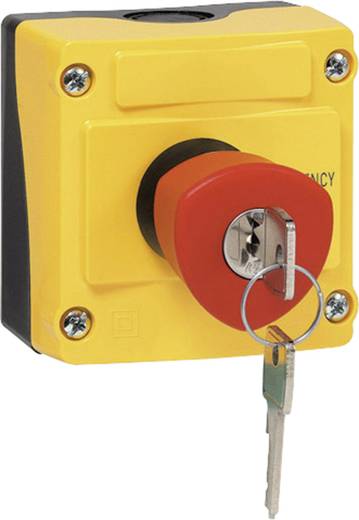 But north Korea is good to go?

Or is that just a assumed no go