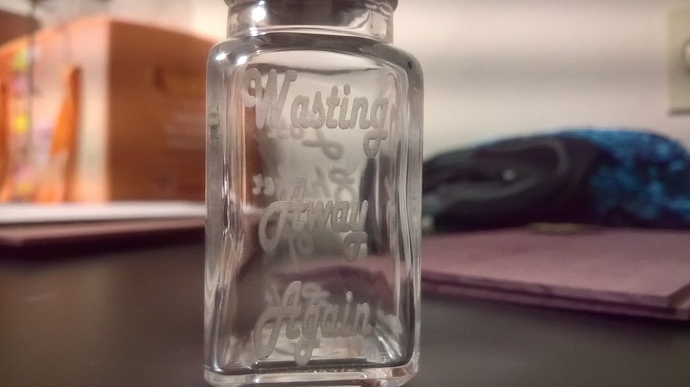 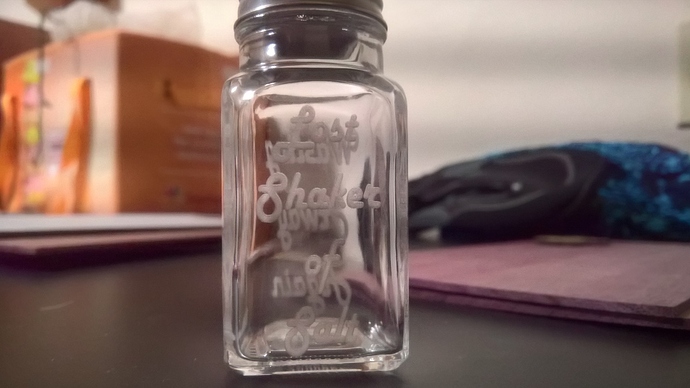 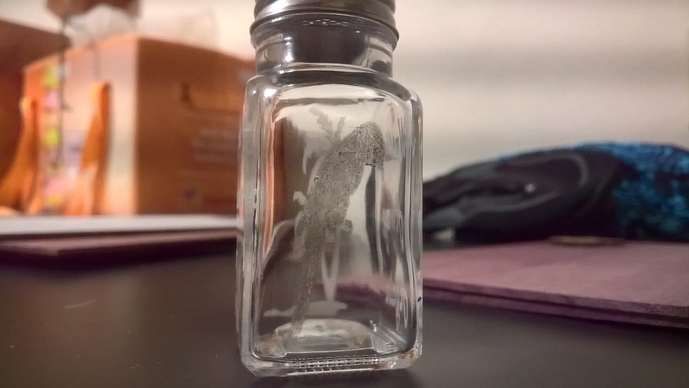 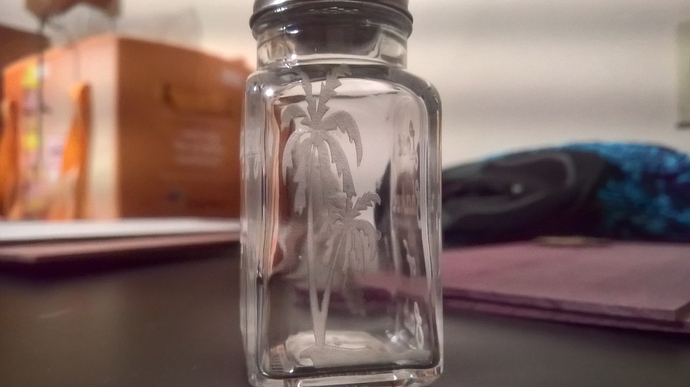 That’s great! Really came out very nice!
Is that direct engraving or was that sandblasted? If direct, well, I don’t know how this works… Does the beam hit and etch without passing through, or does that not matter, or am I over thinking?

Blue masking tape so the laser could focus, tray removed and then chalk blocked to elevate into focal range. Direct laz… Shocked how good it came out

What settings did you use? I’ve been trying to get glass dialed in for awhile, but been too busy with wood stuff to take the time

Shocked how good it came out

It really did. Thanks for the info!

Those are spectacular…love the theme

Hopefully start a new thread as answering settings questions would get the thread booted to Beyond the Manual.(But could easily cross-link to here.)

Ya so…
I think having to create two threads is super ridiculous one for the project and one for settings. Because it’s not already inconvenient enough that we can’t save them but now if we have to talk about them we can’t in the project topic but instead have to do it in a separate thread

Just post in Beyond the Manual and let Made on Glowforge wither.

Ya that’s probably what I will do in the future. It really is a war on people not useing pg. I understand they sell the machine and want to drive material to create the long term revenue… But they are not going to offer salt shaker now are thry

And I don’t even think everybody using PG will use PG settings all the time. They have to be conservative to ensure cutting through every time, which must need a substantial margin to cope with variations in material and tubes, not to mention tube ageing. Conservative would mean more char and flashback than strictly necessary.

I don’t even think everybody using PG will use PG settings all the time.

I agree, I’m not as impressed with the PG settings at the moment, but I just might be sensitive because of the recent scale changes.

Another issue is they might change from one day to the next with no warning. If you were repeating a successful job you might want to stick with what you know works.

Great project … but now that dang song is twanging away in my head. Thanks for the ear worm, LOL.

Having to experiment with settings to dial in a result gives me an appreciation for the time and effort required to get Proofgrade settings right.
I used to have serious flashback issues cutting, but those have been nailed now. I find I will rely on them for cutting, but I more and more often set engraves manual. To me, the default settings were an easy way for me to begin using the machine without having to run a series of tests to get things right. For inexperienced users, a target market, the Proofgrade settings are a leg up.

It doesn’t take long before you begin to get a ‘feel’ for the relationship between settings and results. I have also found the default Proofgrade settings reflected when I chose manual to be informative for a starting point.

The shaker engraving came out splindid!

Initially I was also irked with the slightest mention of a setting getting a topic booted to Beyond the Manual, but the more I think about dan’s concept the programmer in me agrees with him (though that doesn’t mean I’m not a little annoyed.) Having a thread about glass and all of the settings you’ve tried with this and that and then after a settings change, etc… is a lot easier to find than remembering that there are glass settings in Clone’s salt shaker thread and some more settings in the shot glass thread and other settings in the cheap picture frame thread. So similar to the tutorials I think a series of threads centered around classes of materials and the settings people have tried would be more useful in the long run.

I don’t imagine that will take off. Not that it’s a bad idea, just that you’d need buy-in from everybody for it to really work. I’m thinking some sort of loose standard in posting…

Yeah, @dan this has really inspired me not to post projects. I’m not making 2 posts, it’s stupid and honestly no court is going to view this as protection. It’s putting a quench on the community.