Seattle Symbol (Part 2 - The base)

So, a while back, I recreated one of the symbol of Seattle (the Car Wash Elephant sign) and needed to build a custom light base for it. (See original post here: Seattle Symbol - Made on a Glowforge - Glowforge Owners Forum)

Well, it took a while, but I took the suggestion of acquiring some UV Led Strip and finally got around to finish the project.

For the base, I used some thick transparent acrylic and thick black glossy acrylic (to support the original design which was quite heavy) and proceeded to build a box with proofgrade medium size matte black acrylic.

On the process side, I did the initial drawing in Illustrator and did a prototype in cardboard, mostly to make sure I had the dimensions right (and of course that prove to be wise). Also, it was good to have something I could try out, to figure how to position the 2 light strips (one illuminating the fluorescent part and one illuminating the front).

After the assembly using fast-set acrylic glue, some soldering and adjustments, and putting a piece of black felt underneath for stability, it was ready to be lit. In the end, a lot more effort and cost than buying a ready made base online (although I doubt that I would have found one adapted to the piece).

Here are some pictures of the components and final result. Definitively a fan of the fluorescent material and the finish of the Matte Black Acrylic with Shiny black one on top. 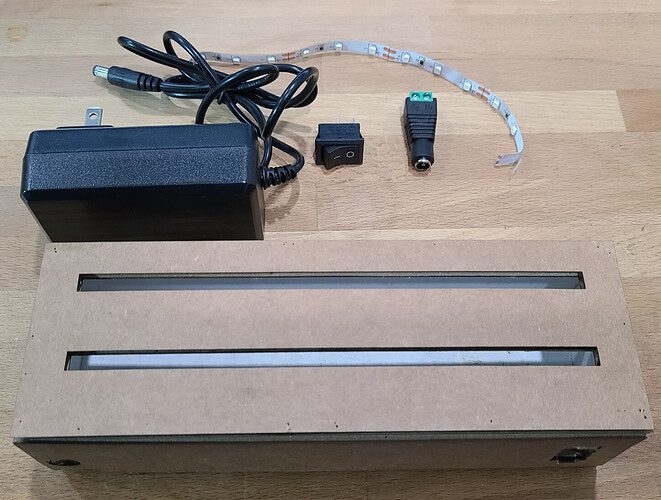 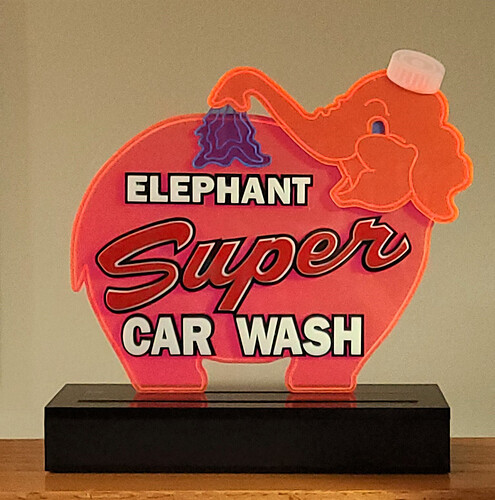 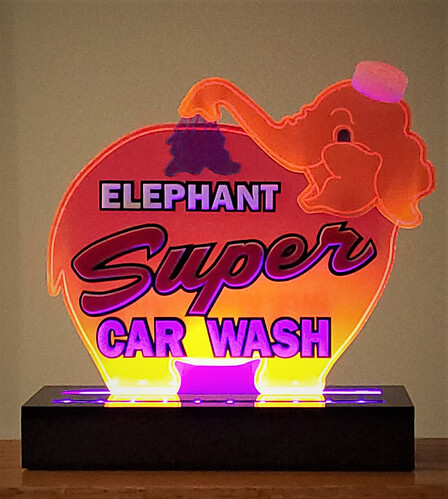 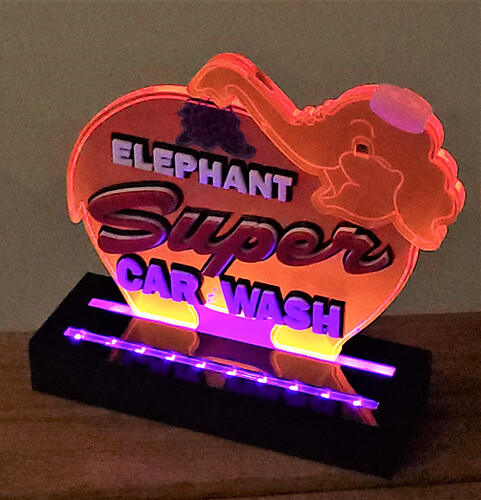 As a teen, my brother worked at Octopus Car Wash (New Mexico) that had similar kitschy, eye-catching signage. Octopus was featured in Breaking Bad as the A1A.

And here I thought the symbol of Seattle was Lincoln’s Toe Truck. Or the “stop for me, it’s the claw!” signs.

Try a piece of white acrylic in the slot instead of the lenticular lens. I’ve also used parchment paper or velum behind signage to work as a diffusion layer.

For example, this is a transparency and a piece of paper sandwiched between two pieces of plexiglass. Not exactly the same thing but it gives you the idea. 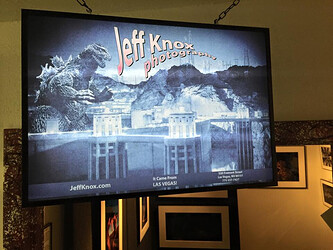 Edit: You could also try an inline potentiometer with the front strip to allow you to adjust the brightness.

It is such a fun look!