So we just received our Glowforge and one thing we want to do is engrave iPads for asset tagging purposes. They are coming out great but would anyone know of a quick way to create sequential labels instead of creating them individually in InkScape? (e.g., RCSAir1, RCSAir2, etc)

Hm if it were me I might use a spreadsheet to make a bunch of label texts then copy/paste the sequential text into inkscape text tool as one big chunk of text.

You can then object to path, ungroup, and regroup as you need.

How many are you talking?

PDF might be possible, since it eliminates the whole stroke to path business. It’s possible to make simple PHP (and other language) programs that will generate PDFs. You could make a script to spit out pdfs at will.

You could make one label, then go in with a text editor on the SVG and add a ton of more text objects. Reopen in inkscape, convert to paths, and voila. Actually that’s what I would do.

Again, comes down to “how many?” to decide how much effort to expend here.

Great ideas! I am looking at a few hundred total. I hadn’t thought of any of those so thank you! For the text editor idea, would I be creating individual files for each number back in inkscape? 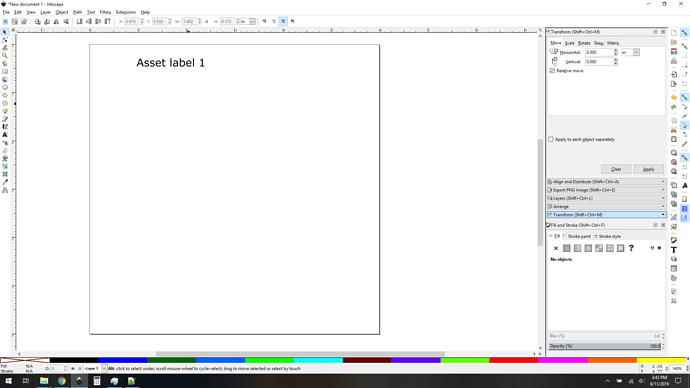 Open the svg and find your text 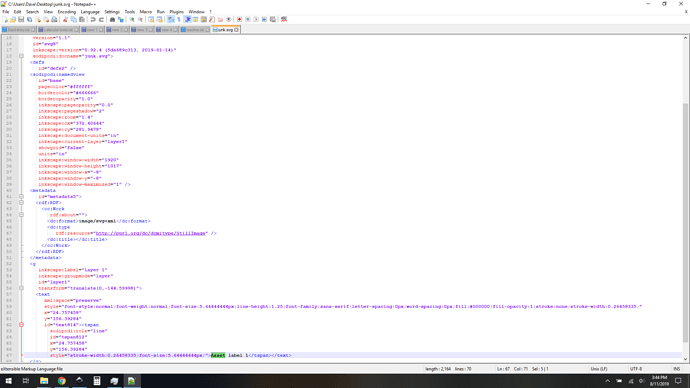 Copy and paste it a bunch. 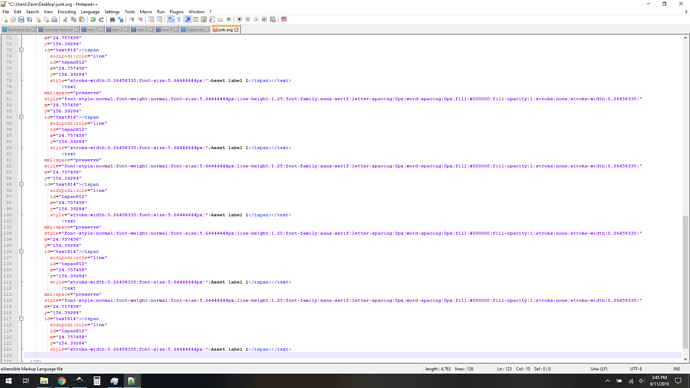 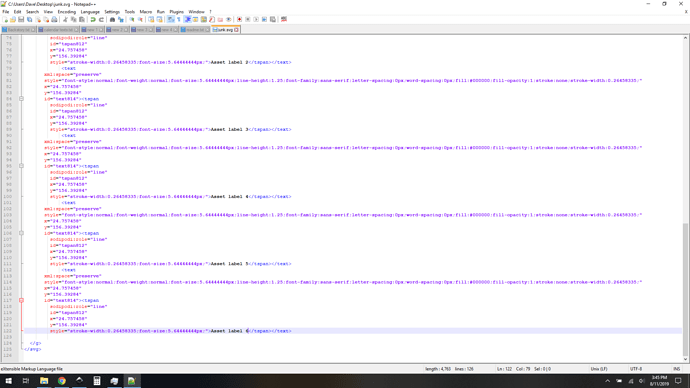 Save and Reopen in inkscape We never moved the coordinates, so, they’re all on top of each other. 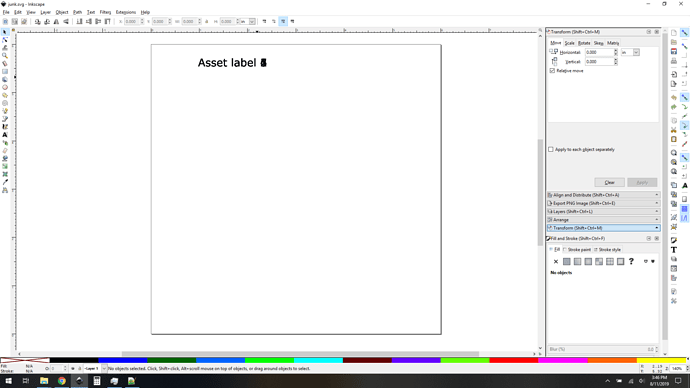 Use arrange to spread them out or whatever. 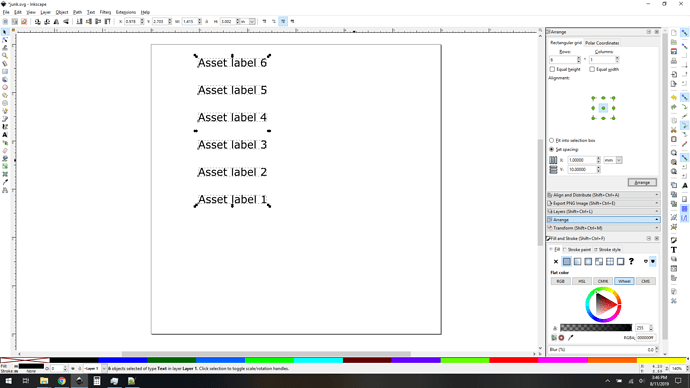 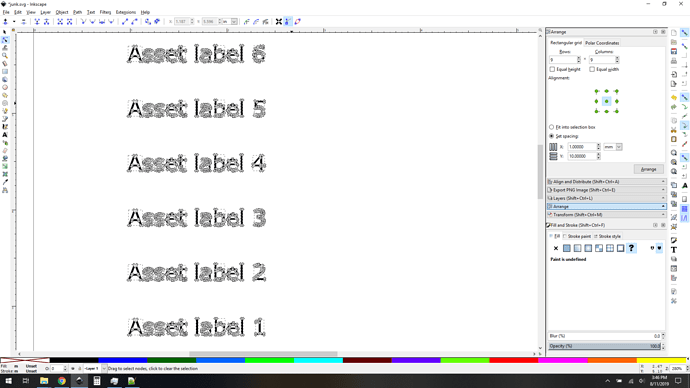 Since you’re talking about 100 of them, I might make a script to do it, but then I code php for a living and find that sort of thing interesting and fairly simple.

There are lots of ways to merge text and numbers, use whatever tool you like to generate your giant array of text svg objects.

If you wanted individual files, you could make a php script that creates SVGs one at a time and get 100 of them wrangled up in no time. You’d still need to convert the whole thing to be text to path… there are lots of ways to do this. In fact, you could make fully formed labels with borders and stuff and use this concept to make many copies. I’ll hit you up on PM.

Got it! Thank you! I’ll give that a shot!

Since it’s 100 of them, I might make a php script that spits out PDFs, as I believe that won’t require converting to a path.

Okay. You can use OpenOffice to do the mail merge and export as a PDF, convert the PDF to JPG and engrave! If you are on a Mac you could use Automate to make a “droplet” to drop the CSV into a folder and have it auto create the JPG for you. I am sure other operating systems could create a similar workflow.

You can do a mail merge.