Sketchup to Inkscape to SVG - right and wrong way

I found something out this weekend, that helped me, so I thought I would share.

I have some old projects in SketchUp that I wanted to cut on the GF. So I opened up Sketchup, got my drawings correctly aligned and exported them to a PDF (using the trial version of Sketchup that is fully featured)…

I then imported that to Inkscape, resized it appropriately and saved it as an svg.

Then I import it into the GF UI. This worked most of the time, but when I had a really complex design the GF UI would not render it. I contacted the support desk and they analyzed the SVG and told me it had too many nodes.

I found a way of exporting it, so that it would have way fewer nodes.

Let’s say you start with a picture like this in SketchUp: 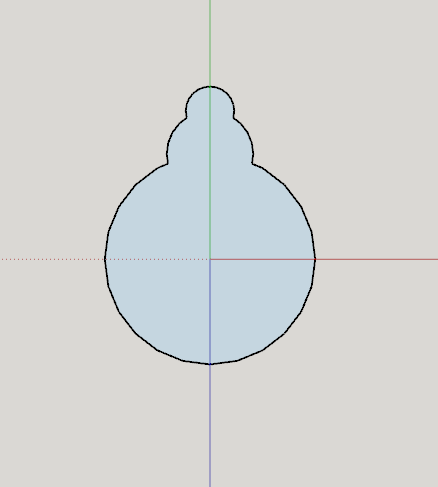 And you export it as a PDF for Inkscape. When you open it in Inkscape, you get the following: 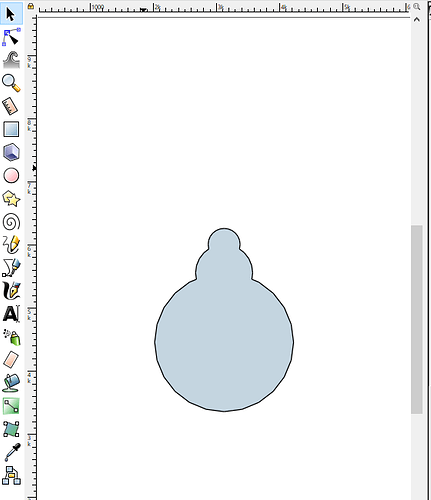 SketchUp actually exports both the lines and the faces separately. You can actually move the face away to another location: 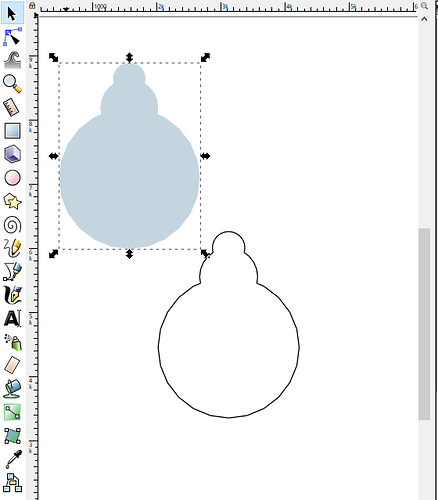 I was erasing all the faces in my designs (either in SketchUp or in Inkscape) and keeping just the lines, because that’s all I wanted to cut. But if you look at the shapes in Inkscape, you can see that they are actually broken up into LOTS of individual line segments, rather than one large shape. 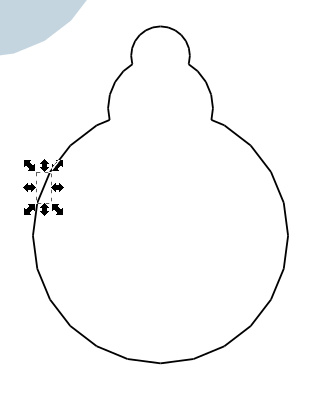 If you look at the face object, it’s only one large shape with many nodes, not 100s of line segments. 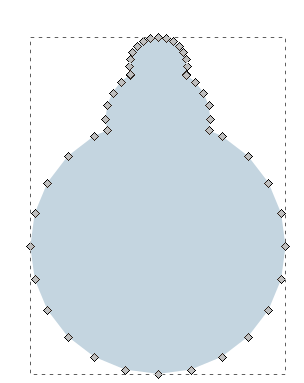 SO, if you can, keep the faces, not the lines. You can do that by hiding the edges in SketchUp before you export the file (Under View -> Edge Style)

Once the faces are imported into Inkscape, you can give them a stroke and remove the fill, by using the “Object -> Fill and Stroke” panel. Set the fill to nothing, and the stroke to a solid line.

Once I did that with my complex designs, it loaded in the GF UI in about 5 seconds (rather than the minutes I was waiting with my other designs).

Sometimes this does not work, because you want to keep some of the edges that are not associated with faces. But if you can, keep the faces, not the edges.

Good work around. Always important to check the structure of your source files! Even if you get a design, structured in that way (many small paths), to process and cut, it’s going to be much more inefficient than a single path outline. Not to mention the possibility of excessive scorching at the multitude of start/stop points.

I think that the key takeaway about using SketchUp in all this is that the vectors it exports to PDF are twice as much as you think it might be: One vector of the black (penned) outline, another vector of the blue (filled) shape.

I no longer have a Pro license for SketchUp (only Pro lets you export to PDF vectors), but I have a DXF plugin that exports line segments in a similar manner. Thankfully (somewhat) it doesn’t include the fill coloration on the exports, but it still has separate line segments (rather than beziers) because that’s just the way SketchUp works.

Unfortunately, Sketchup doesn’t create true curves, only facets. (The more your “curve” looks smooth, the more nodes/facets you’ll have) This is an endless problem with SU for any kind of CNC work.

SketchUp does actually create smooth curves, it’s just up to the exporting method to get those out of SketchUp. You can use www.getfabber.com to export SketchUp models to SVG with proper curves.

I’m not inclined to watch a video to find out what they do. That’s a really weird way to try to show off your software.

How would you prefer to see what the software does?

Written documentation like just about every other piece of software out there? Proper documentation that you can refer to without having to scrub through some random slow-paced video?

Right now the software is in very early development so written documentation isn’t a focus right now. There is a total of under 12 minutes of video that will take you from downloading and installing, all the way through using every aspect of the software. It’s very simple to use which is why that short amount of video is all it takes to describe it.

Could you elaborate @ericschimel?
That link is light on info and even after signing up for beta access it says they’ll get in touch “in the coming weeks”. I’m curious if it converts the SU to curves on export as SU does NOT natively create curves. If you create one and zoom in it’s always facets.

We’re rolling beta invites about once per week so we don’t get too overwhelmed at this early state.

I’ll make sure a round of beta invites goes out today, so if you already signed up you’ll get one. From there you’ll get into our forum where we’ve documented the process of using the plugin in much greater detail.

I’m more than happy to answer any questions here however.

I just sent out a bunch of beta invites, along with an updated plugin (so if you were on it, and it expired there’s a new one for download)