Solution to my WiFi problem?

My home has WiFi but I want to put my Glowforge in my studio which is over our detached garage. I have just discovered the concept of “tethering a laptop” (Mac here) to my iPhone as a hotspot. Any experience or advise in this area? I have AT&T and 3-6 GB of data/month. I don’t envision running the Glowforge for hours at a time…just hobby stuff. Feasibility?

FWIW: How far is the detached garage from the house. I extended a friend’s wifi from his house to his greenhouse business easily 350 ft away for about $40 in equipment.

To clarify, the garage is detached in the sense that it is wired separately. And there are 2 brick walls that my existing WiFi will not go through. I might also add…I am technologically challenged.

Understood. I’m sure there is a simple, cheap solution to get around the brick attenuation but it would depend on your particular home layout. So I guess others will have to comment on the hotspot solution.

I believe the hotspot solution would work (although I don’t have experience with that type of connection). But I think @rpegg is right that finding someone to help you either extend the wireless or adding a second wireless access point will likely be the most cost effective solution and, depending on where you like, will likely provide better bandwidth than a hotspot.

And probably don’t need to hire an expert. Your average neighborhood geek will work.

The hot spot will work. You really wont be moving too large of files.
But i agree with @rpegg about looking into some WiFi extenders to push the WiFi to your garage.
You might also be able to reach be just relocating your router to a higher location away from any windows. you would be surprised how much a plane of glass blocks WiFi compared to a wall.

From @Dan: Hotspots will work

Glowforge requires a wifi connection. It will work with a wired-to-wifi converter, and with cellular internet adapters like the MiFi device and cell phone hotspots. It’s also resistant to internet outages and works with slow bandwidth (if the connection drops, it finishes what it’s doing and then pauses).

He has also stated that the data sizes would be measured in MB, not GB, so you should be fine with the plan you have now at least initially, unless you regularly come close to its limit without the GF already.

How did I miss this? I thought I had read everything that @Dan has written…twice!

This is encouraging and I’m going to look further into the cell phone hot spot route. Strange…I can analyze someones chromosomes but have trouble with most computer issues…

I work in IT and deal with wireless and similar ways of bridging internet to different buildings.

You have multiple options depending on you house and garage and the router’s(the box where your internet comes in) position:

Wifi extender/repeater(plug in elsewhere in your house to extend wifi, or plug in your garage as good repeaters usually have bigger antennas than consumer devices so get better signals)

Ethernet power line adapter(runs internet to another location via your houses mains power circuit, but this probably wouldn’t work if the garage is on a separate power circuit)

Change your router to one with bigger sticky out antennas.(a lot of routers from your internet supplier use smallish and sometimes internal antennas that don’t reach as far)

Glad someone pointed you to that - not only is the hotspot supported, it’s how we often do demos.

I would suggest trying out the hotspot now, and see how it works. If you can load this forum, or do a google search, you are probably in the clear. You can also try loading the speedtest page from Ookla to see some data-speed numbers. I had hoped to use my hotspot at my parent’s house over the holiday to watch netflix, but my ATT signal was not strong enough at that location; my girlfriend’s t-mobile phone had a strong signal, and we watched netflix on a macbook using her phone’s hotspot instead.

Patting myself, and all of you, on the back and typing this message from the room over the garage! Thanks so much!

What solution did you go with?

For now…using my iPhone as a hotspot.

if youre on the same power lines, you can use a ethernet over power, and hook an access point up to it. I use this method in my bedroom at the house, and even play xbox games over it. works great. this is what I use: 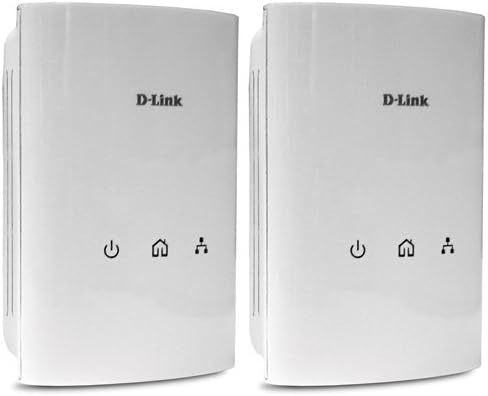 Powerline adapters are amazing when they work, but in my experience this is very hit or miss with your houses age being a major factor. They are pretty cheap though, so worth a shot.

My old router went out so i had to get a new Wifi connection and password. How in the world do I reconnect the Glowforge to a new wifi? I tried going to http://app.glowforge.com/setup but my Glowforge won’t product a blinking blue light. It just keeps telling me it’s offline. @dan