Some people just want to watch the world burn

Was invited over to a new neighbor’s house. Noticed they had a preponderance of those little signs all over the house, especially in the bathroom…

Because I own a Glowforge… on my next visit, I asked if I could use the rest room and added this: 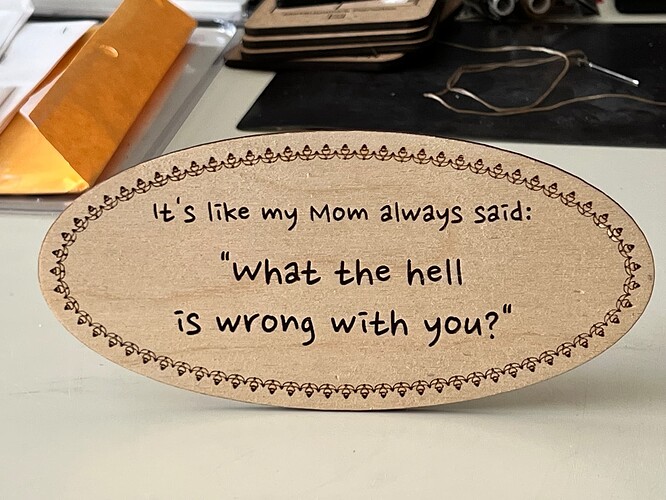 Nothing has been said - not sure anyone has even noticed yet…

(And yes, I got the rest of that masking off before I sealed it with clear coat…)

Do the “this is not a place of honor” nuclear waste warning next. 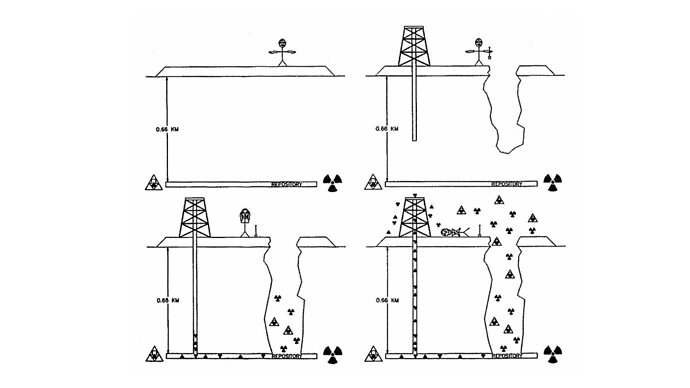 This Place Is Not a Place of Honor

This Place Is Not a Place of Honor, otherwise known as Long-Time Nuclear Waste Warning Message or Radiation Warning Copypasta, is a message intended to warn future cultures about radioactive nuclear waste that will remain dangerous to humans for...

The funniest one I’ve ever seen was this kitchen sign “You only live once, lick the bowl.” in the bathroom.

That’s great man, will they know whom to blame?

next time, you can do this… 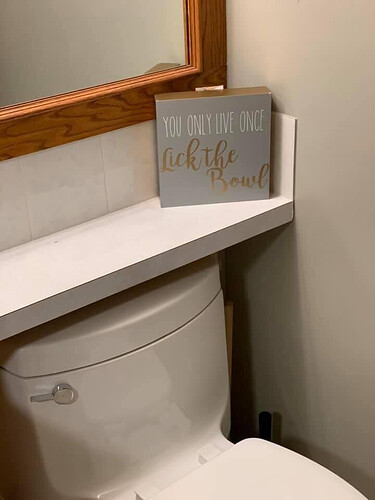 Please leave a new sign each time you visit!

In a world devoid of heroes…

Please leave a new sign each time you visit!

Or swap it out with another.
I bet that would take longer to notice than a new sign on the wall.

For future reference the Mom Said we always used was
“If it feels wrong, it probably is”.

I see you used that new line thingy! It really helps the look

see you used that new line thingy! It really helps the look

Yeah! Thought it was a nice addition.

One I’ve always liked is “Just because it’s a bad idea doesn’t mean it wouldn’t be a good time!”

Nothing has been said - not sure anyone has even noticed yet…

I left a 3D printed brain (about 2" tall/long from an MRI) in a weird table in the men’s room at work. (For the ladies who might wonder why it’s weird, men’s restrooms usually don’t have furniture, but someone’s idea of office decorating included putting this occasional table in there. It had a door and a little storage area.)

Three years later it was still there. I expect since the office has been vacant for the past two that it’s still there.

Never any mention of a brain being in a table in the men’s restroom.

For work, I made these two signs at the beginning of the pandemic for my office and nobody’s taken them down yet. 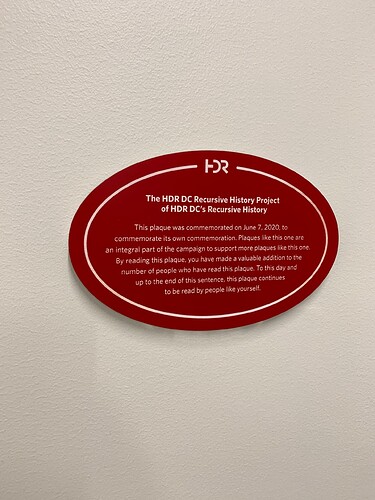 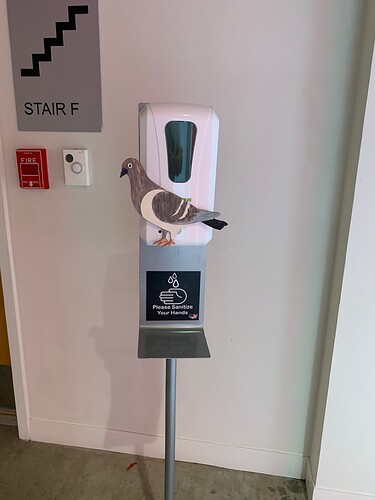 And last fall, I bought a big bag of googly eyes and I always have a little snack ziplock bag of them in my pocket so I can “googly” things at random when I see opportunities at other peoples’ houses. So much fun.

I made a comment about a piece of art that pretty much every employee has to walk by multiple times a day, and my coworker had no idea what I was talking about…some people just don’t look at their environment!?

For a very long time, my internet hub has been named “NSA Investigations”, so as we were being forced to upgrade the equipment I was trying to upgrade the joke as well.

So first I was thinking of the MOAM or some variation of it but nobody believes in men from Mars anymore (except humans who have been visiting there, or the FNL from the candy company that might be scary not that way) so that went sort of flat.

Then I thought of the reptile people from Vega. But a secret Vegan Conspiracy is not impressing anyone with them even having their own Vegan Restaurants, the fear factor has been neutralized so much, folk would no longer even get the joke.

So it remains NSA Investigations.

Some of my neighbors have a sense of humor…

That last was my intention without mentioning it would be a van.

some people just don’t look at their environment!?

people know. we just have a good sense of humor.

We had to put hand washing signs in the bathrooms to earn points toward the “Well” certification for our space. Here are a couple of samples. Different sign in every bathroom (8). 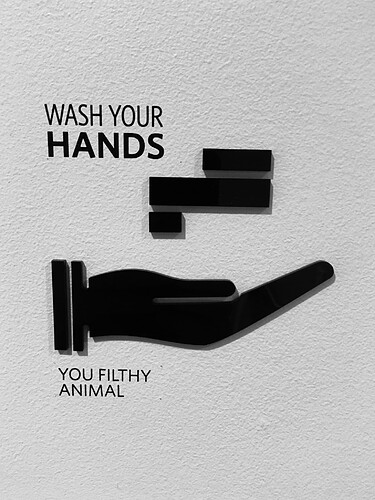 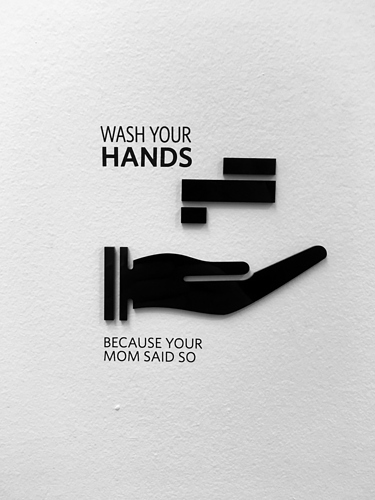 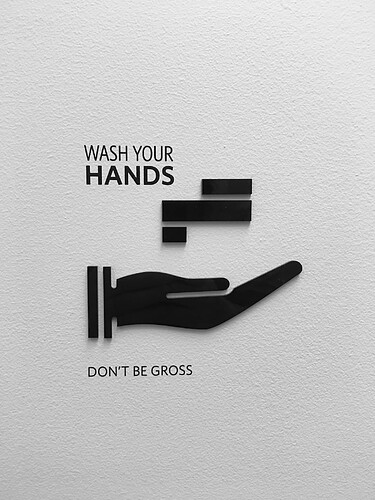