My wife’s favorite game is SORRY! I’ve been a bad person most of our marriage and said unkind things about the game. Recently, I played the game and realized that I’ve been unfair (perhaps this was colored by the fact that I won the game). Anyway, in a desire to atone for my sins, I decided that I would make my wife a kick-ass SORRY! game.

So, I first modeled the effort in Sketchup. I like to do this to get a firm idea of how it will all go together and minimize the inevitable mistakes and wasted material. The first two pictures are Sketchup screen grabs.

Then, I started cutting acrylic. I wanted a game board with a black relief layer so one couldn’t “accidently” bump their pawns to a different spot. Not accusing anyone, but let’s just say that I’ve seen this happen,

Part of the game board was cut on a table saw. part on my CNC machine, but most of it on the Glowforge. I decided that I wanted the board illuminated from below with LED lights which resulted in hours of soldering LED strips, but how else can you get the “After Dark” edition? The switch is hidden under the center badge which is affixed with magnets (I do so love magnets).

I also wanted a backlit, touch screen version of the card deck so that nobody had to shuffle in the dark. So, I paired a Raspberry Pi with a battery pack and a 5" touch screen and put it in a Glowforge-cut box. I wrote an auto-launch Python program to create the virtual deck, shuffle it, and display a card when you touched the screen. If the deck runs out, it re-shuffles a new one. It even plays a sad foghorn sound effect when the SORRY! card comes up.

The final touch was to buy some 2003 edition SORRY! pawns off eBay that are translucent so that they magnify the LED light coming from below. You truly can play the entire game in a dark room without struggling to see pawn colors, cards or board positions. 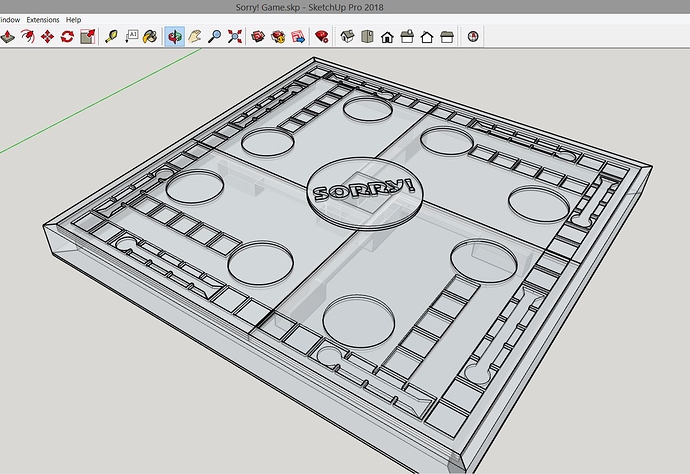 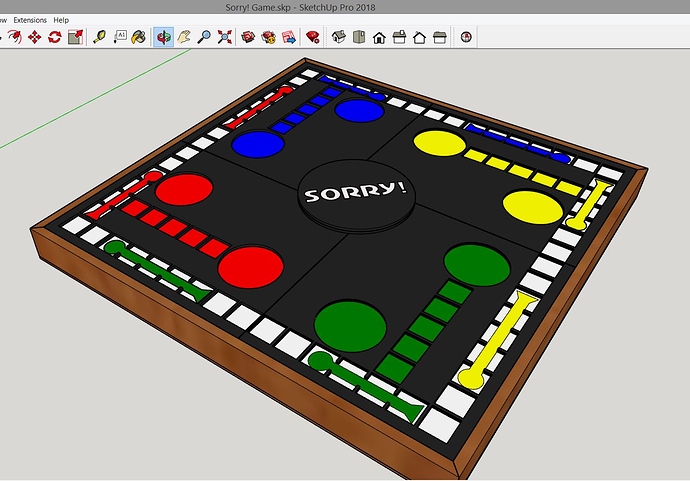 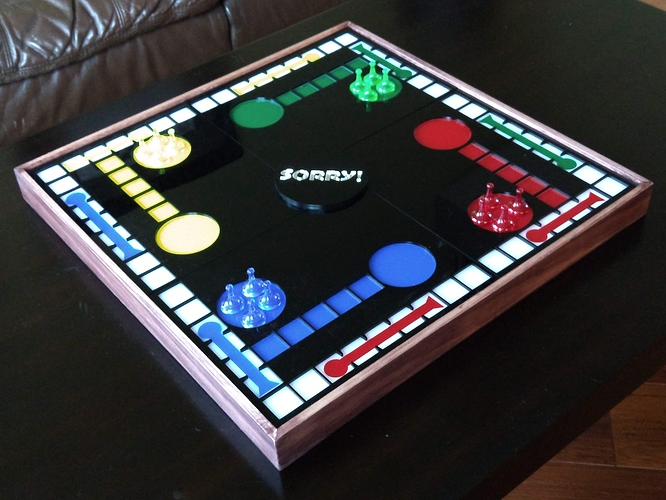 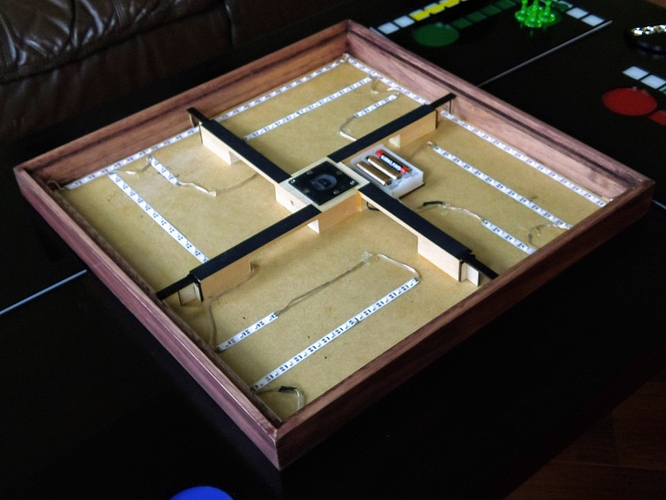 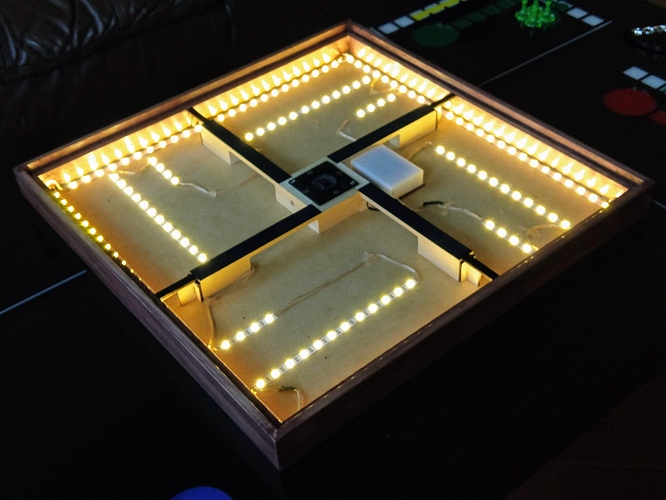 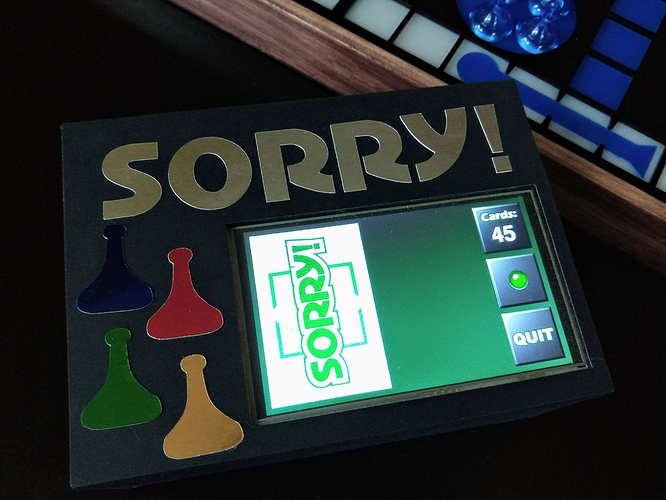 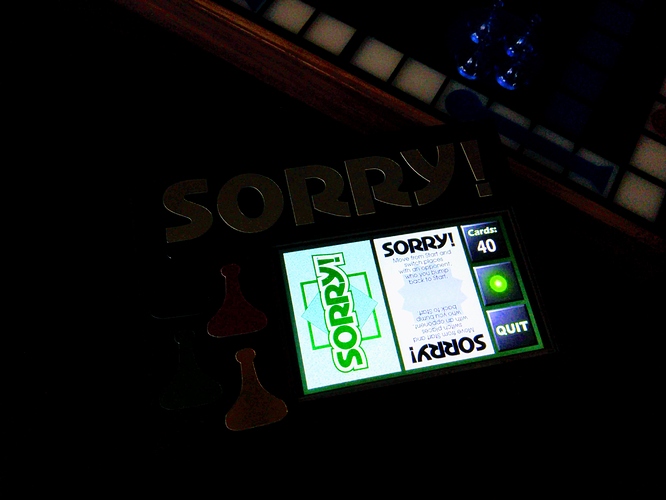 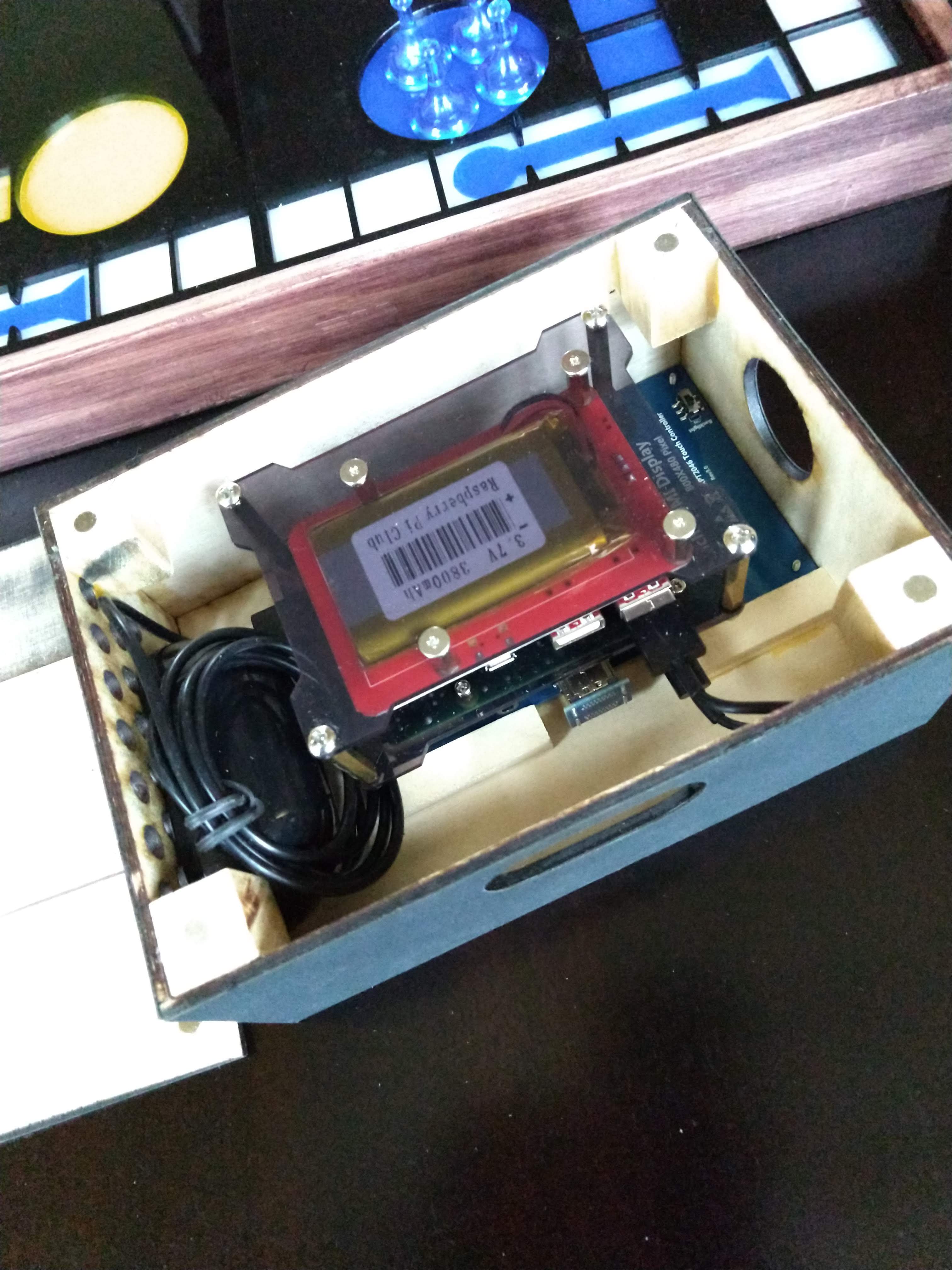 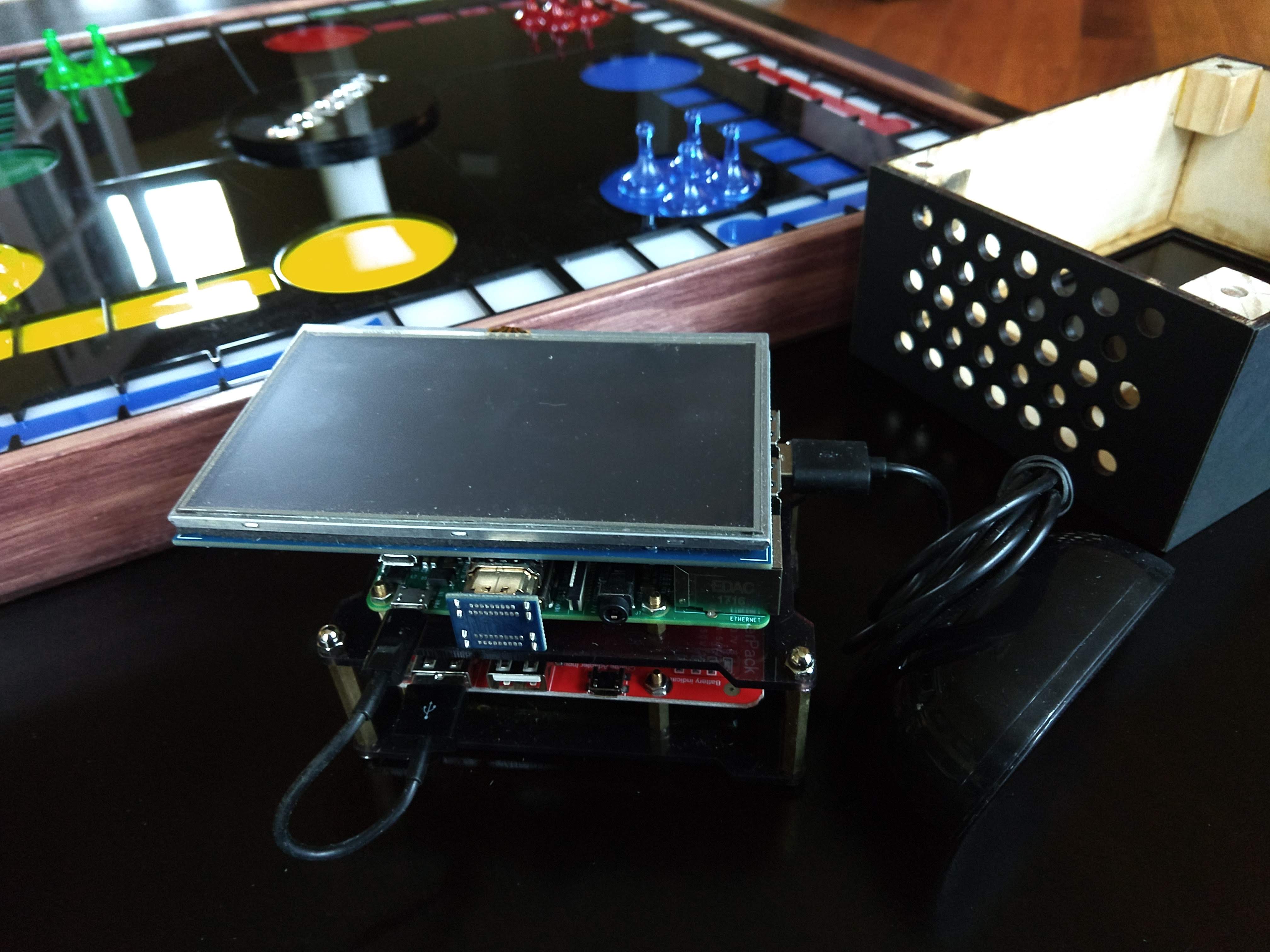 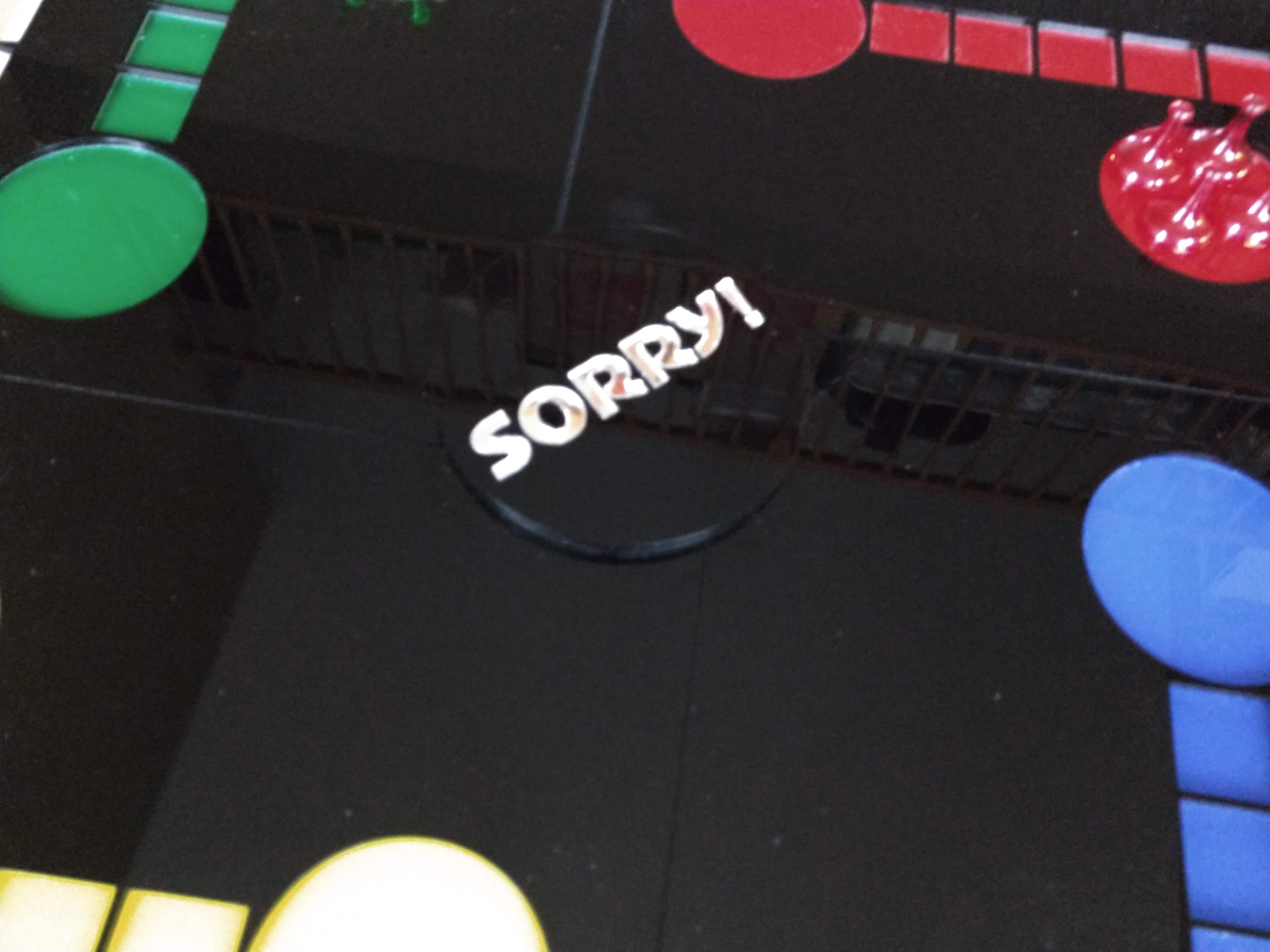 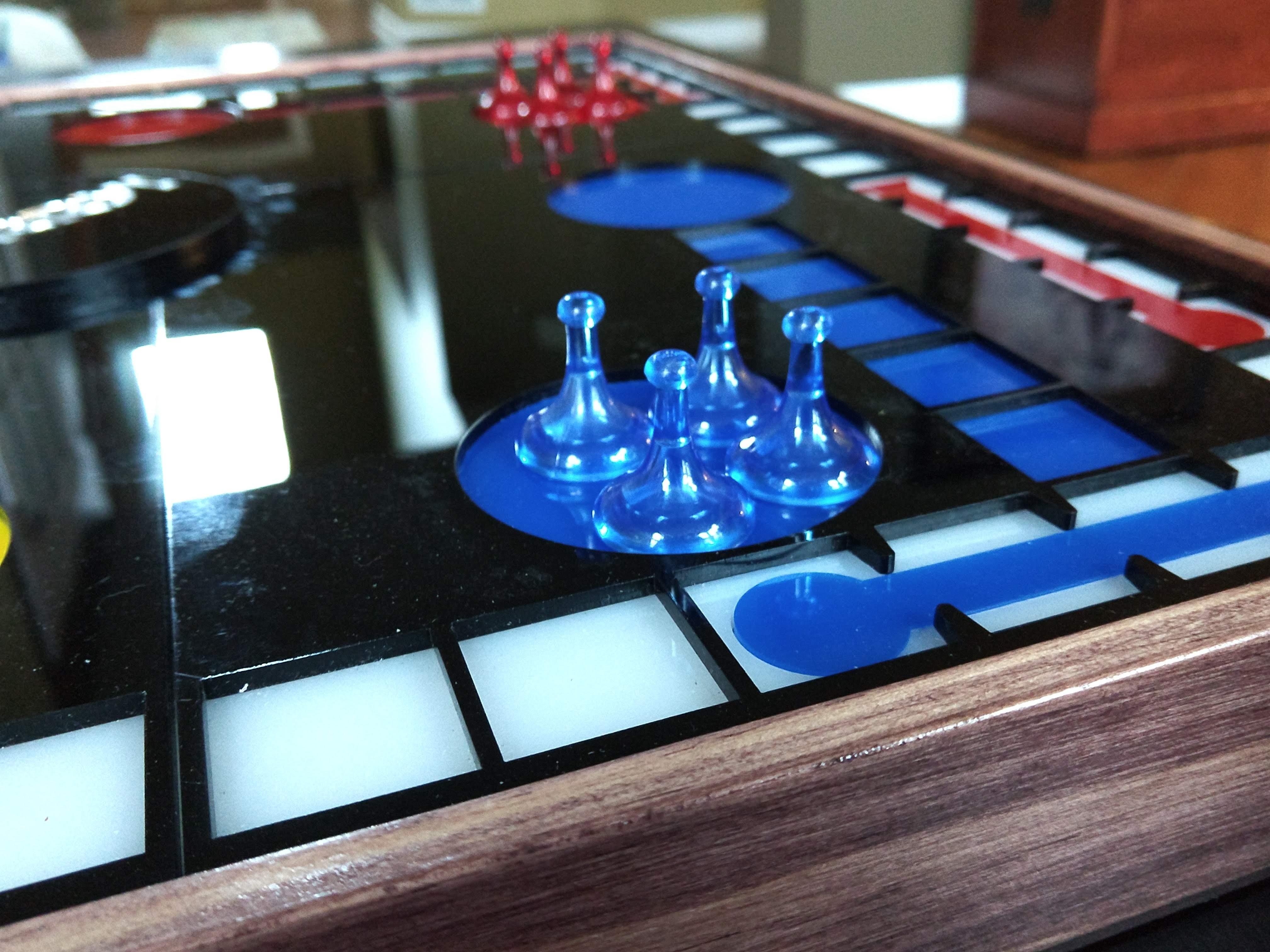 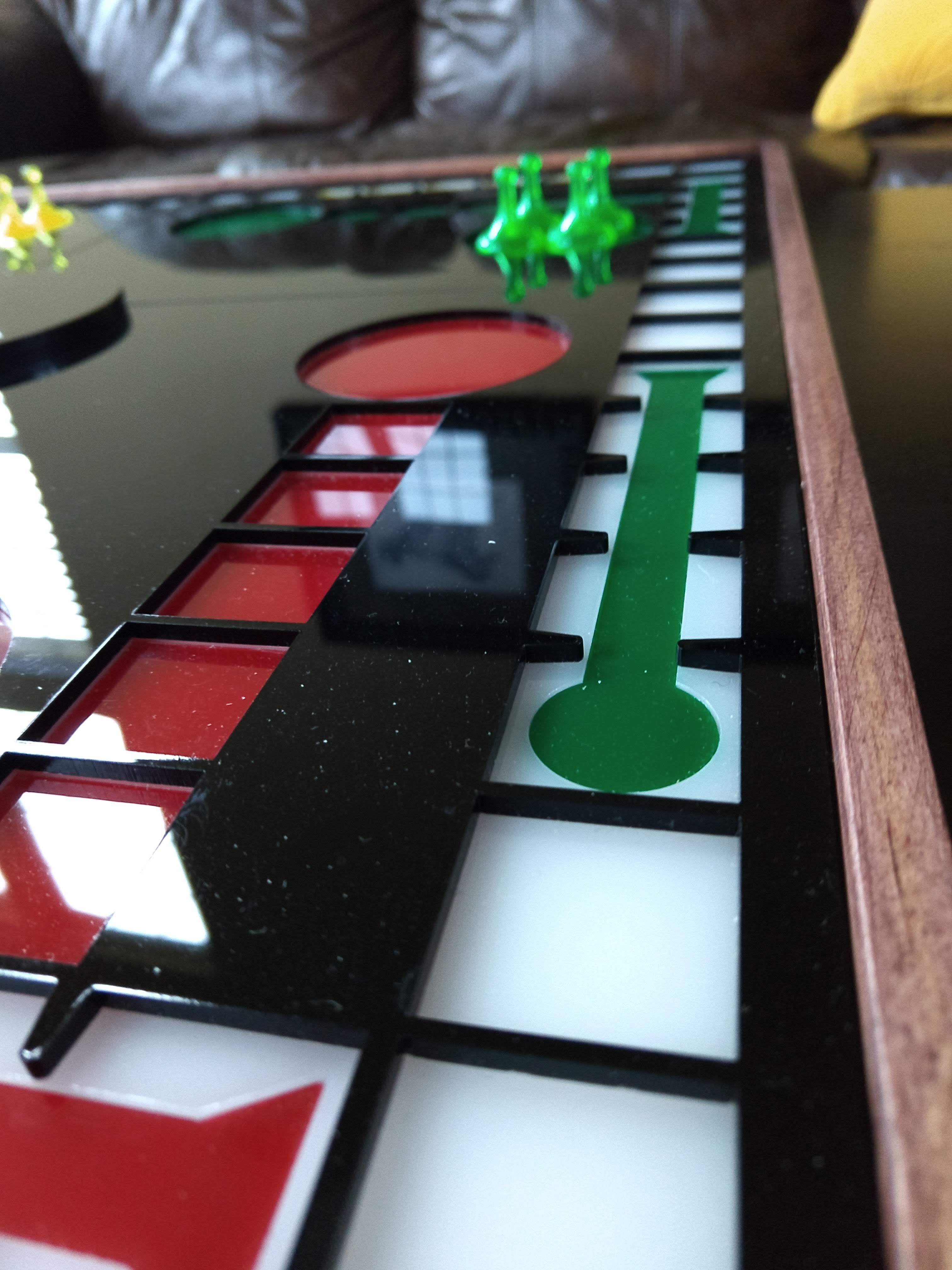 This is so cool and so well thought out! Your wife is going to be SORRY if she doesn’t like it!

Wow, That has to be one of the coolest projects ever (seriously). I’ve never even played the game but I want one of those boards!

I think you win the internet today! This is a really amazing project. I hope your winning streak continues!

That is a fancy sorry game. Probably made some bonus points.

You have become enlightened regarding Sorry.

Great innovations to the game, such a nice job on that build!

This is awesome nice designs oh, and thank you for the build pics.

Has your wife forgiven you?

I have to say that she has forgiven me. Perhaps she has mixed feelings about an alternative version of the card deck that I programmed that may be seen in the attached video. I felt that this sentiment more accurately reflects the players’ feelings in the games that I’ve been a part of (and maybe that’s just what I bring to the table).

but how are you supposed to slide your piece along the slide area with those triangle bits sticking out yelling “soooooooorrrrrryyyyyy” and then knocking over the other piece! https://youtu.be/oNG1DkS_f4g?t=313

This is truly amazing!

This is a good winner of the year

There aren’t enough likes to give what this project deserves! Totally amazing … Think you just made it everyone’s favorite game!