Hey,
Just thought I’d let you know one of my students found a way to make the safe and easy to use Glowforge a little less safe

He imported a PDF that looked like a solid outline. Proofgrade material, standard settings, cut process. Instead of it going in a solid line around the shape, it began cutting each of the the tiny lines individually. After a little bit, it set the wood on fire. Not a sustained fire mind you, just a flame up. Luckily he was watching and shut it down.
Is there any way to have it merge lines that are less than .001 inch apart?
Or any other ideas to catch this before hand?

Or any other ideas to catch this before hand? 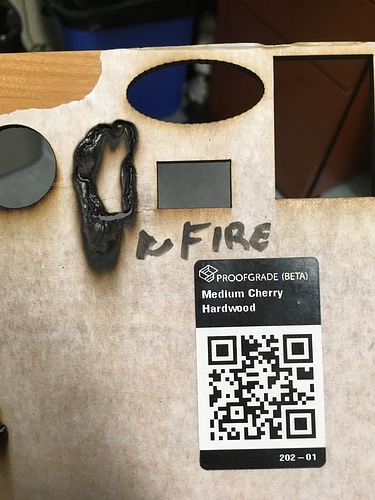 He’s a student just learning cad, I couldn’t even see it at 500% zoom

honestly, in the end, you have to know what you’re burning. before you burn on the GF, you should be making sure you have colors set right. if you select that box in a design program, those would show up as strokes and not fills, so that should be the clue that something is wrong.

the other part of this to stress with your students: this is why you pay attention while the machine is running.

I totally agree. There is training they go through to get to this point, but it doesn’t always sink all the way in. I’m so glad they were paying enough attention to catch this, it could have been worse.
I’ll attach the file, it’s an interesting one.TahoeOutlin.pdf (55.6 KB)

Here’s what it looks like in the GFUI, you could see how a beginner could mistake this as perfectly fine. 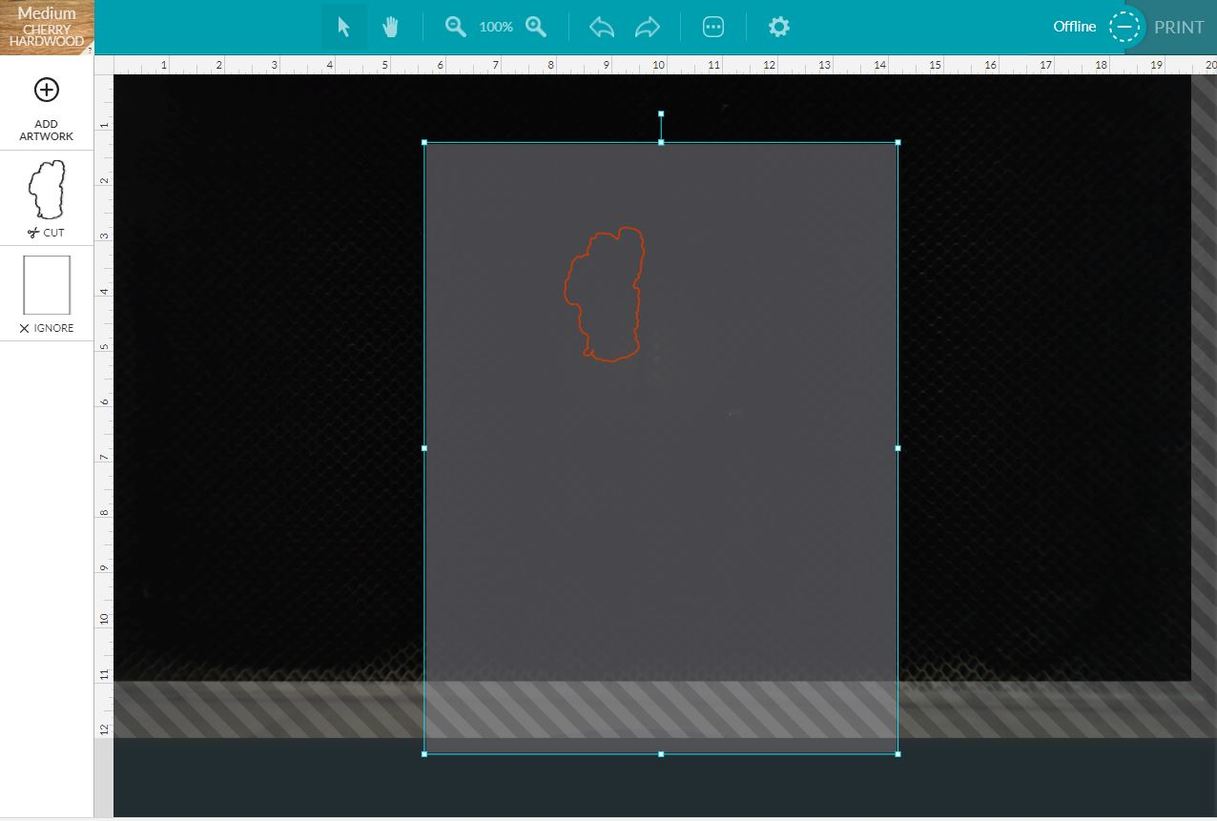 If you’re using AutoCAD, you can use the pedit command to join multiple segments into a single polyline. If necessary, you can then use a LISP routine like weed to simplify the polyline.

i totally get how it could happen to someone. I tend to edit everything before it goes, even just to check things out, so I’m pretty sure i would catch it, but not everyone would.

the next hint would be the cut time before you hit the big flashing button. normally something that small would have a very short cut time. how long is the cut time for that piece?

Not a problem to teach my engineering students that kind of stuff, but the business majors/nursing/art/physics majors usually use pretty simple (free) programs. I’m trying to get more people to attend my fusion 360 class. Or just use Inkscape for their whole design, but it’s difficult to introduce that without scaring students away.

Looking at it in Illustrator, it would seem that your issue is that your line isn’t actually a line. The thickness of the stoke has been simulated with a series of filled objects, as seen in this screenshot: 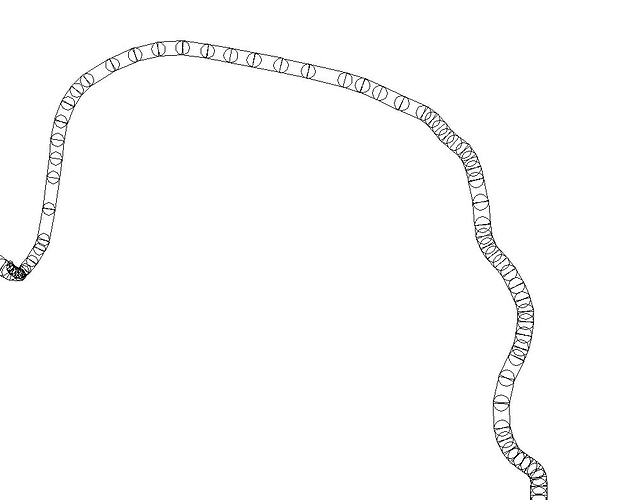 The Glowforge is tracing every one of those lines.

You need to find a method to export your design without that conversion happening. I couldn’t tell you offhand what print-to-PDF setting will work.

the problem comes when people pull files from unknown sources. what @wbgraphic was getting at is that CAD programs often use multiple lines to create fills (or thicker lines) depending on how people set files up. not necessarily a big deal if you’re just printing them out, but there are otehr times where it becomes a problem, like laser cutting. i have the same problem sometimes when i’m asked to edit floorplans in Illustrator.

I would also add that I’ve found if there are multiple lines in a design (SVG) that should be a single line you can catch that in the GFUI by deselecting the cut and then trying clicking on a part of it. If it selects the whole thing, you’re good to go. But often it will select just a single line, and which point you know the design is a bunch of separate lines.

if nothing is selected, hovering over a portion of the design should highlight everything that is attached:

I look at this and know that it is not right, but what I’m trying to figure out how to get students from all walks and backgrounds to use the laser cutter without needing to learn illustrator, autocad, or others.
We’ve had great success in the makerspace with the Glowforge! Students have been bringing in JPEG files to engrave, and using Inkscape to make a cut box or circle. this is the first student to use a PDF (to my knowlege) and have a strange issue.
I know how to use these programs and machines just fine, I just have to figure out how my students can learn (easily) how to avoid this. I guess I could just ban the use of PDF’s. I was just putting it out there as a caution to other makerspaces, and wondering if there was an easy way to have a “fix” in the GFUI in the future. There are 3D printing programs now that will identify, communicate, and correct issues in your models. I am not a great programmer, so I have no idea how difficult that is (probably very complicated).
Thanks for your help everyone! Keep the good ideas rolling!

That’s a great tip! Hadn’t thought of that one!

This is from an SVG, so I would verify the problem is catch-able with a PDF before relying on this as a solution FYI.

It doesn’t look like this method would catch PDF problems

How do other makerspaces handle the running of jobs?

I could see a situation where files in this environment should be peer-reviewed before being processed.

I could see an additional verification/credential process where you have users that have a Laser Safety Officer or similar run the job. And another credential where they can verify the structure of the file themselves and push the button.

This isn’t necessarily a PDF-specific problem.

What you’ll need to do is open any vector file in Inkscape (or Illustrator) before sending to the Glowforge. In the View menu, set your Display Mode to Outline. You should see all the lines as, well, lines instead of shapes.

What you’ll need to do is open any vector file in Inkscape (or Illustrator) before sending to the Glowforge. In the View menu, set your Display Mode to Outline. You should see all the lines as, well, lines instead of shapes.

i will second this.

the real issue, in the end, is that if a student isn’t the creator of a file, then they should take a few minutes to open the file in an appropriate vector editing program to make sure it’s properly set up to cut on a laser cutter. that should be the case on any laser cutter, not just a glowforge. you can’t just trust any file you get from an outside source to be properly constructed to cut.