Hi Glowforge,
Tried out a small sunflower engrave and offset cut in some scrap mirror acrylic (not proofgrade but cuts and engraves well on clear acrylic settings). Interestingly only part of the icon from the graphic search actually engraved (and the lines are very blocky and not at all smooth/vector like the icon).

I’m not upset - it was a test on scrap just in case - but it seems like it’s definitely not working as intended. 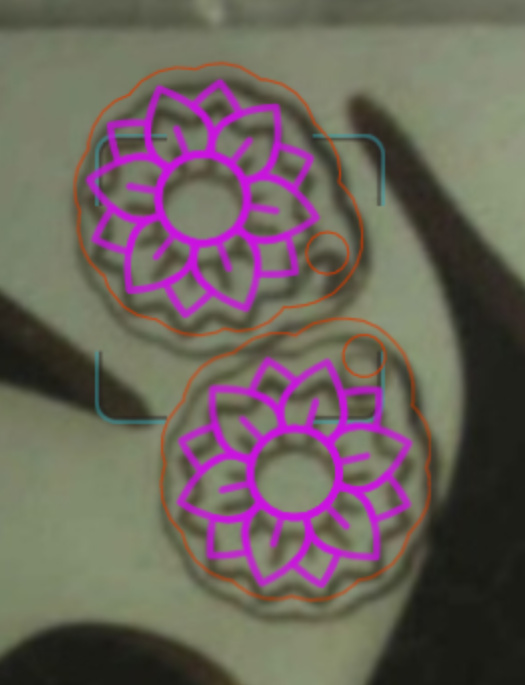 Let me know if you need anything else from me on this. If you pull logs it’s the last cut I did on 5/13.

Unfortunately the designs are not necessarily set for Laser and when the needs of the laser are not kept errors result. In that particular case there are intersecting engraves and when that happens neither engrave happens, I believe you can accomplish the full cut with with a score or even an outline of zero that you set to engrave.

As stated, this particular image is composed of multiple overlapping shapes, and the machine will ignore the overlapping areas by design.

Your point is totally valid, however - these images are intended to allow quick creation of designs and should “just work” as you would expect. 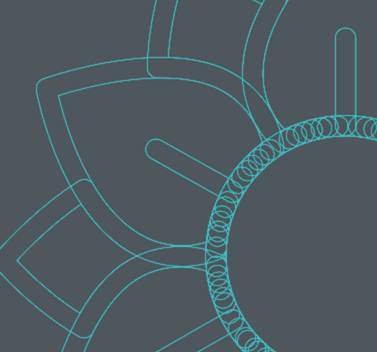 not working as intended

Thought these came from the Noun project and would have thought they were well vetted, way before Dan & Company decided to include them. Maybe a problem of too many hands, as can happen in large cooperative projects.

Since you favored it, I decided to try and correct it for your pleasure.
Try this one (SVG in zip). It can be loaded, then outline, hole etc, (or jazzed up in your art program of choice).

would have thought they were well vetted

The Noun Project is intended for print/display, not mechanical production. Overlapping enclosed shapes are simply filled in those applications.

The GF processing intentionally implements alternate engrave rules to allow nesting of vector shapes. It would be a very bad thing if they changed that behavior.

I believe you can accomplish the full cut with a score or even an outline of zero that you set to engrave.

the outline does not go inside and as noted the linework is a mess so easier to just make in Inkscape than fool with.

The Noun Project is intended for print/display, not mechanical production

Everyone has answered my original (implied) question very thoroughly, thank you. I usually make my own designs in Inkscape so converting to a clean vector is possible (extra thank you to @brokendrum, I will definitely be using your work to re-make these properly). These earrings were an unplanned project done on a lark when I finished planned work to see how the software performed.

It’s disappointing that the imported/sourced graphics aren’t pre-vetted - my expectation (having done zero additional reading on these features other than the original announcement) was that the icons were either vetted or would be modified as they were imported into the GFUI to be cut-as-displayed. Since the icons are high-contrast, maybe some kind of color or edge tracing (like Inkscape uses) could be worked into the import…

I’m not too heartbroken since I don’t pay for this service and usually make my own files. However, it would be very useful to have a pop-up noting that the images aren’t necessarily “laser-ready” (and how to check for overlaps in the GFUI) or final proof image (with the canceled parts missing) prior to print when using the service.

The library contains several million images that work as designed. Unfortunately, Glowforge granting access to them does not include having someone check out every one, but if they don’t suit your needs, the Premium service will be opt-in.

Since the icons are high-contrast, maybe some kind of color or edge tracing (like Inkscape uses) could be worked into the import…

When I first encountered the issue I had tried to increase the size of an engrave by adding another along side intending to fix work already done by only doing the added part. Instead neither engrave would work at all. The current result is a step up from the problem I found as it worked everywhere except at the overlap point as that would have solved my problem then.

Unlike most computer driven stuff I expect that one day it will just work at sometime in the future,

Thanks for the thoughtful discussion everyone.

I appreciate the feedback about the Noun project, I’m sorry your test print didn’t come out as you expected, but I’ve shared the feedback with the team.