This is the second project I’ve had this problem. First one was an SVG of a peacock, and now I took a sky map of stars and constellations traced it into an SVG. Both times I got a message that said my file took to long to load, and to try using design software to break it into smaller pieces. I just don’t get what I can do to use these files. They’re both united into one flat illustration, and both about 3x3 files. Any help or suggestions would be very appreciated. The peacock I just bailed on because I gave up. I don’t really want to give up again. Not a quitter

Hi mudshark! You’ll need to post the file in order to get help. Zipping it first might be a good idea in this case. However, if it’s a file you don’t want to share or don’t have permission to share, don’t post it. In that case uploading a screen shot of the file open in your design software is probably the best place to start.

If you have a lot of engraves combine those into a bitmap and embed that in your SVG. That generally cuts down on a lot of nodes, etc.

If you’ve already done that then a trouble ticket might be in order.

Here’s the file from my creative cloud. If it needs to be zipped I’ll have to do it tomorrow. Thanks for your help

The file is your problem. There are 3381 individual objects in there, and each one has a bazillion nodes. You’d be a lot better off rasterizing it, since it looks like something you are going to engrave anyway. 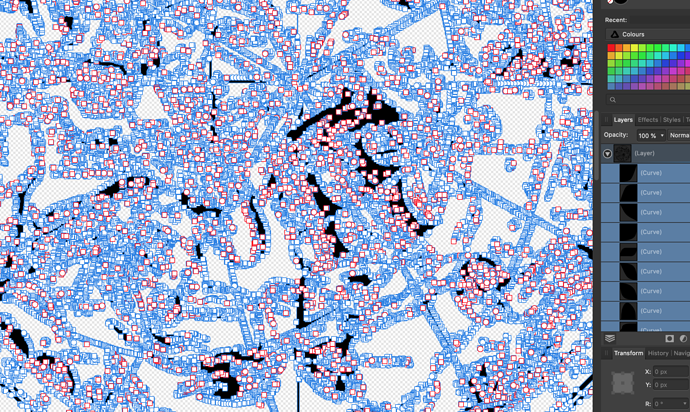 Here it is rasterized. I enlarged the vector before rasterizing, since the original it was created from was already pretty low-res and it lost a lot of detail when rasterized at the smaller size. You’ll need to shrink it to the size you want. 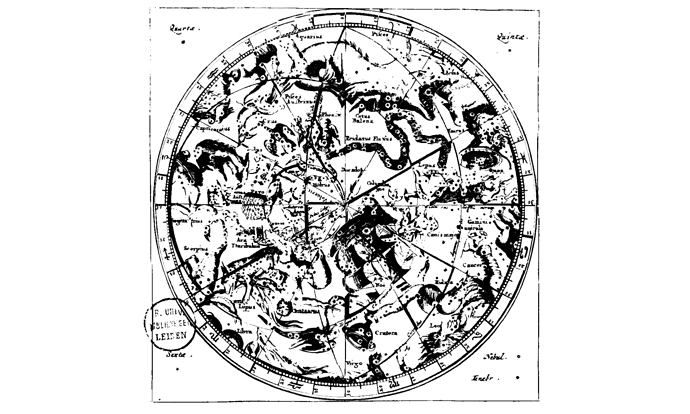 Thanks. Above and beyond and usual

My ocd decided i needed to know how many nodes there actually were lol. 100761 nodes
I had to wait a couple mins for it to select them all and show me but it was worth it 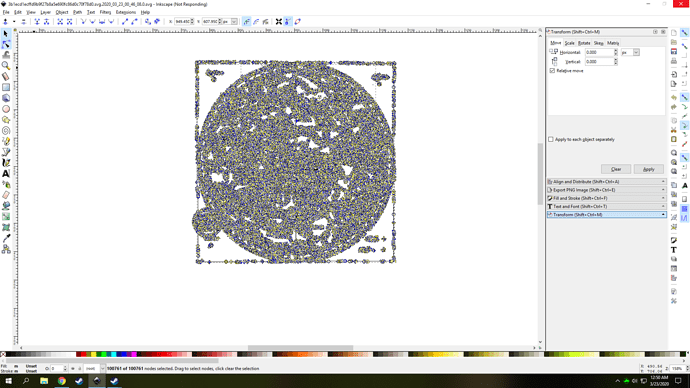 Inkscape has a feature called Simplify Path, not sure if Illustrator has a similar feature, BUT this file appears to have been created from a low quality bitmap to begin with, so there is no reason to keep it as a vector.

Vector allows you to preserve a lot more detail for large engraves, but only if you have the vector source to begin with. That doesn’t appear to be the case here.

Yes Illustrator also has simplify path. I just never thought to use it. I’m new to illustrator and am still learning.

Thanks for your help. The file itself wasn’t low resolution it’s just an original astronomy map from like the 1600 of something. How were you able to see how many paths and nodes it had? Just curious. Thank you for your help. I joined an illustrator group to hopefully ask questions when I get stuck but have yet to get any help for files when it comes to lasers.

You can get lots of AI help here. Just note in your descriptions that you’re using AI and those folks will jump in.

To figure out the number of nodes you can go to Object -> Path -> Simplify and expand the window. 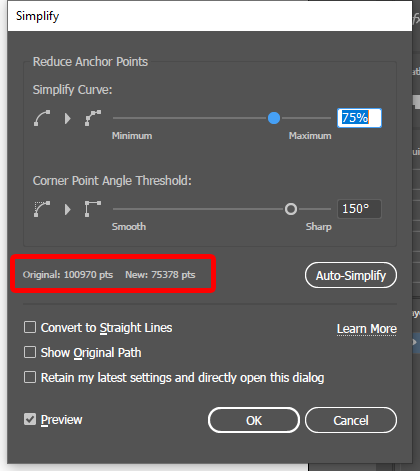 Be careful playing with simplify, it can make huge changes to your geometry unless you’re running about 93%-ish on Simplify Curve adjustment.

A point that shouldn’t be lost here is what eflyguy brought up. If you’re starting with an image and planning to engrave it, there’s probably no reason to trace it. Turning the bitmap into a vector, simplifying it, and turning it back to a bitmap is only going to throw away data. It might be more effective to work with the original scan (hopefully you have a high-res one) and process the image in Photoshop to get a good result.

Thanks. You’re the best. Whenever I write anything on here you’re always a great help and one of the responders.

Thank you. That’s exactly what happened. I did have a high res photo, that I did image trace. I did lose some of the parts of the image due to trying to keep some things while balancing what it loses. I have a habit of tracing a lot of things I don’t need to just because I take some things out occasionally. Thank you for your help

Like on this I wanted to take the stamp on the map out. But I ended up not. Lol