Texas is shifting us to the right

(yes it’s a snarky title, no this isn’t political, so chillax). I am speaking literally/geometrically, Texas is shifting my work to the right!

I needed to make a sign for my wife’s animal hospital, which is part of VCA (well now that is part of Mars Inc - yeah the candy guys). Anyway, I took their logo and put the hospital name inside the logo and carved it (I use VCarve Pro from Vectric and CNCJS) - II switched from Easel (the x-carve equivalent to the GFUI) due to some painful limitations I ran into. I carefully CAD’ed up 2 stand legs on the back to create the desired angle and cut them out on the x-carve. Put it on the table. Damnit, whoever made the logo didn’t bottom align the words with texas (was it too much to ask for the letters to be height matched to the graphic?) So now I am cutting out feet that attach at that angle and wrap under so they are different heights (they fit into a pocket on the back) and I have to use a japanese style furniture saw to cut the legs off the back and replace with the new ones. this is the problem when I don’t design my jobs in CAD overall (this would be a painful sign in a regular CAD program). For those who care that is 1x12 poplar - unfinished. I will probably water-seal it just so it is cleanable for those accidents that happen at an animal hospital. 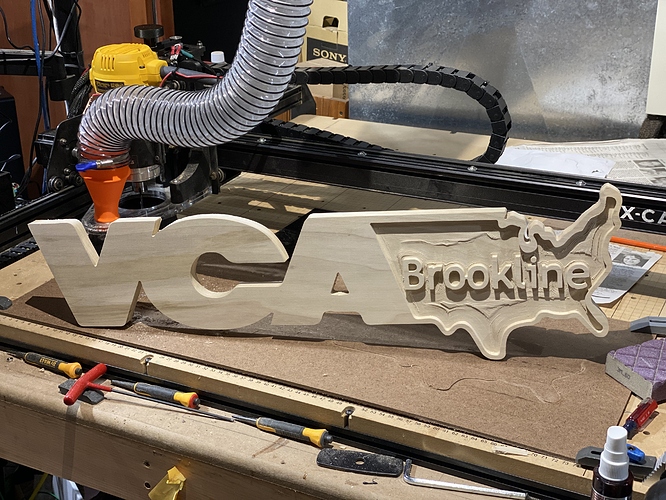 For hold down I am using the tape and glue method (which in theory would work fine in the glowforge. You cover the back of the object in strips of blue painter’s tape and then the sacrificial board with the same. Then you squirt accelerator on the sacrificial side (so the overspray doesn’t get on your work) and a small CA glue bead down the middle of each blue tape strip on the workpiece then you push it down forming DIY double-stick tape. Works great and removes super easily and cleanly (unlike regular double stick tape. Similar to those sticky mats people use for cricut and paper in the GF - but unlike a drag knife 1 1/4" end mill would shred those mats (and does to the blue tape but who cares it’s blue tape!)

Oh and funny V-Carve pro story. So my niece is in the US Army and I often make signs/mdoels for her like the fake artillery shells I’ve posted in the past. Anyway, VCarve has a large “clip art” library of 2d and 3D “clip art” (not sure 3D models are really clip-art?) so there is a pack you can optionally get called “military appreciation pack” which has lots of elements you would use for signs for folks in the military. I’m going through it to make sure it has useful artwork for my needs, and I check the Army artwork and I’m staring at the Army logo and the Marines logo, and they are just fundamentally wrong. The army logo is a weird lion (of note the army logo was someone grabbing a crap-ton of 18th century army still life crap and throwing it in a pile and painting that) and the marines I think everyone knows that logo of the earth with the anchor. So finally I realize while that pack is A military appreciation pack, it’s not OUR military! I then realized Vectric must be a British company, but luckily there is a US Military pack which had all the artwork I wanted… I ended up getting the US package (what is funny is around here there are plenty of government buildings with the lion on them, which we took from King George back in the revolution).

for the record from Vectric: 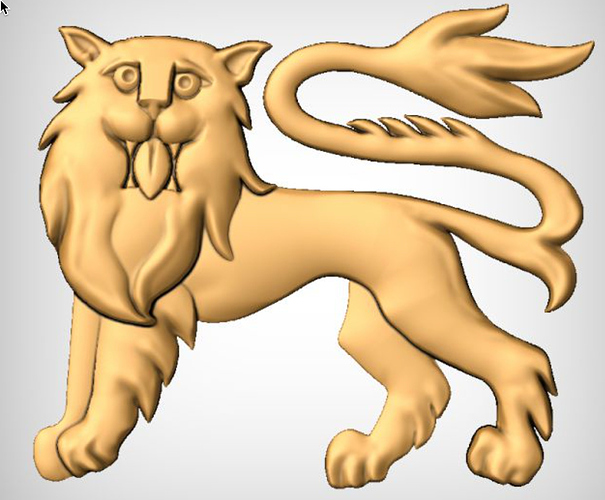 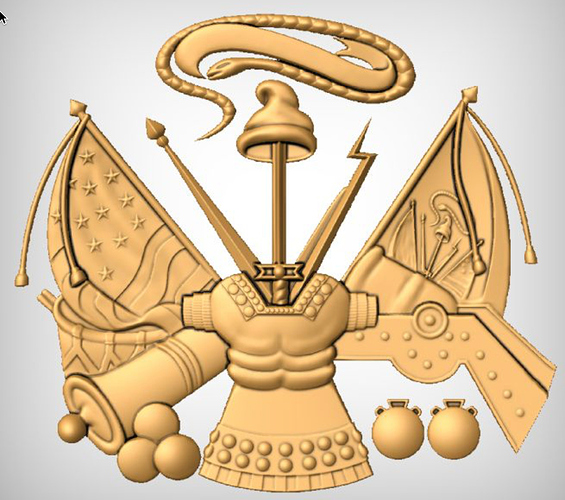 Somehow I have yet to use blue tape and CA. I try to keep real double sided tape around and use it when I can’t clamp. When I comes recommended by you I guess I should at least give it a try.

You are a man of many talents, I see. I love seeing your work.

The advantage here is if it really sticks you can get the layers separated. You don’t want a lot of glue or it can seep through… one trick I got from Phillip Lunsford’s YouTube channel : paw paw’s workshop is to keep a tail on each end to separate the layers if you need it: 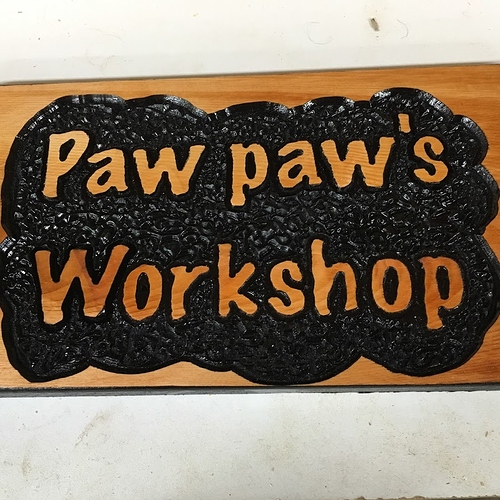 Definitely looks like it just ate something tasting very bad…