I just had to cancel a 1 hr job because I was using magnets to hold down wood and the fan is so weak that it stops the fan. The GF tells you to ‘move the magnet’ but how the hell can you do this without it canceling the job? You can’t.

I can’t believe this is STILL an issue that you cant restart/continue a job after lifting the lid. How ridiculously hard is it to add this feature!!!

Here is staff in 2017 saying it is ‘in the works." So I was correct at least FIVE YEARS
WTF!! We dont’ give a sh*t about Premium text swirlies give us an actual useful feature

Dan was confirming that opening the lid cancels the job, not that the ability to open without cancelling would be added.

It’s by design, not a bug. As with many things, it’s there for legal/liability reasons.

I believe pausing a print and then resuming is in the hopper. It has been a much requested feature.

That is not a ‘feature’
God damn that is the oldest line in the book "it’s not a bug, it’s a feature’
Is what a company says when they don’t want to fix something

your ‘legal reasons’ makes no sense. Every other laser in the world lets you open and pause. If the lid is open, the magnets are not activated so themachine wont run. There’s no safety issue with the lid open. What would be the difference between hitting pause, opening the lid, vs the job being finished and it lets you open the lid? Either way the laser isn’t firing. If your reply is about ‘the material is still hot’ again the same could be said when the job is complete.
This is a nonsensical answer and a bad way to let the company off the hook for the most basic feature that should have been included day 1.

You’re selectively choosing which part of the post he replied to.

As you pointed out, this has been asked for. We have been told that would never change for the reasons I stated above.

If you want them to consider it, then submit it again thru the support contact form (they don’t participate here.) The canned answer will be along he lines of "thanks for your feedback, we’ll pass it along to the team.)

I have bypassed the sensors on my machine for this reason of when I need to fix something in the bed. Now I can just pause it and open the lid without canceling. Down side is that the machine always thinks the lid is closed and so I have to refresh the bed image whenever I need to get a new view.

If magnets are the problem I recommend getting your hands on magnets out of dead hard drives. I don’t know how it works but they stick well on one side only. I have used them forever, have rarely wished for more magnet power, and have never had fan problems. 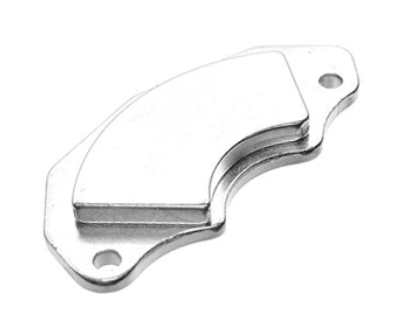 Mine are wrapped in duct tape which also makes them easy to pick up.

we’ve also been told not to use magnets so there’s also that.

Did you use magnets on the side to do that.?

No, the only magnet setup I know of would prevent me from still closing the lid and door and I don’t want to always be class 4.

I’m probably going to judged for this but I promise I had planned to make a more fancy solution but just haven’t gotten around to it. Currently I just have the connector to the lid sensor unplugged and I shoved aluminum foil into the connector to short it so it always sees a closed circuit. 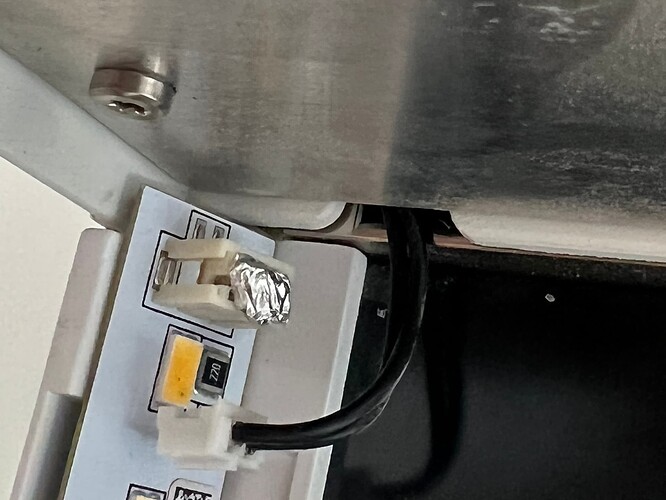 For….reasons, I’m gonna shift this over to the #beyond-the-manual section….

I respect that. Sorry.

I can remove it if its better.

I can remove it if its better.

Oh……no. This is just exactly what type of shenanigans beyond the manual is for!

Sounds good! I’m ready to be done with these fashion shows and actually get back to some of this stuff. Nowadays, I can find a bedazzler quicker then my soldering iron

pausing a print and then resuming

This is exactly what happens when you press the blue button again during a job, and it’s a lovely added feature that we didn’t have at the start.

stick well on one side only

They have a large chunk of metal stuck to the other side which the magnet can’t pass through. I have five or six of them and they’re lovely - half are the style you’re showing, and the other half have about 1/4" rise so they’re great for bigger material.

As long as we’re talking about it … when we have something larger than will fit on the tray, we just tape magnets to the lid. Ya know, because the manual tells you exactly how to bypass it by telling you “oh, don’t do this to bypass the sensor”