The first two weeks with my Glowforge

I wanted to pop in and give a run down of my experience with my Glowforge so far!

My Glowforge was delivered with a little bit of damage to the box but the machine itsself was in very good condition. Once my husband got home and helped me move it into the studio I was up and printing in no time. The only set back I ran into during setup was getting the orange knobs unscrewed…they were very snug

Once the Glowforge was ready to print I printed a founder ruler, the next project the setup ran through was trace and print I was curious as to how the trace function would work with lettering so I grabbed a brush marker (Pentel touch currently my favorite brush pen) and printed a plaque out of 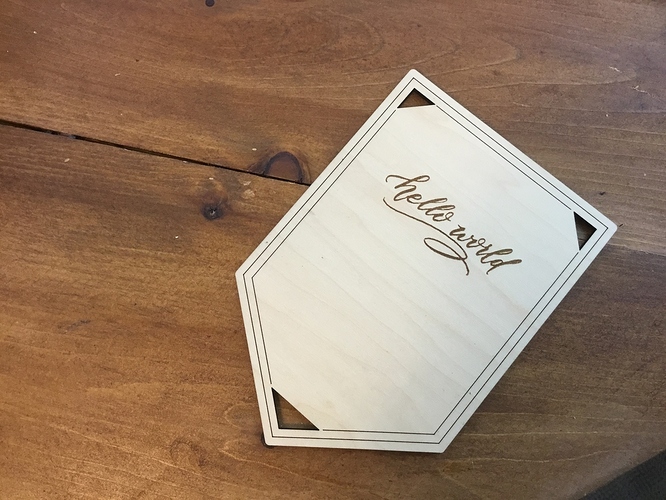 I thought it handled the lettering pretty well but in the future would probably just scan lettering for better resolution.

… so I jumped on my iPad and put together a little lettered piece, literally five minutes later I was printing this on 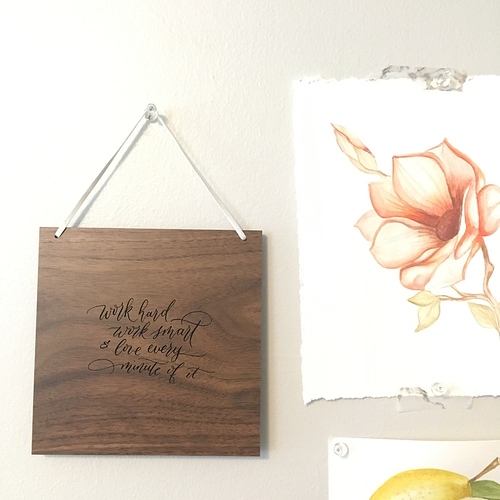 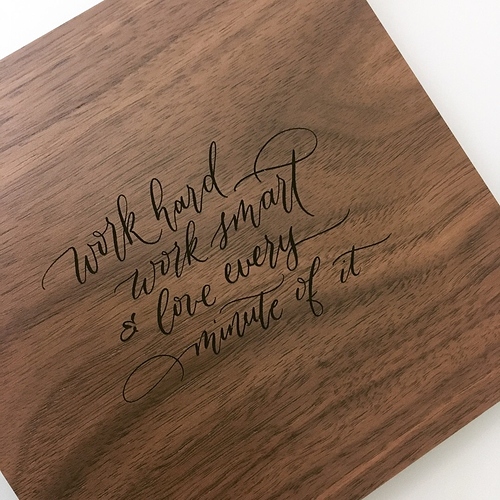 I was really happy with how the glowforge was able to handle the flourishes and thin upstrokes something I always had issues with on a makerspace laser cutter I had used in the past.

An hour later I had put together another design tested it on some draftboard and by the end of the night I had designed, prototyped, printed and assembled this 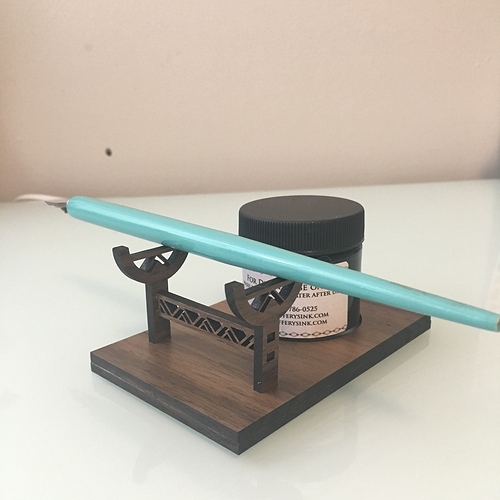 I considered it a very successful first day with my Glowforge!!

The next day I needed some fall themed social media content and wanted to do something a little different so I decided to try my hand at laser cutting some leaves! 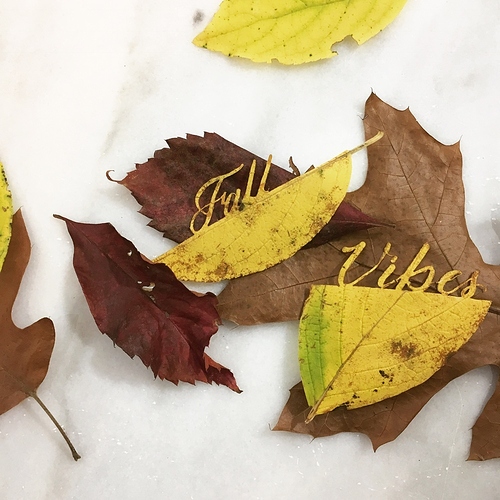 That day I also played around with WOOD! Paper I haven’t yet gotten the best settings for this but it’s a cool material and thought I would share this is the 17pt cherry with kraft paper backing 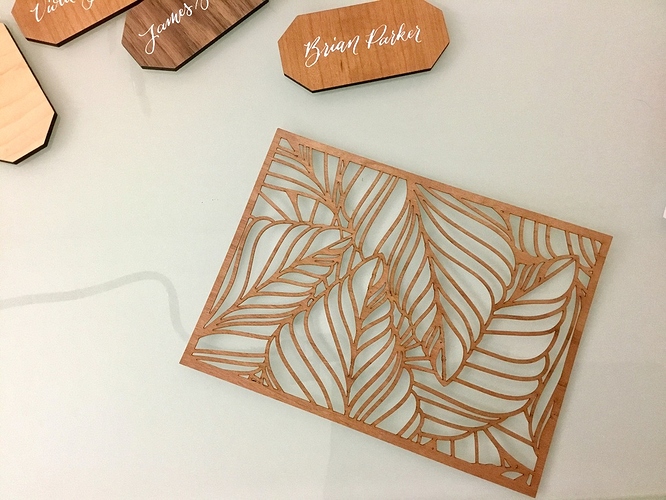 That was the first two days of cutting I think I will stop there for now as this is getting a little long! Over all I am so happy with the glowforge.

A couple things that I would love to see improved on at some point;

Oh, it’s so nice to see what the Glowforge can do in your hands–I knew it would be great but you have exceeded my expectations! Your projects are just wonderful!

To speak to your third point, yes you are correct–you can’t rotate a raster image in the GFUI. Also, be aware that you will get errors if you flip a raster image in Illustrator; you will have to save and embed a flipped version from Photoshop.

I love the cut leaves, they look awesome. Your other projects are very stylish as well. Keep up the good work, I can’t wait to see what else you create!

I love your lettering!
Those leaves are just mind-blowing! The pen stand is such a nice addition to your desk. Great first projects…thanks for sharing!

Wow, those are your first projects…

I am so appreciative of the artsy creative types, but DANG you are putting me to shame.

Wow. I love the combination of simplicity and detail in the pen and ink holder. I just enjoy staring at it. The leaves are very cool.

Just beautiful! And your penmanship is incredible!

Great stuff! I love watching your Instagram vids! they are meditative! I always go and practice my drawing after watching one of your posts

While I was trying to invent the wheel the first few days you hit the ground running, I mean really running.

SQUEEEE! Super exciting to see a fellow calligrapher doing absolutely bomber work right out of the box. So inspiring!

i’ll echo the penmanship/calligraphy compliments. i can barely read my own handwriting, even when i try to write neatly.

it will be fun to see what projects you come up with next.

Beautiful! I am anxiously awaiting the products of your next two weeks.

Your handwriting is beautiful! The pieces with lettering are really really nice.

Your leaf cuts are very clever. Nice job on those as well.

May I just have buy your handwriting as a font, please???

Awesome projects! The leaves are incredible!

Thank you all for your kind words about my work I really appreciate it!

@cynd11 I thought that was the issue, thank you for confirming!

I totally agree lettering videos are meditative to watch!

@jbmanning5 actually yes soon! I have been working on a font based off of one of my styles, it is very tedious work but I’m close to finishing it up…if I can stop laser cutting and get back to work on it

I have been waiting to see what you would do with your exquisite lettering skills. Great first projects. I actually shed a tear to see the pen and ink stand set. Dreams coming true. It makes me happy. Thanks for sharing.

good calligraphy and yours is exceptional by my standards!

Ironically my hand-writing is cringe-worthy but i think nothing of spending an hour on a single page of calligraphy.

Never thought of the laser possibilities for calligraphy until your post, thank you.
And as @marmak3261 said, that pen & ink stand is wonderful

I am absolutely stunned by your work. Incredible!