Oooooh! Purty! I’ll bet that looks sharp as (a tack) when it’s lit up!

If I wanted to use escutcheon AND cover to the button without hindering button functionality, what diameter would the button cover need to be?

I’m not following…if you cover the button, it’s going to be kind of hard to press it.

I’m not following…if you cover the button, it’s going to be kind of hard to press it.

You can make a ring that goes around the button with a cover, and then have a surrounding part. I am actually planning such a part (the scream was just a comic relief thing) which will be super cool, but is also super involved…

Adjust as needed…YMMV. (I assume those aren’t going to change too much though, so they’re a good starting point for designs.)

(Best to add about 0.1 mm to actual measurements for 1/8" material. Kerfs aren’t vertical with a laser.)

I would have to find the link. I think it was the aztec stone, but I don’t remember for sure. They made in 2 pieces, one an escutcheon, one a cap for the button.

Thinking maybe something like this in acrylic ON the button: 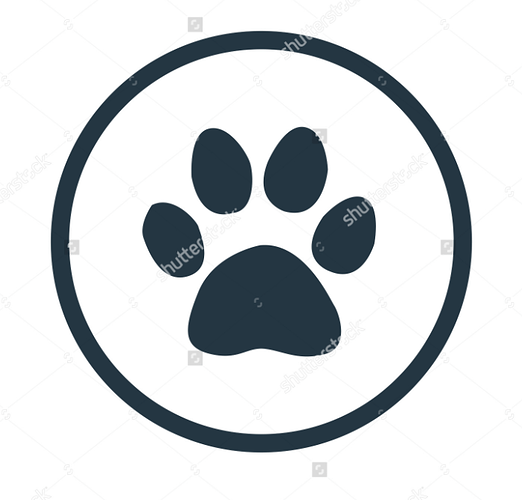 Then something similar to one of these as escutcheon: 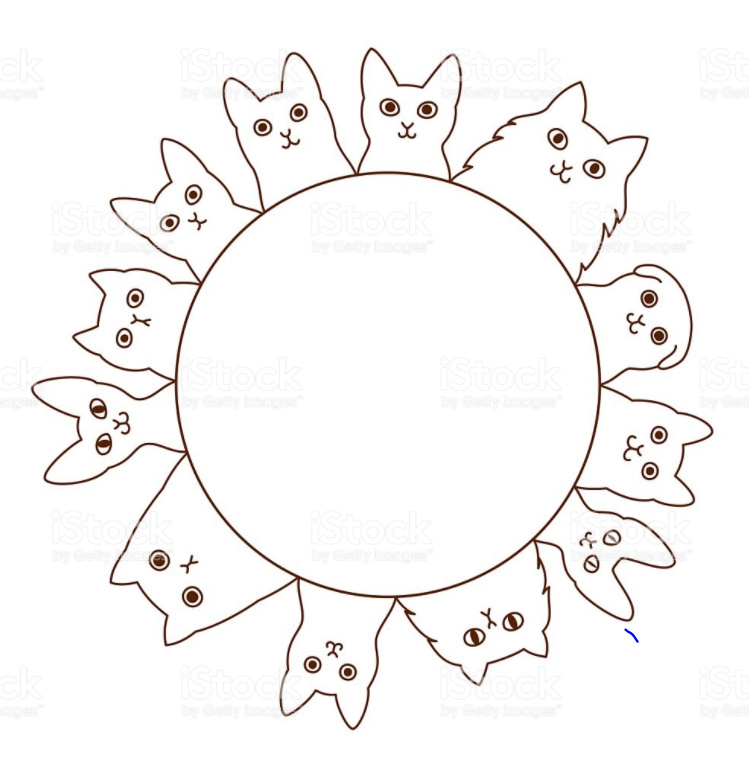 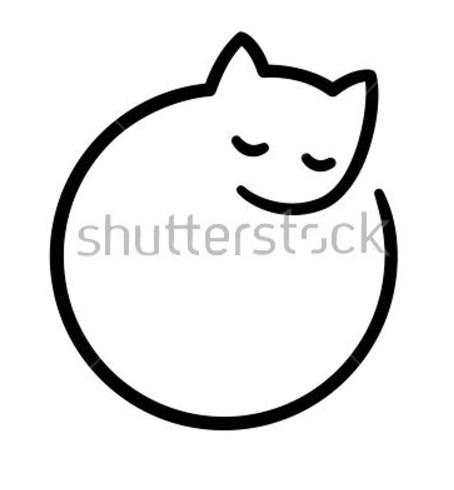 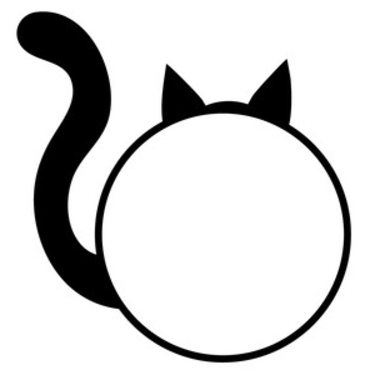 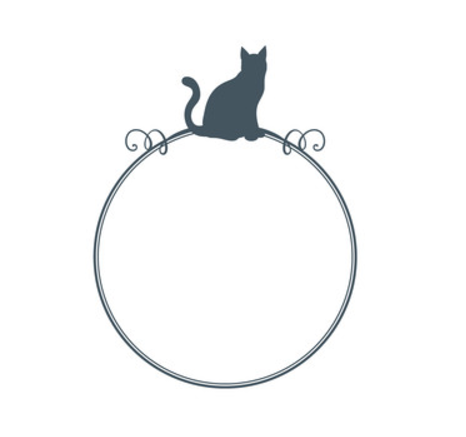 Those would be very cute. (Kitties are always good!)

…if you cover the button, it’s going to be kind of hard to press it

Nope. That’s how I made mine. 2 layers of 1/8" acrylic (one with a 41mm circle cut out). Then a smaller button sized cutout. The Aztec calendar center actually sizes nicely. The center sits on top of the button and presses in easily when glowy things happen. 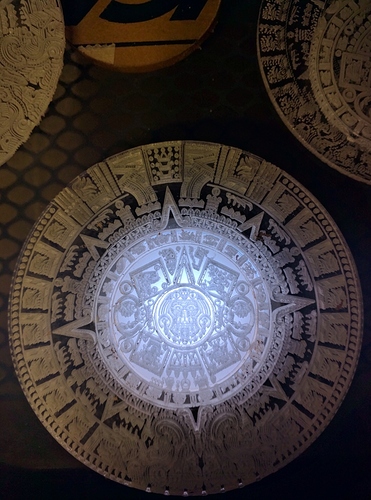 Oh, I see…you’ve just got a little acrylic round sitting on the button. Gotcha.

Obviously, I’d be designing my own, or paying a fee for the graphic.

Does the escutcheon on your Aztec go over the ring, like engraved on the back for that? or do they just line up that well?

or do they just line up that well?

I sized the original in Corel so the button overlay made “sense” in the design - following the design elements of the sunstone. Then I engraved (from the back) the whole thing and then ran the cut operation for the button piece. So it was all lined up correctly with a cut overlay that freed the inner button section.

Since the outer ring of the GF button is about 1/8" proud of the top, I cut a clear donut that was slightly larger than the silver ring around the button and the outer cut was the size of the sunstone outer cut. So the engraved outer ring fit nicely on top of the clear donut (I glued them together) and the inner sunstone piece sits flush with the top of the rest of the outer ring but still allows me to depress it.

Found your original post, bookmarked it and this one. I am loving the idea of integrating escutcheon and button in such a way as to have an engraved button flush to the escutcheon and over the

button. With my family felines, it just makes cute sense to integrate the pawprint into that, even if some other geeky options are available.

You engraved it from the back? So the escutcheon and button overlay are smooth from above?

A 1/4" acrylic escutcheon sticks up enough that you can cover the button with another thin piece of acrylic and it remains centered.

[spoiler]I did a project for a friend of mine who is a teacher at a school that has a wolf mascot. Since the project was for the students, we decided adding some paw prjnts might be a good way to fill an empty area of the design and add some “school spirit” at the same time. As a perfectionist and a nerd, I wanted to make sure I was putting wolf prints in the design, not just generic “paw” prints. Even though these prints would only be ¼" or so across, and the recipients were 1st-graders, I wanted them to be accurate.

I can understand that some people aren’t as concerned with details like this. I am.

Unfortunately, finding an accurate print wasn’t as easy as typing “wolf print” into Google Images and picking my favorite from the fist page of results. The prints that showed up varied quite a bit. Trying to find the right shape actually sent me down a rabbit-hole of research. In the end I ended up drawing my own print as all the easily tracable images I could find weren’t a close enough match the actual photos that I found.

Unfortunately, I only did enough research to complete the project to my own standards. I was only trying to get them done in time, not become a Jr. Park Ranger. Much of what I learned has been forgotten, probably because distinguishing between different kinds of paw prints is not a skill that will help me in my day-to-day life.

Since I don’t want to spread potentially false information, I won’t try to regurgitate the little bit that I learned while I was working on my project. The two kinds of prints have more similarities than differences, and it would be easy for me to confuse which details are more indicative of which species.

That’s a lot of exposition for the following statement, but perhaps adding all those details (of questionable merit) might make the following statement seem more helpful (which is my goal) and less authoritative, even though I don’t believe the actual message being communicated has actually been altered.[/spoiler]
I’m no expert, but that might not actually be a cat print. If you care, here’s a couple web sites that talk about the differences between dog and cat prints…
http://www.bear-tracker.com/caninevsfeline.html Cat And Dog Paw Prints: How To Tell The Difference

Is that track made by a dog or cat? Watch this video tutorial that shows four major differences between cat and dog paw prints

I really enjoyed that blurry digression.

Yup! Me too. Chuckle!

I actually did something similar trying to do a little scatalogical research a couple years back. Trying to figure out what kind of critter was pooping on the door jamb. (Little Toad. That’s his name.)