For the last year I have kept quiet. Slowly working with Customer Service to fix my problems but now I have had enough. Since receiving my original Glowforge, I am on my 10th or 11th replacement machine. There have been soooo many I can not keep track. The first 4 months were horrible. Machine after machine. So Glowforge sent a new machine, not a refurbished unit and gave my a full six month warranty. The machine seemed to work well but for the next few months I got caught up with work and did not use the machine much. Once a started using the machine more I noticed things were not quite square. Circles were not true circles. After some testing Glowforge said they would replace my machine again. This was the end of November.

The replacement unit arrived early January. When I opened the box, the lid was shattered. So Glowforge sent another unit out to me. Once this unit arrived and I began unpacking it, I found that the lens of the laser head was covered in crud. When I cleaned this crud off with the lens wipe there was still a haze where the dirt had been. On top of that, the left lid hinge was disconnected from the lid. So this week I have received my third machine to replace my unit from November. Box was in good shape. Everything seemed good during set up. BUT the laser seems to get weaker as it travels from left to right. Clean cuts on the left. Partial cuts in the center. No cuts on the right. This is an issue I have had with a previous machine.

I contacted Customer Support and they recommended more testing - as per usual. They also offered to reimburse me my original purchase price if I returned the machine. Though less shipping and taxes and a 30% restocking and refurbishment fee. I can not say I was very happy with that offer. After everything I have been through with these machines and the large sum of money I would lose and have no laser!

I wrote back that I thought it would be better to reimburse me my money and make sure that I had a properly working machine. Their reply basically says that since my purchase has been so long ago they are doing me a favor with that offer.

What I want is for Glowforge to uphold their warranty and get my a machine that works as they advertise it. I want Glowforge to care about me as a customer. I want them to understand that this has been a great difficulty for me. During all of this I have spoken to one person, one time, on the phone. I was promised in November by this person I was going to be looked after. That things were going to change. It has not. No real people to tell to. Just waiting a day or two between emails. Those emails get bounced around to numerous customer support reps.

I can honestly say purchasing a Glowforge has been one of the worst decisions I have every made. Glowforge has plenty of available resources to have you contacted by a sales rep when you are thinking of purchasing a machine. They have no time for customer service.

I apologize for any spelling, grammar or other error with this post I am just soooo frustrated and angry about this whole thing.

Ugh! I’m so sorry you went through that. Are still going through that. I’ve heard of people having 4 replacement machines, and that’s bad enough, but 11 has to be a record. That’s the point where they should hand deliver it to your house and not leave until everything is working perfectly.

When I saw the title I thought it was going to be an exaggeration – but I think you might actually be right.

They also offered to reimburse me my original purchase price if I returned the machine. Though less shipping and taxes and a 30% restocking and refurbishment fee

They are right. That is a better deal than usual. I wish I could get that deal on the 3D printer I bought. By the time I figured out that it did not have Wifi as was advertized they would not back it. 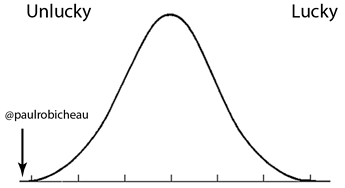 That is horrible. I can’t do anything to help, I just hope there is some good resolution.

Maybe you could be covered under the Federal Lemon Act? (yes, it is not only for cars, but also for electronics)

“If the manufacturer has been unable to properly repair your defective product in a reasonable number of attempts. You may be entitled to a replacement product or full refund for the purchase price.”

While this is a Federal Act, the level of enforcement varies from state to state. Take a look at it in your state, maybe you are lucky and it is easy to file a complaint and get your money back. Not sure if it is the same, but the Magnuson-Moss Warranty Act deals with warranty as well.

In recent years, the Federal Trade Commission (FTC) has been increasing the enforcement of this type of law.

BTW, one of them is the Right to Repair Act, which states that the manufacturer can not limit consumer repair choices. Just saying.

Take a look at it in your state, maybe you are lucky and it is easy to file a complaint and get your money back.

In looking at the Wikis what might or should have been done has been scattered through state and federal law weaving and dodging to the extent possible, so it appears that a reduced version of what you paid is the best financial result you could hope for. As usual, phantom “protection” can be pointed to, but actually trying to use it results in something very different.

I was paying $13 a month on my mortgage for many years as protection against disability that would pay off the mortgage if I was disabled. Well, I became disabled and guess what happened to that “Protection”?

, I got a leak on my roof during Harvey and my -few thousands dollars- homeowners insurance was good for nothing.

Some neighbors with same issue used a lawyer and, they say, they got the compensation. I “didn’t want problems, I said

This is supposed to be a Federal Law, part of the consumers protection laws. BTW, the congress is adding teeth to it.

Worth looking at it. Just saying.

I got a leak on my roof during Harvey

I was in Winter Park when we had 3 hurricanes hit within the month each of which put a tree in the house, and a lot of trees that missed the house but still needed cutting, plus some flooding.

Hartford paid off well but took a few months but USAA put up $30k available to checking account interest-free for six months that paid for the time between paying the contractors and Insurance coming through.
Then Hartford and all the honorable home insurance companies left the state and that was when the real nightmares began.

, I got a leak on my roof during Harvey and my -few thousands dollars- homeowners insurance was good for nothing.

I had a Persian Rug worth thousands of dollars and my pet urinated on it, and ruined it, I called my homeowners insurance about it and they refused saying that they don’t protect against “Acts of Dog”

Hahahahahahahaha … they should have an engraved plaque in their lobby: “Acts of Dog not covered” along with a Dog peeing drawing.

If they are new that is itself a red flag, but not a separation. In car insurance, USAA is about the only one in the business that has not been a nightmare, as almost all I have tried at one time or another.