I’m working on my daughter’s birthday party… a The Greatest Showman-themed slumber party (my kids study circus arts and are both obsessed with The Greatest Showman). I bought this file on Etsy (this shop has some gorgeous files) to cut out invites, but it was far too detailed for the size of the invites. I’ll probably try again, but I didn’t have any other cardstock with me at the time. Anyway, I decided to cut it out on some Baltic Birch ply. I covered it with transfer tape, which I’m kind of regretting because I think the lightly charred wood pairs well with the design. I used the Medium Maple proofgrade settings.

This design was meant to be cut on a cutting machine (i.e. Silhouette) and I was convinced that it would not survive the kerf of the laser with such detailed cuts. Some of the lines are impossibly thin. But somehow it all worked out and it looks amazing. I did lose one star outline (on the cannon) as I was trying to get the transfer paper off. If I cut it again, I might try to make that a solid star because it was completely charred. This is taken at a slight angle, but any of the lines that look really dark are so thin that I was afraid they’d snap just by touching them. 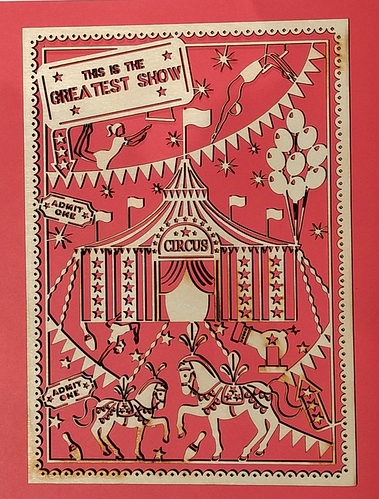 Thanks! I was really not expecting it to say in one piece as I was watching it cut.

I can’t believe how fine of a cut it got. I wouldn’t have ever though to design something with such fine lines for the laser, but that makes it all that much more impressive!

I wouldn’t have ever though to design something with such fine lines for the laser, 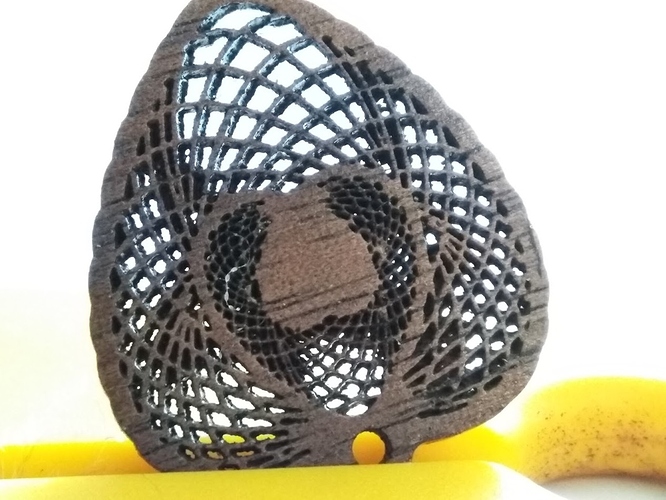 Lovely! Fwiw, I am becoming a convert to minimal masking for thin things. Especially with repositionable adhesive.

FABULOUS!!! Love all the detail!

I think under other circumstances I would have appreciated the masking, but this would have looked nice with the weathered look that would have resulted. But, yeah, the masking was a biyatch to get off. Lesson(s) learned.

That’s fantastic. I think I would have gotten better surface results with a thinner material that could have used a faster speed, but I’m not sure a thinner wood would have been able to hold itself up at that scale. It’s about 10 inches tall. The outside frame is held on with just a few thin connections.

the masking was a biyatch to get off

I have found that where it can be used a bit of soaking in the alcohol hand cleaner can dissolve the glue so the tape just falls off. I let the tape dry on my magnifier case from those earrings as you can see here… 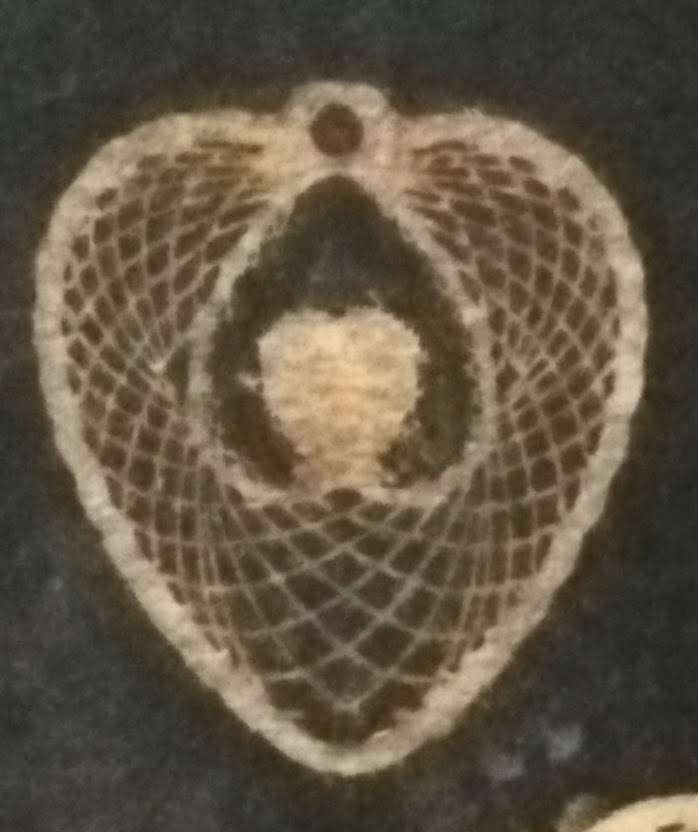