Loving all of inventables two toned acrylic and blown away by how bright the glow in the dark stuff is…took a min to figure how to engrave 1/ 16th but it turn out pretty bad ass. 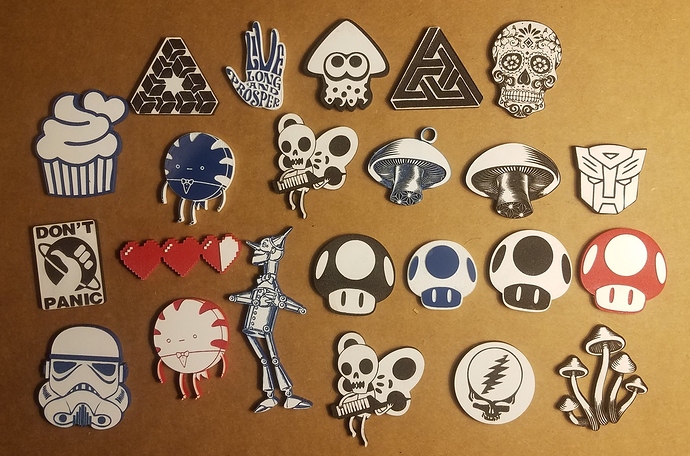 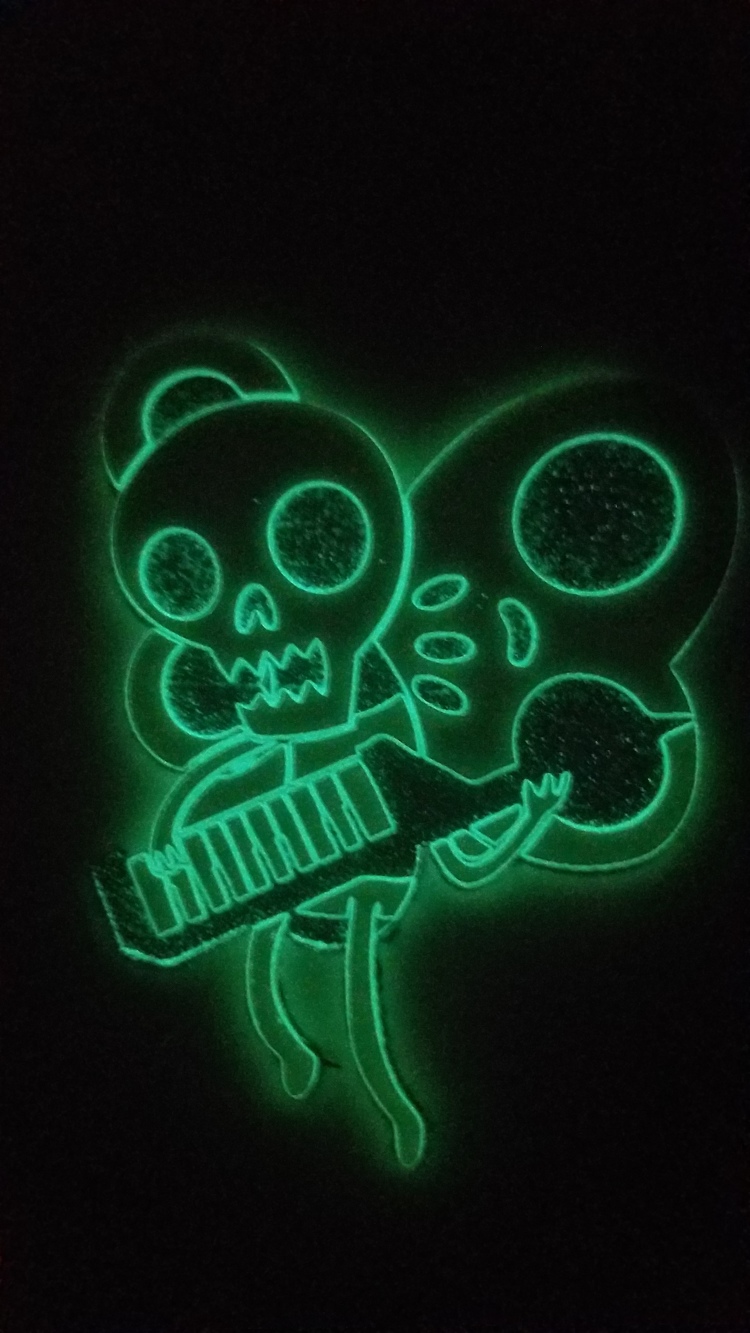 I just ordered some two layer acrylic to try. Hopefully I don’t waste too much on trial and error.

Mind sharing your settings? I haven’t tried it yet, but keep meaning to.

You stuff looks great! I’ve had some of the glow in the dark stuff laying around forever, didn’t know it would glow so well! Now I’ll have to cut some.

I was hesitant as first but guess that the fun of trial an error, which by the way didnt turn out bad at all. So at first i used 1000 s/ 30 p with 2 passes to cut down on bleeding and dust covering the piece but now that i found that isopropyl alcohol cleans up the pieces really well i raised the power between 55 and 70. Really depends on if you want a deeper engrave or shallow.As for the cut i just used proofgrad setting for medium acrylic and works wonderfully if you dont have close or tight cuts.For the 1/16 engrave i used 300 s and 20 power and played around withe the lpi havent decided on the number yet, and to cut 200 s and 80 phttps://community.glowforge.com/t/one-ring-escutcheon-material-settings/12328 found @pdobrien post helped alot

not at all…posted them from the reply above

Really nice work, and glow in the dark looks great.