This is not the first instance of this problem.
Previously when reported there was mention of using the ctrl - pg up and down to change the contrast. This does not fix the issue, only creates additional splotches to ruin the design.!
On the Bed: 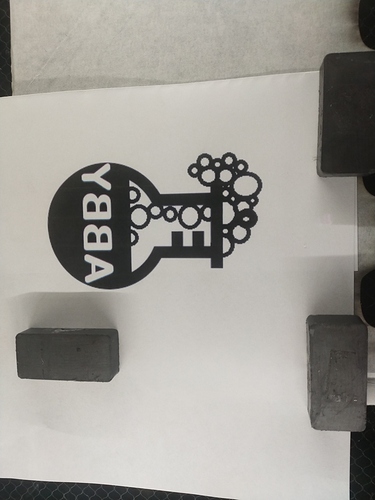 On computer screen of bed before trace: 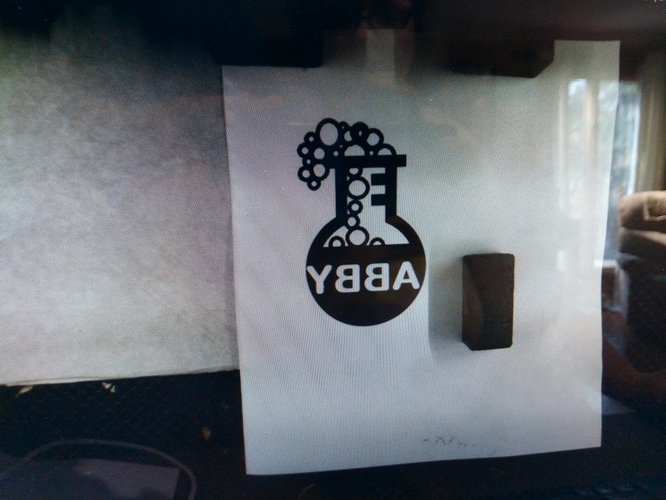 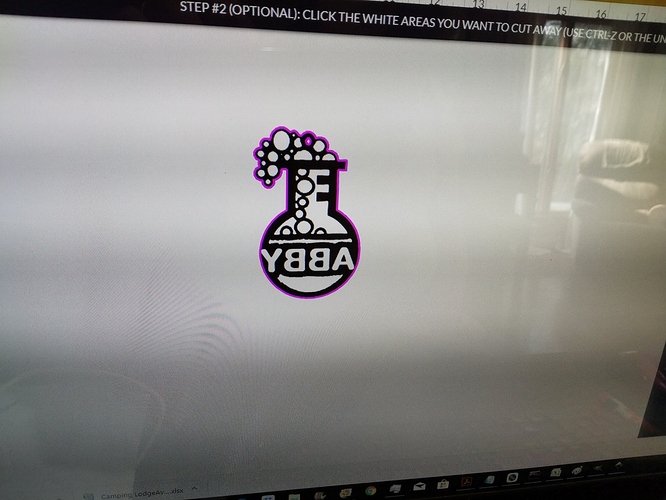 In the 3 pictures you see a solid black design on the paper, solid black on computer screen on bed before trace, then a hollowed out design after the scan.
We have had this problem with different designs.
Sometimes it works as expected and sometimes it does not.

This image I placed directly under the camera. The lights in the room have been turned off.
The lens has been cleaned.
Any thoughts?

Lots of them. (Too many really.)

But to your point - yes, large blacked out areas can pick up a glare reflection from the scanner, and it’s damned near impossible to adjust out. You might be able to scuff it up a little with a light brushing from an emery board and eliminate it…it’s something I thought about trying once but never got around to it.

In your case, that appears to be a printout from a file. Do you already have a jpeg or png of the image created somewhere?

If so, it’s not necessary to print the image out first, then scan it and try to create a trace for it using the Glowforge interface. You can bring the file into a program like Illustrator or Inkscape and create a cut line for it with just a couple of clicks, then save the file as an SVG and load that into the Glowforge interface, and the engraving and the cutline will already be in it, perfectly aligned and ready to go.

Are you familiar with a vector drawing program? (We’ve got a lot of tutorials on using them to create files for the Glowforge - if you’re interested I can give you the links.)

When I scanned an image off my tablet the glass screen was problematic for reflection.
I have been able to avoid the glare problem by putting masking tape over the camera lights, and turning off the room lights for a scan.

Thanks for letting us know about this. I’m sorry the keyboard shortcuts didn’t work for you.

We’re seeing this, too, and we are looking into it. For now, like @Jules said, I suggest uploading the file as a JPG or PNG file if you are able.

If you have any other questions, please post a new topic.