So over the spring we moved my wife’s grandparents closer to us. Through the ensuing clean out process I came across a box that was starting to fall apart.

Pappy used to be a master craftsmen and worked in a local shop that dealt with high end clients including military. According to him it’s something he “threw together” out of scrap wood and there was so much he wished he could have done differently but he was making it for one of the 7 kids he had so it was good enough at the time.

I’ve inherited most of his tools and was thinking about trying to remake the box in the pictures below using the good old glow forge and give him that as a gift for Christmas.

The rest of these are the underneath layer which is supported by more little strips. Ideally I’m thinking about trying to do a engraved slot (if anyone has any tips on this I’d be greatful to hear it!)

One idea is two layers, with an inner tabbed box supporting the middle shelf and separators and an outer clean box glued around it. Your lid could then be two layers, the bottom smaller than the top to provide a secure lip. The pictured example just uses a single layer top. 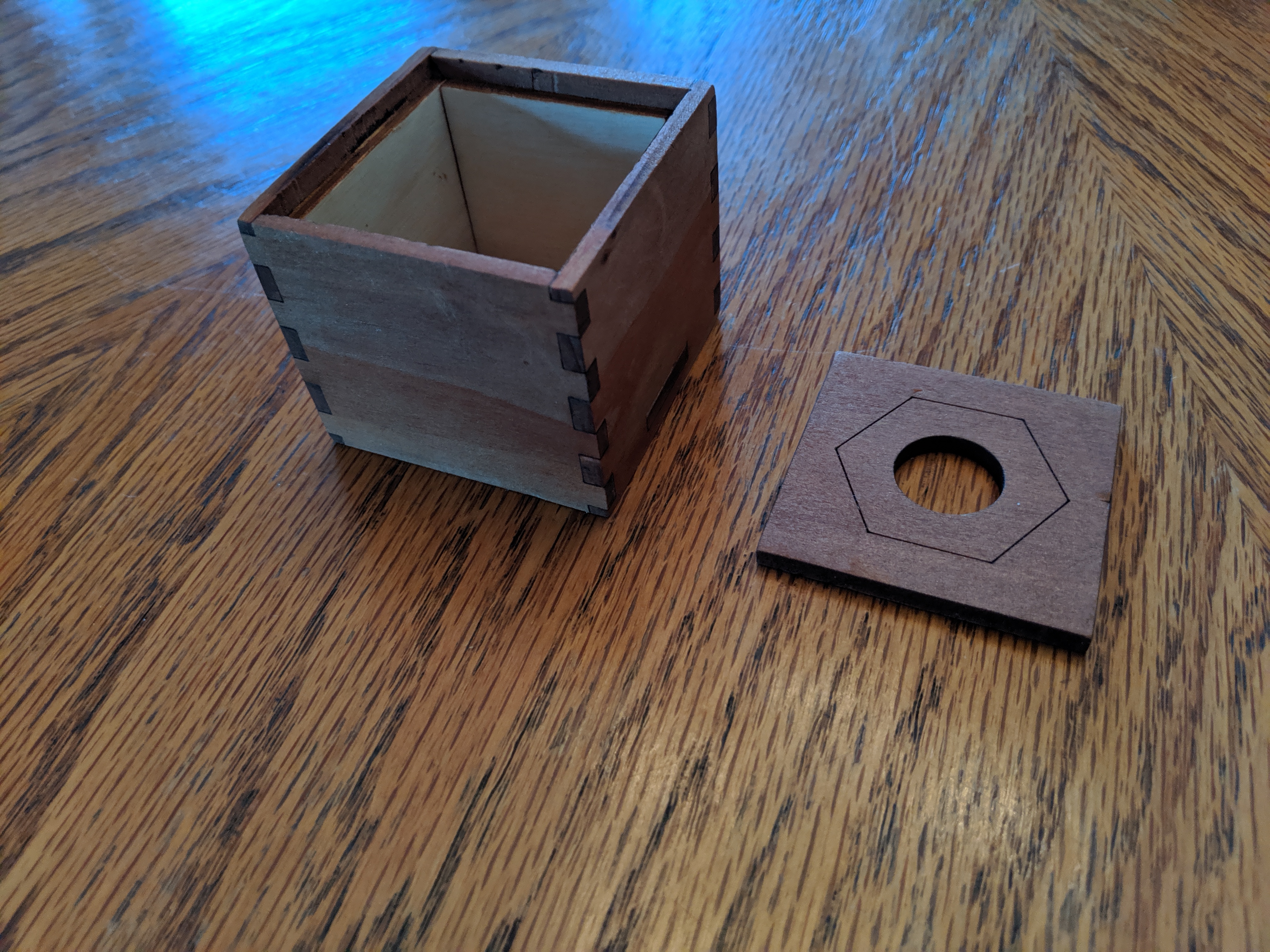 For the drawer, it might be easiest to move the rails to the outer edge, simply extending the left and right sides downward to form them. A matching slot through the outer box and tracks on the bottom of the inner box would complete things. A vague/crude sketch: 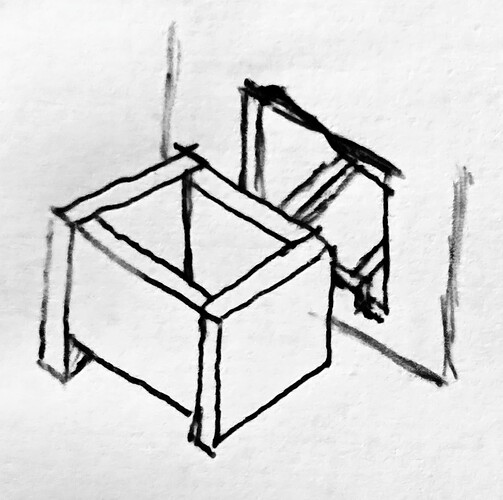 (Literally on the back of an envelope.)

Sorry, thought I’d jot this down while having my coffee, but it’s hard to convey such things concisely.

@timjedwards No I get it, it gives me some ideas and something to think about. I was half tempted to have the bottom drawer trackless and just resting on the bottom of the box itself but I’m not 100% sold on that one just yet

The first one had tracks, so I’d stay in that spirit.

@timjedwards As for the box in a box concept, do you think that would support it better then say making a slotted joint to permanently hold the board?

I would do a nested box only to hide the laser joinery. If that’s not a concern, you could skip it unless you just like the nested aesthetic.

I personally would use tabs and slots for the internal bottom and separators, I enjoy avoiding glue.

@timjedwards oh I’ll definitely still be using some glue, I’ve got an extremely strong wood glue that I add for extra re-enforcement, out of force of habbit. I personally have nothing against the laser edging and in fact Pappy said normally he would have fmdone finger joints in the router anyway.

and @timjedwards How about you make the drawer’s bottom out of two separate layers? The drawer’s bottom (inside layer as seen when drawer is pulled out) is flat and joined to the sides. Below that, the lowest layer encompasses the same area as the bottom, but is cut & glued to accommodate the runners. The channels could be made narrow, but since I’m considering glue, I’d want more surface area connection rather than less.

Edit: re-reading earlier comments does wonders for my understanding. I think tim’s idea from the drawing is the way to go.

@kelley1 Fair points, I’ve got a few other projects to get done before I can actually give this any solid attention but till then it’s good to gather info for sure

Thanks, looking forward to the results. I hope it’s a fun build.