Heavily inspired by the drive behind https://www.mekwoodworks.com/52-boxes.html, I decided last Sunday to attempt to design and make a box every day for a month (obviously the laser cutter and my lack of perfectionism allow me to accelerate 1 box / week a little bit…) 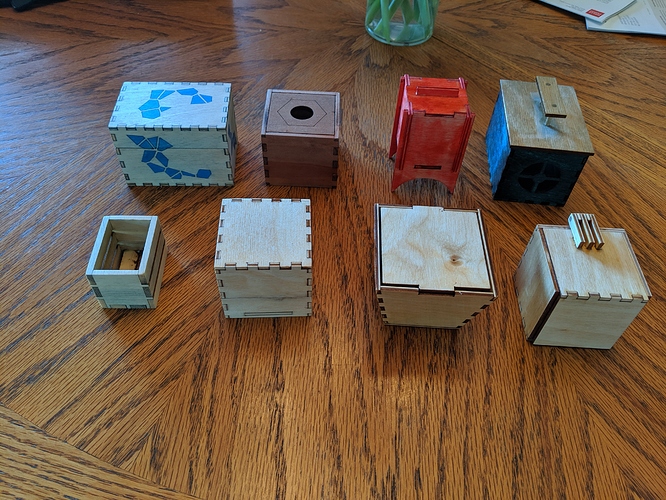 Made from 3mm plywood with scored and stenciled Voronoi. Inset with more 3mm plywood to allow the box lid to sit snugly on top. Finished with paste wax. 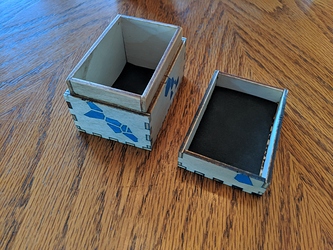 Redwood that I resawed down a while ago and haven’t really figured out a use for yet. Lid lies on the top plywood inset. Bottom of the box is mortise + tenon instead of finger joints. Very, very soft wood… Finished with danish oil. 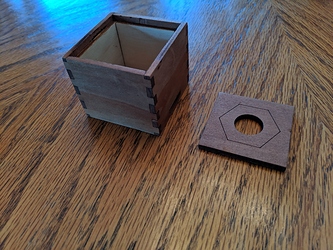 3mm plywood, construction is half-slots that fit together. Same bottom as Box 2. Finish is red food coloring and rubbing alcohol with a polyurethane coat. I had a lot of problems with sanding due to the non-flat nature of the box, and the food coloring + alcohol finish raised the grain pretty aggressively. 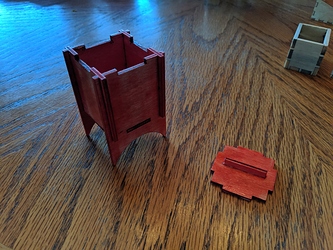 Another boring 3mm plywood box with the same finish as Box 4, but the food coloring worked really well on this one. Lid I’m almost entirely happy with except for a total failure to get the poly covered evenly, which is why it’s bashfully hiding behind the box. 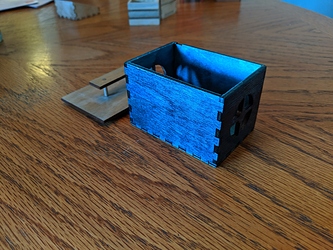 Not plywood! This is resawn from some pine firewood which had some fungal discoloration (beetle kill pine). Apple-crate style construction looked fairly well but the construction is definitely not square… next time I would add some registration shoulders so the slats fit perfectly square. Finished with danish oil 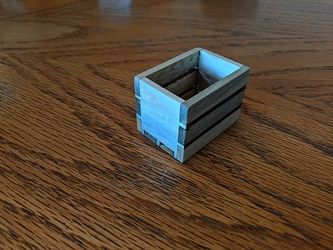 But it’s got a fun shape! Bottom is just straight glued on. Finished with polyurethane. 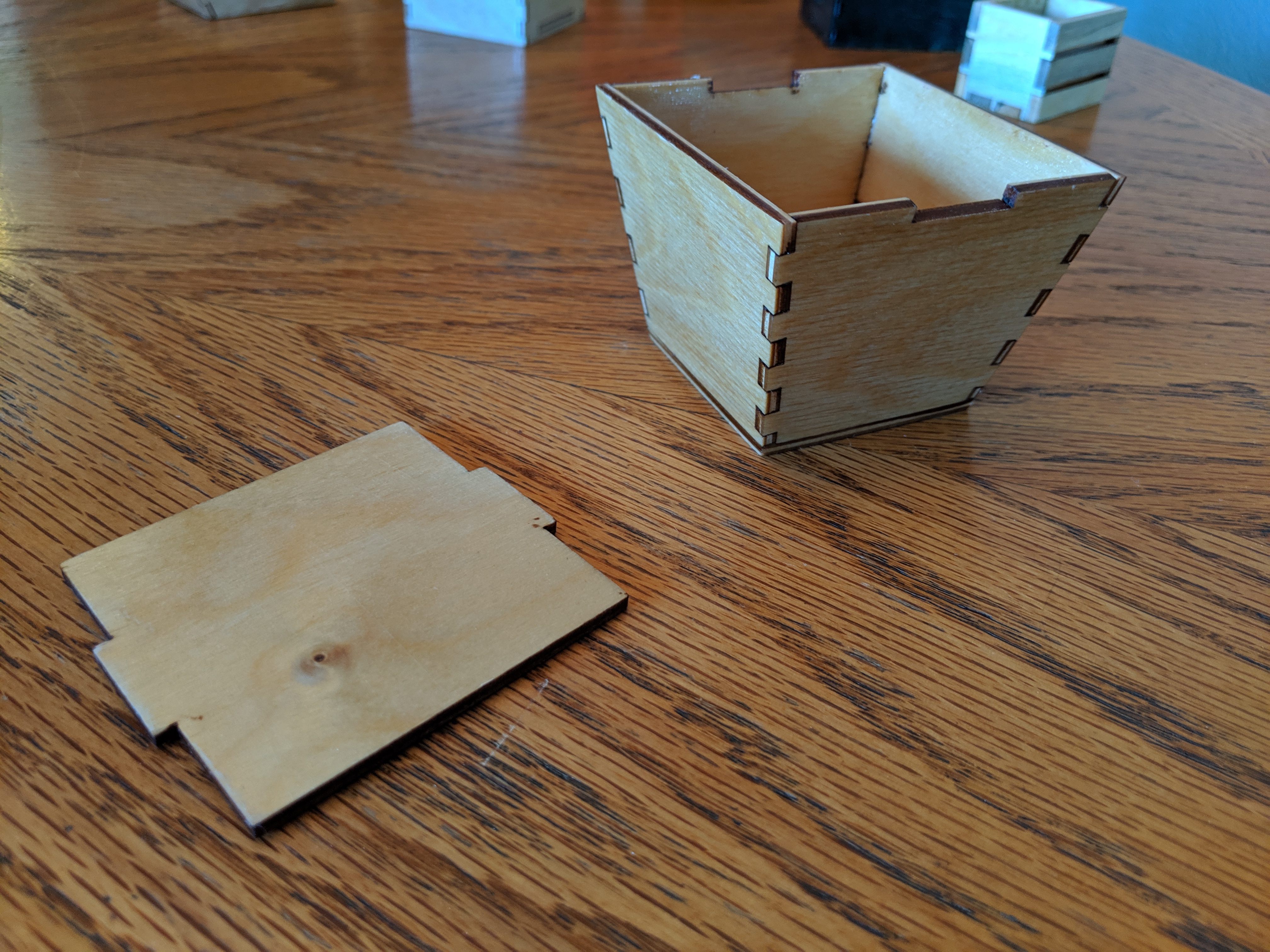 3mm plywood. I wanted to do a box like #1 but with different shapes… this one turned out really well. Finished with poly. 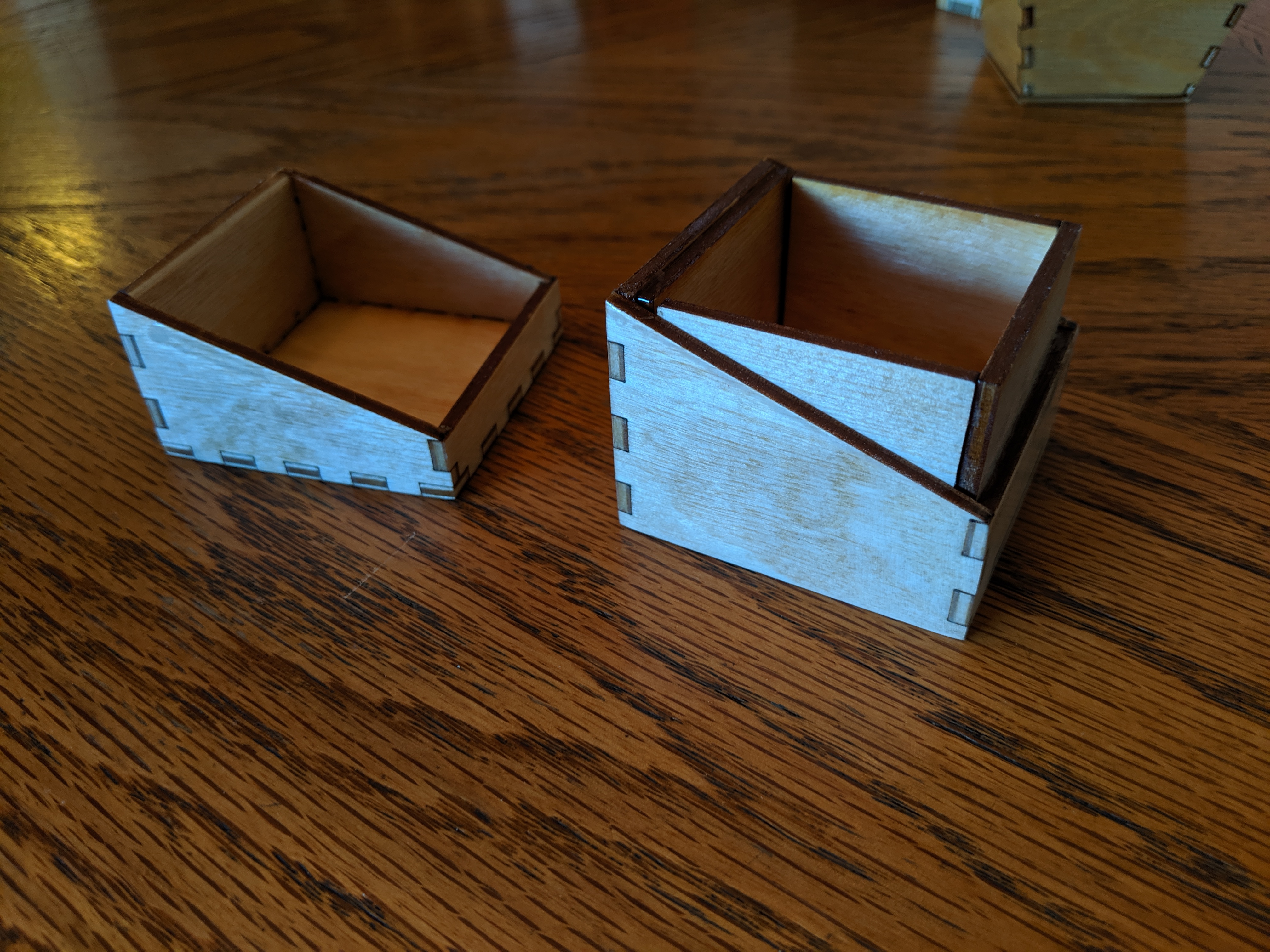 3mm plywood. First attempt at hinges with wood. Like how this one came together but the actual box portion feels a bit undone… I think I’ll try to add more fun elements (and maybe some help making it actually square) next time. 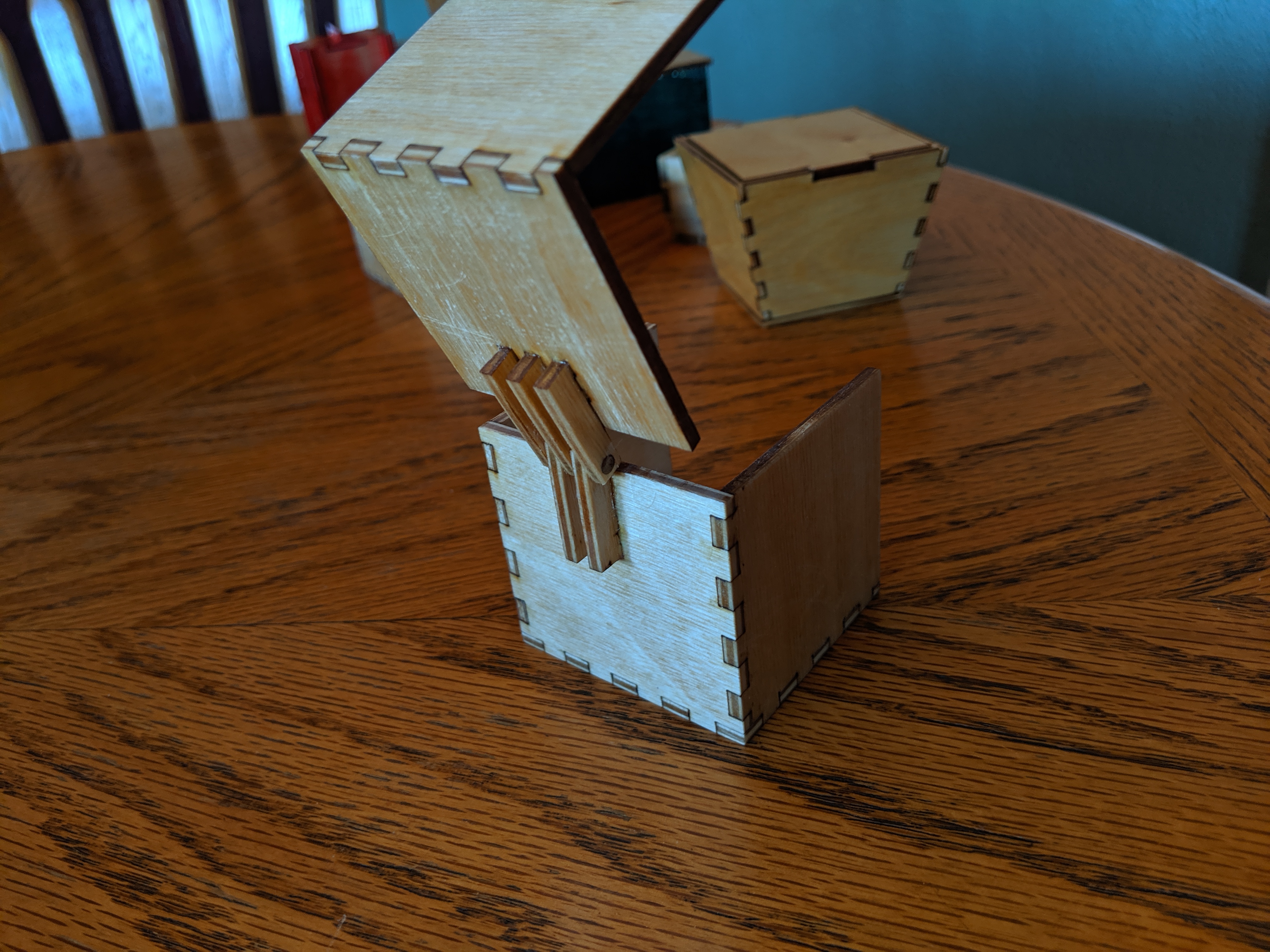 It’s more like a box-ish a day - I can batch multiple on the weekends and then use them for days when I’m totally booked.
I don’t really care about making boxes that are similar so long as they’re not totally identical.
I wish I had more pulls / lid design inspiration.
Box 4 looks way better in real life than the picture.
Box 4 and 6 are probably my favorite in execution, if not design.
Plywood is too easy (and cheap) to use vs finding / making thin hardwood sheets…
I’ll probably dive into the joint madness in Variations of finger joints soon…

That’s quite a goal you have set for yourself, but you should end up with quite a collection by the end. Have fun!

these are great. i keep talking about making more boxes, but i haven’t really gotten to it. maybe i need to do a challenge like this for myself.

You will inspire us all. Looking forward to see the total.

What a great challenge. I enjoy making boxes too, (drawers even more so), and you’re giving me ideas!

This is a fun challenge. What will you do with all of these boxes?!

I love the “just do it” attitude. I tend to get bogged down trying to be perfect. If you need inspiration here are my pins for laser boxes… https://www.pinterest.com/pschmaight/laser-ideas/boxes/

One trick with wooden hinges? Make the hinge pin captive!

This was done with boxmaker. I simply tuned the variables until the hinge hole was slightly larger than a toothpick and was embedded in the box enough such that, once assembled, the hinge pin can’t fall out.

I’ve been meaning to experiment further. Love the “box a day” notion. 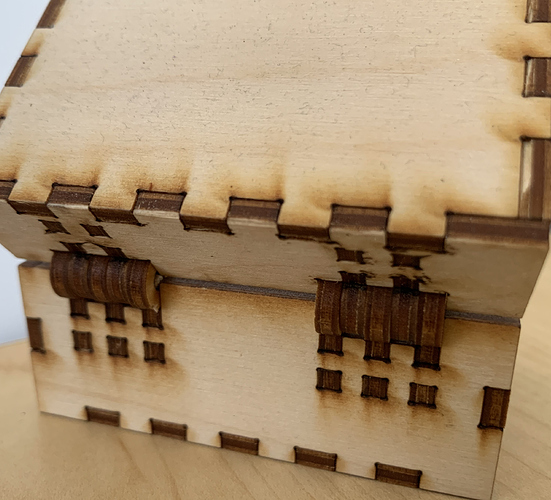 Nice challenge. Soon you will be making boxes to hold all of your boxes.

This is way cool! I was trying to think of a way to make them more internal. I’ll definitely be doing this.

Thank you! A ton of good ideas in there. I’ve also been keeping a pinterest board (https://www.pinterest.com/kingoflepers/box-challenge/) with some neat concepts I’ve found.

I love boxes…these are fabulous!

What a great challenge! Love it!

This is so much fun! Both the original post and the great replies. Inspired by all of it - thank you!!

Love these! Have you tried any other material? I’m currently trying to design a box in acrylic and have found it to be quite tricky to get the measurements just right.