Sure, there’s no official retribution that we as receivers of packages can get from things like tripped shock tags, but reporting the driver is more about making sure that their superiors know that they aren’t operating to a level that they are supposed to. There’s no guarantee when I call to report the driver that it goes beyond the operator who takes the call… but at least I would have done my part to report someone not meeting the relatively easy requirements of their job. (i.e. delivering packages to the right place and not damaging them). Ideally the report gets to the right people and the driver gets a reprimand for poor performance. Most likely not though.

How rude of you to have steps interfering with the delivery process.

USP just tried to deliver my Glowforge and as they lowered the box off the truck all you could hear is the shattered glass cascading around inside the box. The box looked intact and all 4 handles were present but it was obvious that it was not right.

all 4 handles were present

You should have grabbed a couple of those! Those things are rarer than hens teeth.

Oh I’m sorry to hear that. That’s two in one week. Did you just refuse delivery when you heard the glass?

I’m so sorry. UPS should probably make their drivers start wearing body cams. I hope GF is able to get you a replacement in time to burn holiday gifts you were planning on if applicable. I know it has to be really bothering the GF staff when after the difficult multi-year uphill battle to get the things from R&D to complete, someone carelessly and indifferently tosses one around like this.

The point is it’s not poor performance. You can put a sticker on the box that says “SPECIAL BALLOON DELIVERY WARNING! Must be floated gently to the ground in a hot air balloon”, and make it look all official, but it’s going to arrive in a truck, and nobody’s supervisor is going to have a stern talking to them about it. Those shock stickers look cool, but they’re at most a way to tip you off that you should check inside the box. A broken shockwatch is explcicity not grounds for a claim.

In reality packages get thrown and dropped and beaten up. We have to be realistic about that, and I wouldn’t be attempting to make any claims against UPS for the situation shown in these photos.

However, having worked at UPS, I know that they drill into all employees the importance of the customers’ packages. Only two things were ever highlighted as getting you instantly fired. One was fighting, the other was throwing a package… and it’s the fastest way to get fired. They have zero tolerance. Oversized/heavy packages have almost no chance of getting damaged anyway. They are always hand-loaded into the back of whatever truck/trailer they are going into, and then hand-unloaded and delivered to the next truck via golf cart. They are never supposed to be loaded anywhere but directly on the deck of whatever truck they are going into, and always towards the end of the load, in such a way that they are unable to fall onto anything and nothing else is able to fall on them. The fact that we are seeing so many damaged packages is very concerning.

My point is that the package in the photo is indicative of VERY poor performance by the driver that delivered it. It is beaten up, on the wrong end, left nowhere near the door, and someone (maybe the driver, maybe someone else) tampered directly with the shock sticker as if to hide something. Each one of those things is grounds for a report against that driver. Yes, there is no claim to be made, but it is very, very much an example of “poor performance”.

If I was a supervisor at UPS I would absolutely want to know if one of my drivers was not performing up to par.

But we are in the real world, and as such… that isn’t always how things work out. Wouldn’t stop me from making the call though.

Sure there are bad drivers, but I would still expect most damage to come from handling from the pick-up truck arriving at the first terminal until it is placed on the delivery truck at the last terminal. You’d think they can’t be that far from completely automating those handling steps.

After reading this post about UPS policies, I have to conclude that I actually occupy the Mirror Universe where UPS drivers grow goatees and throw packages.

That would explain a lot of things, actually.

A lot of that is partially automated… for regular packages. Not for oversized ones. If they tried to put

through the regular conveyor system, it would jam up and get crushed for sure. You know that airport scene in Toy Story 2 where they are in the airport’s luggage conveyor system. That is pretty accurate for airports (I’ve climbed through those conveyors myself), and it is also very close to what you see at a UPS facility. It still requires a person to unload the arriving trucks, people to sort the packages into the correct belts - at multiple points, and people to actually stack the packages in the departing trucks. (The biggest thing that bothers me in tracking packages is when there are no updates. I know firsthand just how many times a package is “supposed” to be scanned in every facility - unload, sort, load at a minimum.)

just to add on to that… when i asked to hold my shipment, i had multiple options for where i could pick up the smaller box, but the big GF was only available for pickup at the main UPS distribution center outside of DC.

The same could be said for simply scanning the tracking number. I used an
iTunes gift card the other day and the camera snagged the number almost
before it was even in the field of view… if that can be done so
accurately, there is no excuse for a package not to be scanned at every
facility!

So my replacement GF is being shipped by UPS ground again, and I have to wait another week? Really?

I don’t buy it that the tech isn’t there. The problem is paying to have it installed and updated. My son works at a HUGE Amazon warehouse supporting the robot pickers. It’s astounding what can be done. I saw a documentary on the baggage handling system in Dubai. Wow!

UPS recently publicly announced they were way behind in deliveries. This likely explains the recent crazy errors we’ve seen. :-/ 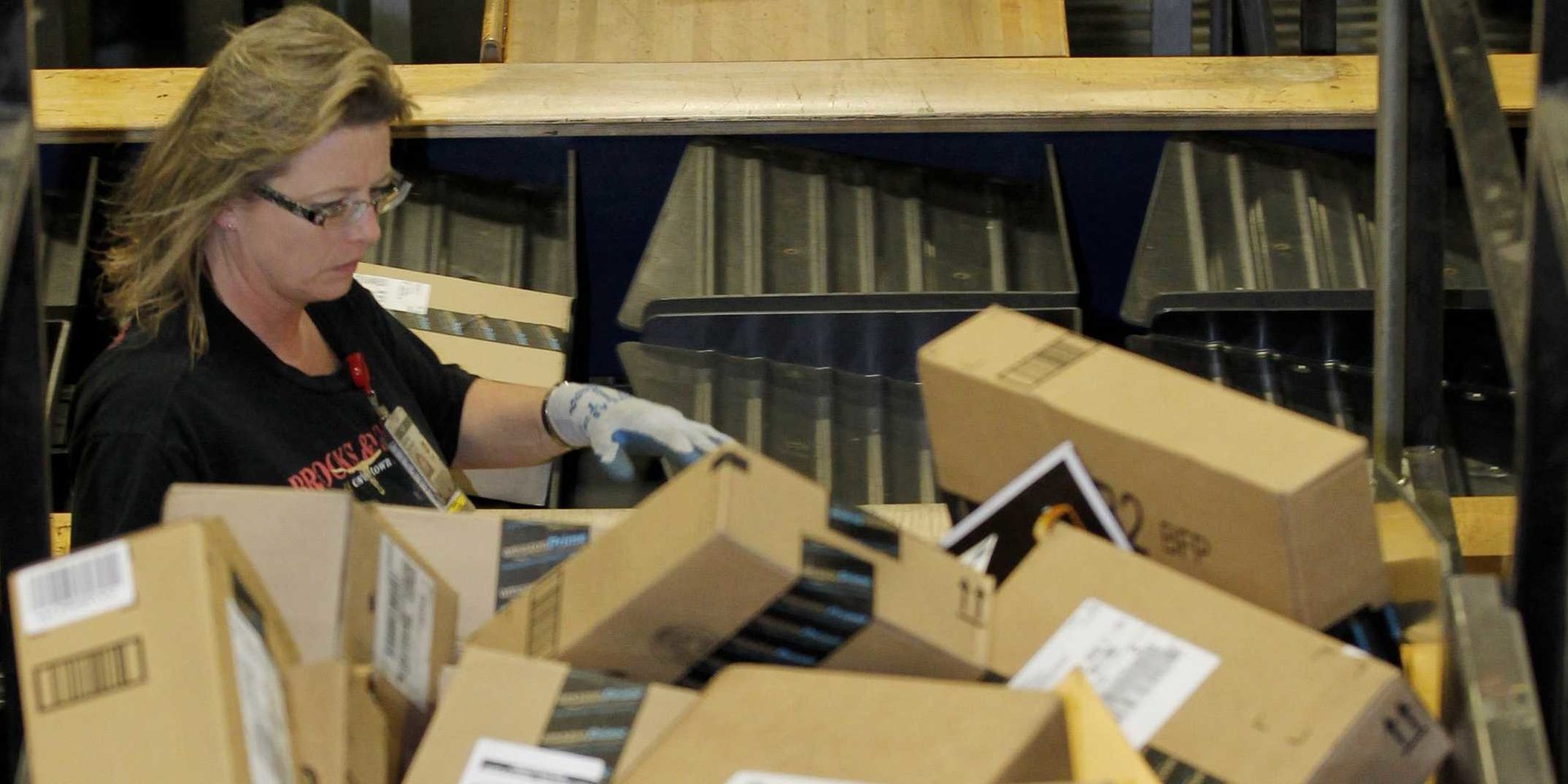 UPS drivers are working overtime — as many as 70 hours over eight days — to clear the backlog of packages.

I know this thread is old, but it popped up when I searched for this delivery delay (although mine says, "Your delivery will be rescheduled) for MY GF, which was supposed to arrive Friday. I figured I’d share in case other people stumble across it as well.

Thank you for reaching out to our team, we understand that you’re concerned about the delivery of your package. In reviewing the tracking details, it appears as though their was a delay during transit. It appears as though the trailer that your package is traveling in, was left at it’s last hub and missed it’s transit out. Unfortunately, I don’t have to details on how that happened.

Centers are working to have this matter corrected. Please continue to track your package online, once they get the delivery date set it will be made available for you online. We do apologize for the inconvenience of the delay, as I know you were looking forward to receiving your package.

It’s unclear to me how they haven’t been able to resolve a “forgotten” trailer in 30+ hours, at least to be able to update my ETA. My smaller package is still on the way. Looks like I won’t get the GF by next weekend after all.

This would be less annoying if I hadn’t waited to time my order so it would arrive shortly after we returned from vacation after putting it off for most of the summer due to busy schedules.

They can’t even figure out the correct use of apostrophes; no surprise they can’t keep track of their trailers!

Seriously, though…this is SO frustrating. I’m sorry you’re having to deal with it!