U.P.S. IS THE WORST PACKAGE DELIVERY COMPANY
Sunny and 65 degrees and they wait till 4pm to update the Tracking page with
"Due to operating conditions, your package may be delayed. / Your delivery has been rescheduled for the next business day."

The driver probably came down with a bad case of heavybox-itis.

What customers don’t understand is that it is sometimes weather conditions in an adjacent area that affect or delay their delivery. Still, unless you have horrific storms within 100 miles or so, it shouldn’t be affecting at all…unless it couldn’t get through the mountains to get to the local terminal.

If his package was out for delivery that is a pretty lame excuse!

My Pro was on a truck Saturday, and was bumped to the next business day with ZERO explanation. A poor explanation would have been an improvement!

Operating conditions is a catch-all for almost anything. It includes trucks being broken, staff not showing up for work, late planes causing sorting delays, systems down, etc. It’s not usually weather as they generally call that out specifically.

That sucks, especially because you need to be to sign for it!

On a side note, we have a exceptionally horrible regional shipper in the NW (OnTrac) who once had a package for me marked Out for Delivery from 9:30 am to 8:30 pm at which time they marked it undelivered for weather reasons in Tempe, Arizona. I live in Washington. Must have been one hell of a storm.

They also once “delivered” a package to the street at the corner near my house. They literally just opened their door and pushed the package out onto the street like they were dumping a dead body.

No mountains here in Ohio, just a few hills and no rain in the past 72 hours.

Because of a past history with USP delivering crushed packages I had a camera out watching the driveway and it captured a UPS truck delivering to 2 separate houses across the street at 3:47, about 15 minutes before the update posted the delay notification.

I guess you’ve never had anything “delivered” by LaserShip

I’m expecting a package that I got the same message for. I think it’s just extreme backup due to Black Friday sales. Probably hasn’t been unloaded from the truck to the sorting center yet.

UPS started two person holiday season runs in my area today. Glanced in the back of the van while they were crawling all over boxes to find mine. There were three times as many packages as usual.

It could have been misloaded, too. Either placed on the wrong truck or buried in the wrong place in the truck.

On a side note, we have a exceptionally horrible regional shipper in the NW (OnTrac)

We have OnTrac in California, too. They used to be really bad. I had several Amazon packages (e.g. video game consoles) go “missing” when they were set to deliver them.

But in the past 2-3 years they haven’t been bad. Amazon hasn’t used them nearly as much since they started their own delivery service, but they still do a certain number of 1-day deliveries in my area and it’s been a long time since I had any problem with them.

Amazon’s own people are pretty bad, though. Today they did this: 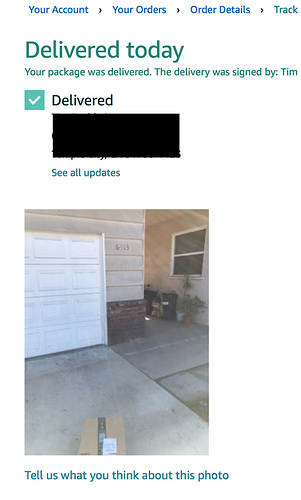 You can be sure I told them what I thought about that photo!

No, I didn’t sign for it as they claimed. They didn’t make it anywhere near the front door, let alone ring the doorbell to let anyone know they were there.

Here’s the view from the front porch: 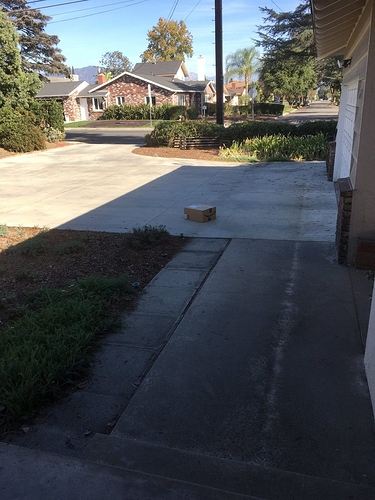 Today I had an unmarked white van basically do a drive-by and throw a box at my front door. Fortunately it wasn’t breakable, but I think maybe delivery standards are… Low around the holidays.

My wife and I really like our UPS driver, but I will say their local distribution center here has some real challenges, and some of their policies are nuts.

Example: Our house is literally on the absolute end of the driver’s route. So if there is any delay, he ends up not making it and our package goes back for delivery the next day. If the delays continue, they will continue to repeat this cycle indefinitely. A few years ago, right before Christmas, we had what is considered a big snowstorm for this area. UPS was able to make deliveries, but there was a little delay - enough to cause the driver to skip our house. So after this continued for about a week UPS gave up and loaded our package on a rail car. There if a sat until well into the new year, meaning my son didn’t get his Christmas present.

As a contrast, that same year, some of the local Fedex employees VOLUNTEERED to work Christmas Eve. I spoke with a lady at their distribution center who was one such volunteer. She said she was flying out to see her daughter, but not until later that evening, so she volunteered. She went on to say that if by volunteering to work that day one kid got his Christmas present that otherwise wouldn’t have, it was worth it.

UPS is the worst except for everyone else. At least in my experience, they’re the ones who I would put the most faith in to get a box-shaped object from point A to my house. If I had to deliver a letter overnight to a business address, maybe I’d use someone else, but really who does that in 2017?

All shippers have issues. Having packaged and mailed 9000 packages in the last 5 years, I can attest that crazy things happen all the time.

UPS has never failed to deliver and never damaged anything for me, but they do get strained for sure. On the day my iPhone X was supposed to arrive, the time window was originally 11-3, then got updated to 3-7, and then they didn’t actually show up until 9:30.

When the Glowforge was supposed to arrive, a “late trailer arrival” caused an exception and there was no info to be had, anywhere, as to where the package was or when it would arrive. Luckily it showed up the next day, but again later than the time window. 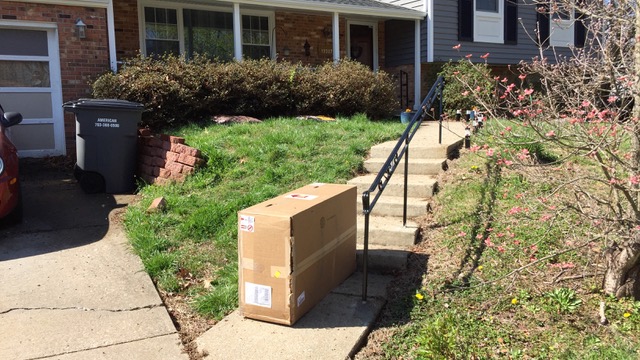 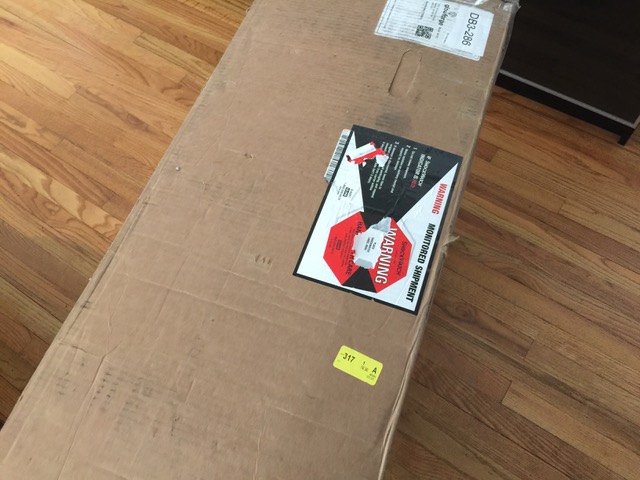 All shippers have issues. Having packaged and mailed 9000 packages in the last 5 years, I can attest that crazy things happen all the time.

my wife used to have $50,000/mo shipping bills from UPS/Fedex/USPS/international couriers. the only ones that she didn’t have semi-regular issues with were the ones via courier, where there was a live person escorting the package. and even then…

Ouch! So they ripped off the shock tag?! That’s kind of hilarious… But also sad at the same time. I mean, what is the driver’s expected outcome of doing that?

Uh… if the shock tag is ripped off I’ll report you too!!!

IIRC PRUs were shipped FedEx, and FedEx doesn’t provide any guarantees that ShockWatch tags won’t be tripped, so there’s really nothing to report.

For fun, poke around the UPS or FedEx web site and try to find out how to ship a package such that stickers like “fragile”, “this end up”, “do not stack”, etc., are honored. (This may be a trick question.)