OK, so this isn’t a bug per se, but certainly a UX issue that could confuse someone (it did for me for a moment) so let’s imagine you put in something (in fairness hadn’t had my coffee) and press “set Focus” the focus throws an error up on the screen due to the focus not being the laser zone. Well OK, so I changed the acrylic scrap I was using as shims and re-focused (didn’t really look on screen) and it still showed the error. Now I took out my calipers and measured and I was definitely in the zone, but then realized the error was from the prior focus attempt. In other words the error dialog never closed itself when I refocused. The only reason I realized this was the wording on the banner had changed from unknown material to no artwork, indicating it was good to go once I set some settings for the job.

So error is: focus failure error message doesn’t clear if you reselect focus and the next focus attempt succeeds.

I have seen that also, that error messages do not go away till you click on them. I was thinking that a feature rather than a bug, as I hate when a message comes and goes before I can read it but really need the info.

I agree, but if you re-run set focus it should clear the message.

I have not found that. Sometimes they are five or so deep and remain till I acknowledge them by clicking on them. even after the cut is done.

a feature rather than a bug 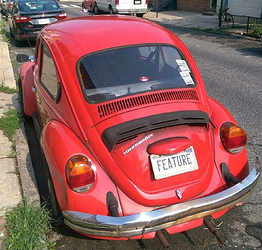 So the Volvo was a feature, the Volkswagon a bug?

Thanks for letting us know about the potential confusion from this. I’ve passed your feedback on to the team!