Support had me send a bunch of photos, and saw nothing damaged. I considered that great news! Of course, they asked me to print the GoGM on ProofGrade. When I hit print on the machine, it said my air assist fan was not running at the correct speed. I cleaned the contact points as instructed, but got the same message. I can’t clean the air assist fan according to the next set of instructions because I don’t have a can of air at home. I’ll have to get one tomorrow. I’m hoping that will do the trick.

Does anyone know the cost of a new air assist fan, and is it something I can do myself? I don’t want to send my baby away.

I have a small shopvac that I connected to a used C-Pap hose that has soft rubber ends, The soft rubber can grab the end of that shunt and connected to the shopvac it pulled a lot of air through and spinning up the fan, into that I gobbed in some Purell hand sanitizer which was pulled through taking with it any gunk that was slowing the fan. Leaving the shopvac on for a couple of hours after totally dried out the fan and the Purell went nowhere but the fan.

This is what the fan was like before cleaning… 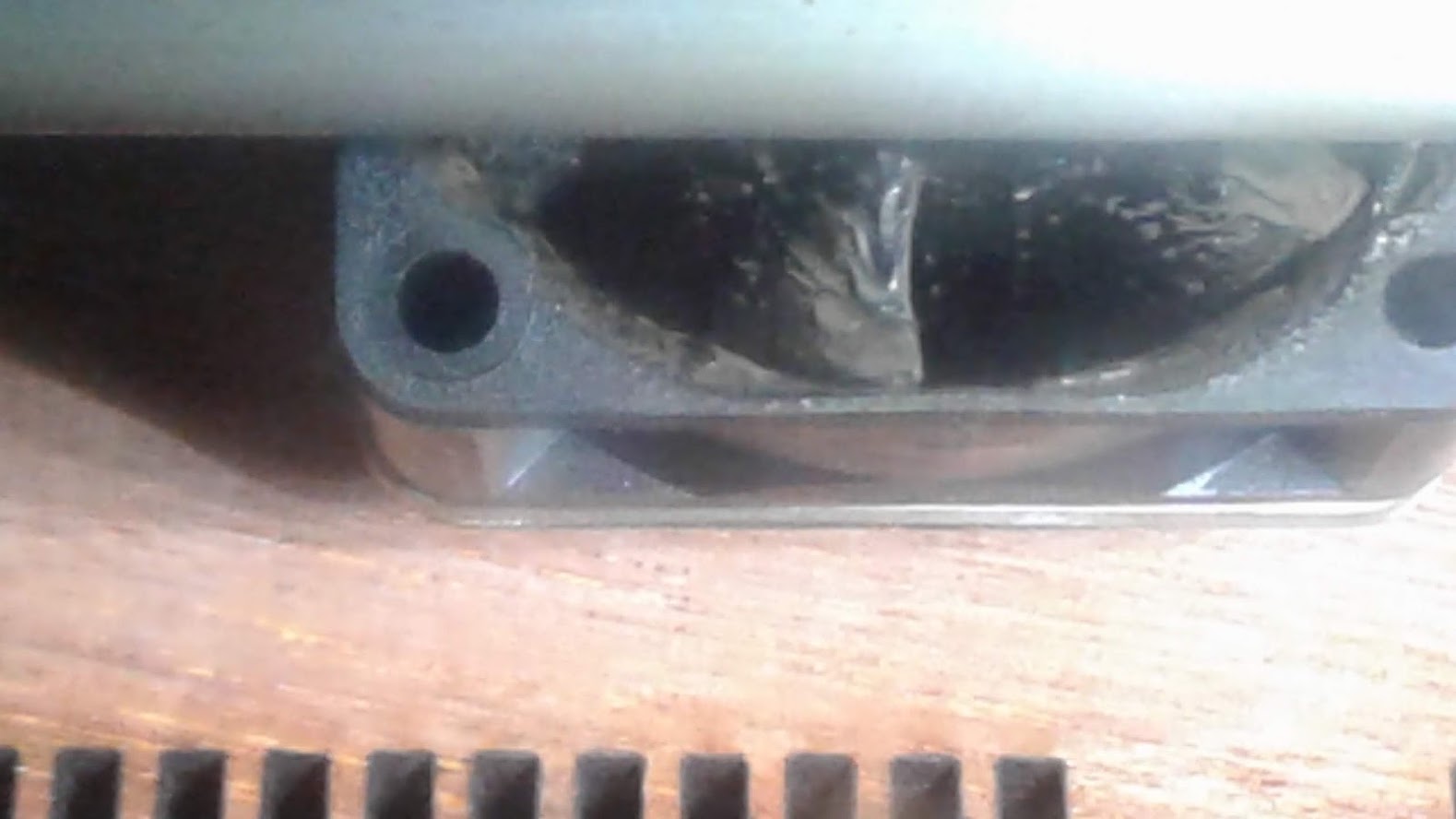 Worst case on replacing the fan is buying a new carriage plate. Not sure what they are charging for those, but I want to say $250 - which includes the carriage plate, fan, and I think a new belt.

Some people have replaced just the fan, but you’ll likely have to transfer the connector over.

Replacing the Air Assist fan - wiring question Beyond the Manual

Firstly, My Glowforge Pro is out of warrantee. I need to replace my air assist fan because no matter how many times I clean it it sticks, runs slow and just ain’t doing its job. I purchased a replacement fan from Amazon. My question for anyone who has actually replaced their fan… I plan on using the original connector by snipping the wires and soldering the new one in its place. As you can see from this photo, the color coding on the new fan wiring ( see yellow and blue), are swapped. Which…

When I took off the carriage plate to clean the air assist fan, I found the belt was frayed down to just threads at one spot. So I will need a new belt before I am back filling orders and making wonderful things.

Cleaning the fan with cotton swabs and alcohol took an hour and 20 minutes! I had no idea there was so much gunk in there. I asked Jeremy in support if I can take it outside and spray it with the nasty stuff we use on the exhaust fan. A can of air would never have cleaned all of that out!

Does anyone know how long it takes to get a new belt?

UPDATE ON FAN REPLACEMENT:
I finally gave up trying to keep the original fan clean so, I took off the carriage and unscrewed the fan from the housing. I unclipped the connector from the board and since I was going to reuse the original connector, I clipped the 4 wires near the fan itself, leaving plenty of wire to splice the new fan to. Using very small pieces of shrink tube for insulation I first slid this over the individual wires so I wouldn’t forget after soldering (yes, I’ve done that before!) I followed the original wiring colors (Red-Red, Blue-Blue etc). I carefully soldered the wires using the low setting on my iron and then shrunk the tubing around the connections. Plugged it back into the board, put the housing back on and ALL DONE!! Has worked perfectly since then. All told it took less than 30 minutes, including cleanup of the board while it was out. I purchased the fan from Amazon - the link has been posted in other postings.

My new belt arrives tomorrow. I am so excited to get back to making cool stuff!

New belt arrived today. I had no trouble attaching it to the carriage plate, and no trouble getting the carriage plate reinstalled. That belt, on the other hand, was a beast! I recruited my husband and then my son to help. We were lamenting how tight the belt is, when I suddenly remembered people talking about adjusting the belt tension. I looked that up, and we loosened it enough to get the belt on, then tightened it.

Right now I am running the GpGM. The head is moving but nothing is happening. No pew pew. Nothing engraved or cut. Will submit photo to support. Any ideas, anyone? Is my belt too loose?

The head is moving but nothing is happening

Check and see if the power has fallen back to one. It is a safety thing that can be annoying but not as annoying as another fire

Only one of the steps was set to 1. I moved it to full. The GoGM printed but did not cut. More photos to support. Waiting is so hard!