Using a jig and still missing the mark terribly!

Hey guys. I’m finishing some race medals with engraving on the backs of each. Last year this was a disaster but this year I was prepared with the ability to create and use a jig! Yet … I get one perfect set and the next is off by nearly and inch each time.
WHY?!!

The coordinates are set and clear. It’s a repetitive engrave. The engrave is minimal, no cutting involved.
I blow out the assist fan(s) and wipe the lenses between EACH SET OF THREE.
I put so much time into each medal. Each represents at least a half hour of work and I’ve lost 9 to this process today.
I’d sure appreciate any enlightenment that anyone can offer. 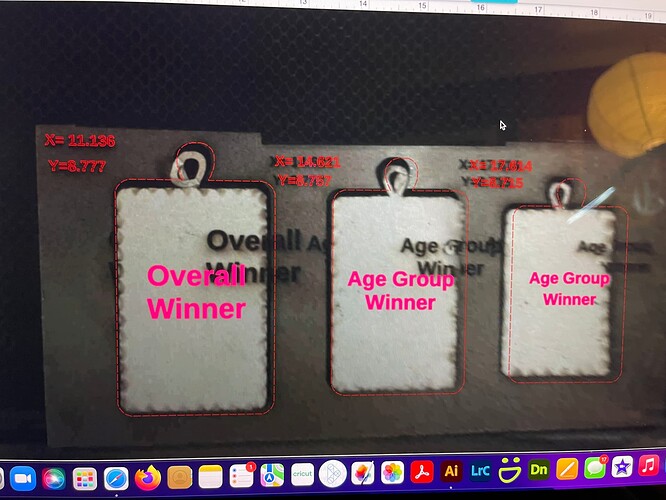 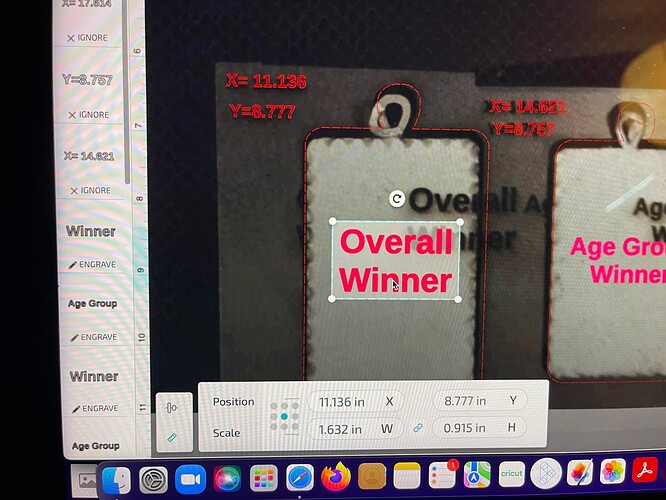 I engrave both sides frequently, and even if it looks off I usually don’t move it unless I think the material has moved, and then it is still not as good.

Thank you for responding. I didn’t move the jig at all and only replaced the material. I have the jig placed flush against the right and bottom sides of the tray and haven’t moved it (and omg certainly not an inch even if it’s been nudged a hair!)
I didn’t refocus because I’d understood that I wasn’t supposed to while using the jjg. I double checked the coordinates before hitting print. The material thickness is represented in the material selection. If I didn’t move anything, what could’ve gone wrong?

The only reason it will go off by an inch under ordinary circumstances it if you move the head (or it hits something). When it starts up it fixes where the head is by sitting under the camera. If the head gets moved it will be off by that much.

Okay help me understand what you mean by the head moving. Because I take the head off and clean the fan and lenses between prints, and place it back to the far back left of the bed. It’s ‘finished’or resting position.
If I’m cleaning between prints, and have the jig in place (not moving it) do I need to turn off the machine and refresh the app to start fresh each time?
And if so - are the coordinates relative?
I expected they were consistent no matter the starting point of the head.

do I need to turn off the machine and refresh the app to start fresh each time?

The only way It has any idea where the head is, is by keeping track from setup. If you have moved the head while the machine is turned on it will not know where the head is. Such over cleaning is not a good thing as you can do as much damage as good. If the fan has issues, you can see the smoke not rushing to the front. If there is crud on the window of the head or its opposite under the left side you can usually see it, most buildup starts there. If you are starting to get little flames and it does not cut all the way through then all the lenses, mirror, and those two windows and lid camera all need to be checked.

Always make sure the machine is off before doing anything with the gantry or head.

Absolutely looks to me like the printhead was moved while the machine was turned on.

You know, I think that might’ve been the case.
I didn’t realize that would throw everything off.
I’d have preferred to learn this lesson without losing so many pieces, but I’m grateful to have learned nonetheless.
Thank you all for your support!

Because I take the head off and clean the fan and lenses between prints, and place it back to the far back left of the bed. It’s ‘finished’or resting position.

You shouldn’t. You should only clean the optics and fan when the machine’s operation has degraded. The fan isn’t that big a deal. But the lenses are coated. You degrade that coating a little bit every time you wipe the lens down. You can “wear out” the coating with too much cleaning.