Vector Cut Files from Photoshop: etch AND cut without illustrator

Illustrator is powerful. If you are using the Adobe suite, you would do well to learn how to use Illustrator to work with vectors. But going from your comfort zone in Photoshop into Illustrator can be daunting.

Good news: For certain simple shapes, you don’t have to.

In the case of making a simple cutline around an image, you can create Shapes (rectangle, circle, polygon, line, custom; shortcut key for the currently selected shape tool is “u”), and those can be exported as SVG. This tutorial assumes a single-layer image like a photograph or a multi-layer design that has already been flattened.

That’s all there is to it.*

*At least the first time. When I went back over the steps while writing this tutorial, I ran into an issue where Photoshop got hung up on the export dialog. I tried several different operations unsuccessfully before closing photoshop and re-opening it, which seemed to solve the issue. So there’s that too.

I’m not sure if its a kitty.
That’s why there’s a question mark after the meow.

Ooookay! (Maybe a touch too much rum in the Eggnog there.)

Maybe a touch too much rum in the Eggnog

who me? Nah. I don’t drink alcohol.

Unless it’s in beer.

Alternatively, you can open your PSD file in Illustrator and save the whole thing as an SVG with embedded images.

Well sure. And if folks have illustrator, I would highly encourage them to use it for making the vector paths to begin with. For those who only have access to a stand-alone version of photoshop, or are for whatever reason unable/unwilling/overwhelmed/afraid of illustrator, this method avoids it altogether!
Honestly, I don’t have any good things to say about Photoshop’s vector tools, other than “they exist, and can be used”.

I try to avoid them as well. I’ve used them to create nice tight selection paths sometimes, but man…could they make it any harder? (Guess they really want to sell Illustrator for that kind of thing.)

I think really the thing is that most Photoshop users are extremely used to brushes, rather than things like the pen tool - even though PS has the pen tool.

If you can spend time learning how to use the pen tool, that’s half the battle to illustrating. The rest of it, laser wise, is understanding that vectors stack, unlike a raster that when in its final format, is WYSIWIG.

Very helpful! I might try out the process just for grins, even though I also prefer Illustrator.

And yeah, your kitty gives me the heebie jeebies.

Maybe a touch too much rum in the Eggnog

who me? Nah. I don’t drink alcohol.

Unless it’s in beer.

Or out of a bottle. But that’s it.

Uhhhm, missed where Photoshop comes into this… apart from not using Photoshop but Illustrator? The screen shots you shared aren’t Photoshop–but maybe i haven’t had enough rum in my eggnog yet!

The screenshots are from Photoshop CC2019 on a Mac.

Ahhh, that’s very different from versions I have had on my PC, then. More rum!

I have my Interface set to the medium-dark color theme. 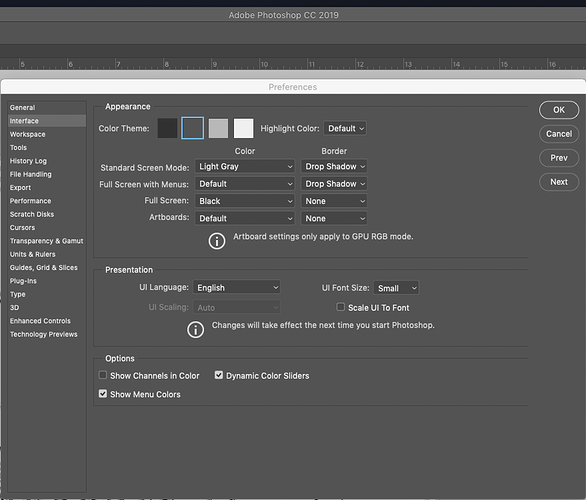