Started talking about this a while ago on the GUG facebook group.
I want to FILL the dragon + fire, leave the rest blank, then do another where the previously blank space is filled, and the dragon + fire = not.

I put this down for a week, picked it up again yesterday, and CANNOT figure it out. Any guidance will be helpful. FYI, I’m a PC… and using Inkscape.

I’m not an Inkscape user, but I basically subtracted the front stuff from the black circle to get the one on the right.

On the left I just put a stroke on the circle. and left everything else filled.

the main issue is that the dragon body and outer wing shapes are not closed.
Look at the difference when seen in outline mode: 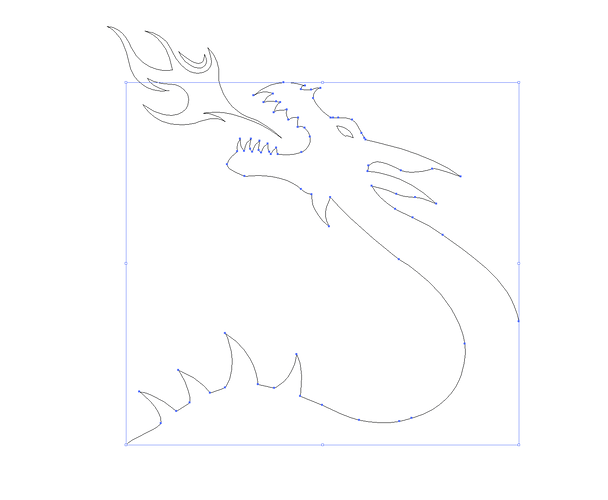 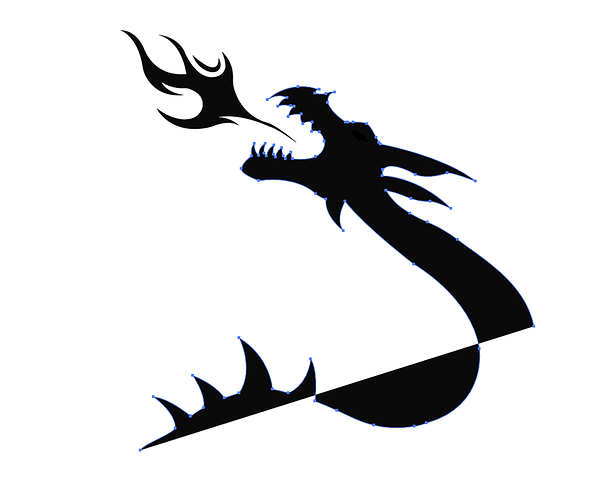 If I’m right, you are looking for something like this: 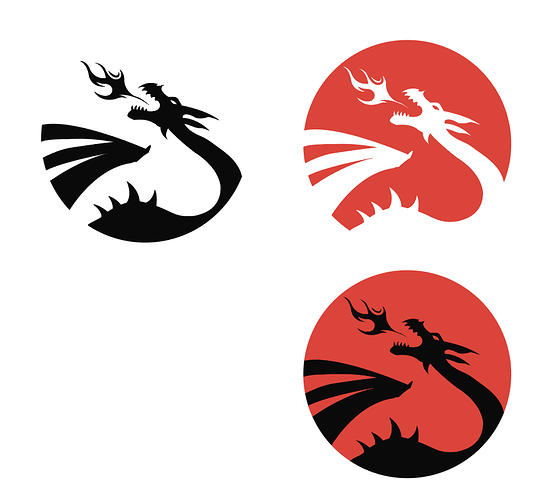 Ah, @jbv, you are the quicker draw.

Also not sure about that circle up top left, but that’s three on top of each other each with a different stroke color.

I left them all as separate objects that you can do booleans for the correct engrave.

I wasn’t sure about the three layered circles up top either, so I erased them. Essentially, boolean operations don’t work on unclosed paths, so I closed the paths, stretched them out past the circle object for that perfect curved edge, and then went ahead with the booleans. and just a pinch of cleanup.
here’s the svg I ended up with:

Yes. HOW. I took the dragon from another image, modified it to my liking, added fire, and then merged it with the circle (combine paths). So, ??

The three stacked circles - I use them as targeting objects, so they’re in my default file…

I’m guessing the (combine paths) step caused this, by trying to combine unclosed paths. I’ll try and relate what I did, but I’m working in AI, so someone may have to translate the tools/procedures.
First I changed the object to have a stroke and no fill. From there I could see that it had to be a group or a compound path. (it was both) 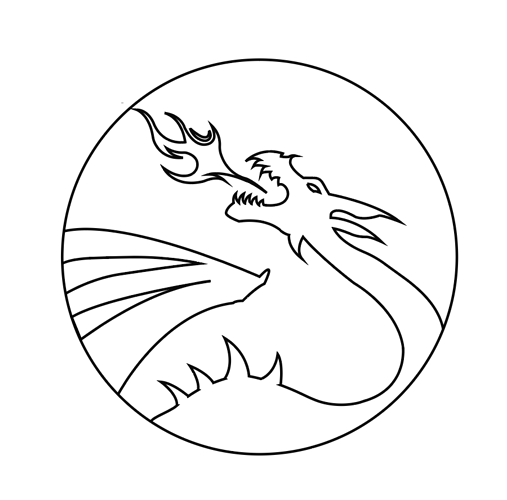 I released the compound path, and ungrouped everything. Hiding the circle let me see the problem areas. 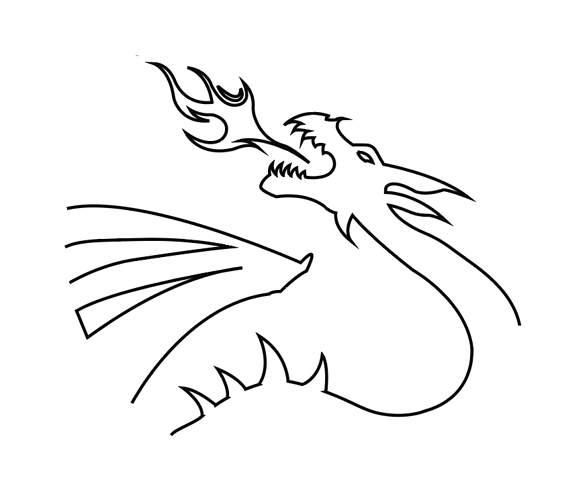 Using the pen tool, I clicked on one open endpoint (to continue the line), made a few more points well outside of the circle for trimming later, and finally clicked onto the other open endpoint, closing the shape. I did this for each of the three open shapes. 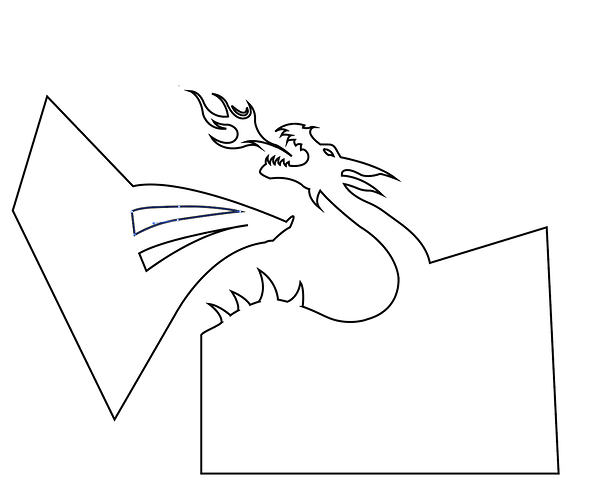 I turned the circle layer back on, and made a duplicate (copy, paste in place), then turned off the duplicate to use later. I also extended the inner wing details a little so that they were outside of the circle, and deleted what looked like a stray mark NW of the flame. 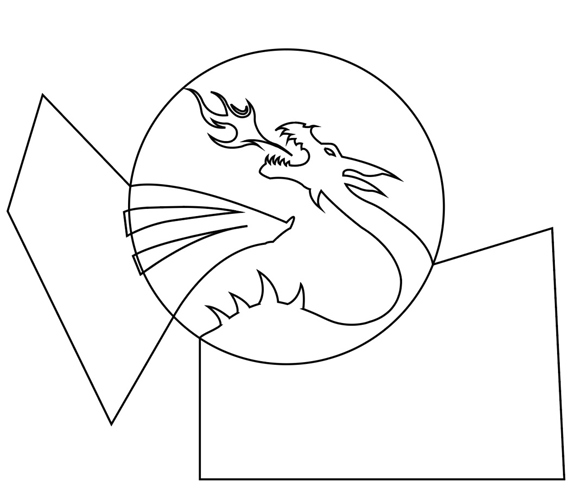 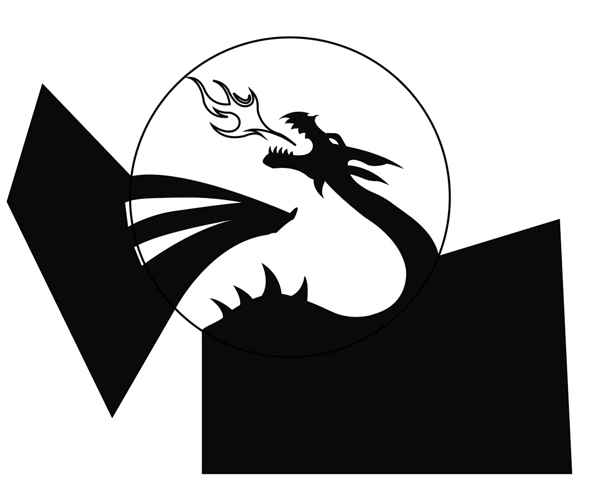 I also changed the flame to a fill/no stroke, and then made each of those elements red, for visibility. 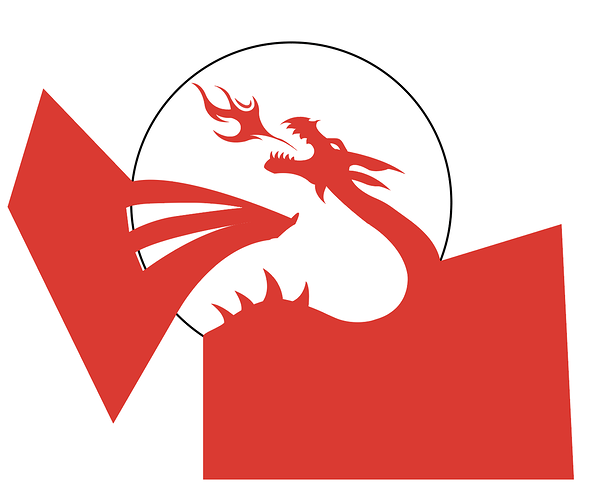 Then I selected all of that and did a “divide” operation. This let me get rid of the excess bits of the shape that were crossing over the circle. (it also gave me a couple of empty filled areas, which I identified and erased from my layers window) 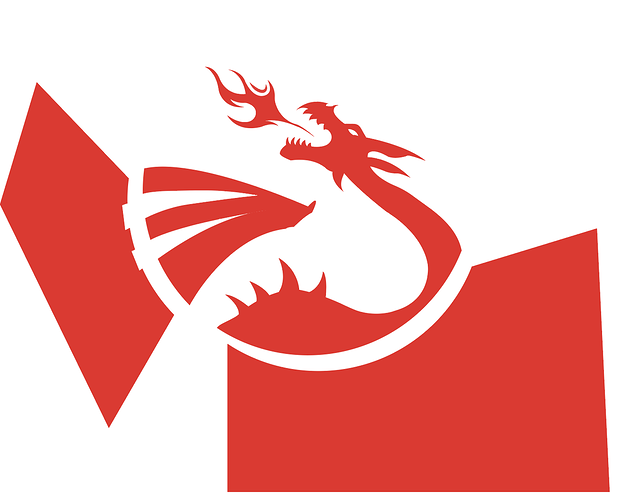 Then I turned on the duplicate circle layer that I had made before, and changed it to be a fill with no stroke. 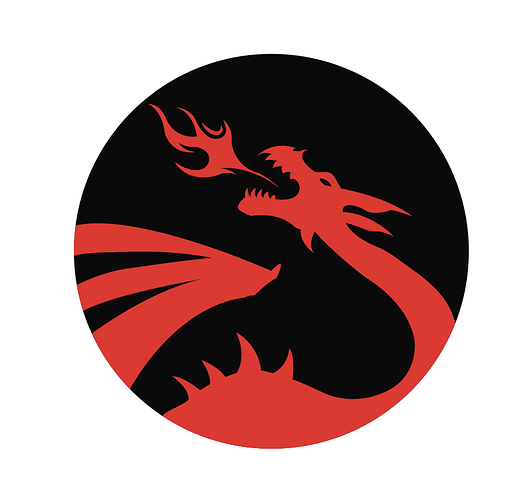 From there I was able to do a “Trim” command (boolean operation) to give me the two final elements.
If I was going to cut it out as well, I would have made two duplicate circles in the beginning, and used the remaining one as a cut line.

Thanks for the lesson!

I was just about say the same thing. So I will: “@jbv thanks for the lesson.”

And so I learned a few new things today. I missed a few steps there when I did it myself, so a self created problem. Bookmarking this post for the next time I need to combine something more complex than a circle and a square!
Thanks @jbv

That is GREAT. I will try and keep this technique in mind

For inkscape it’s a very similar process to what @jvb suggested for AI.

You can adjust fills and paths to get what you want now.

Thanks!
I was able to follow that - and recreate what @jvb did! And now I know more about inkscape than ever. the “exclusion” step i missed… was looking for that - just overlooked it I guess - but you called it out and it worked perfectly.

Do you have to combine path before you can exclude?
So I tried to draw a path, fill it, take text, do object to path, lay the text into the filled path and EXCLUDE but nothing happened?

Ungroup your now path-ed text, and you’ll see it’s a series of path objects, one for each letter. Combine those first, and do your boolean worst.

And that’s the rub, right? Object to path on text makes a group, anyway. So even booleans that will work with lots of paths (union, I’m looking at you) will fail if you don’t ungroup them first.

Aaaand… Z-order can matter a great deal too. Keep that in mind, a lot of time when you are saying “do a boolean operation between this and that path”, [like “exclude this path from that path”] the “this” and “that” are defined by which is on top, aka Z-order.