I will be performing as part of a Pirate Crew, Scales and Crosstones, for the next three weekends and would love to meet up with any Glowfolk who happen to come out. Come out and ask for Captain Mulligan, I’d gladly take some time to chat and get to know some of you.

Please post pics, for those of us too far away.
Have a good event(s)

That would require driving across Ohio shudder. I’ve already done way too much of that.

Here are some photos of the group from previous years. We’ve done this festival for 7 years now. (I’m the guy in the Red Doublet and Guitar) 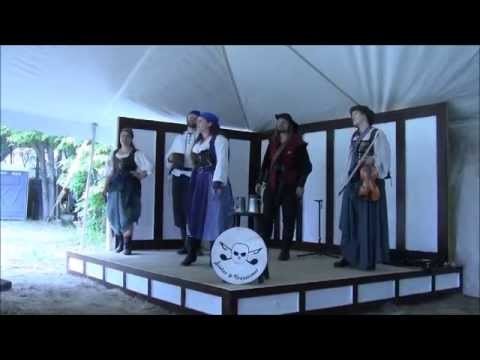 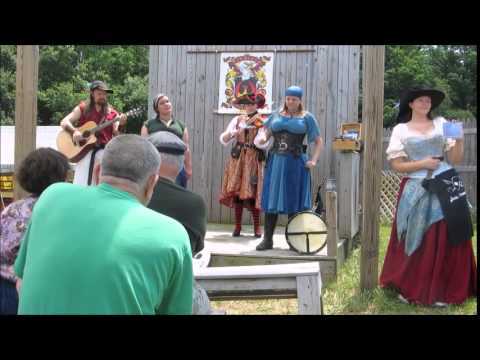 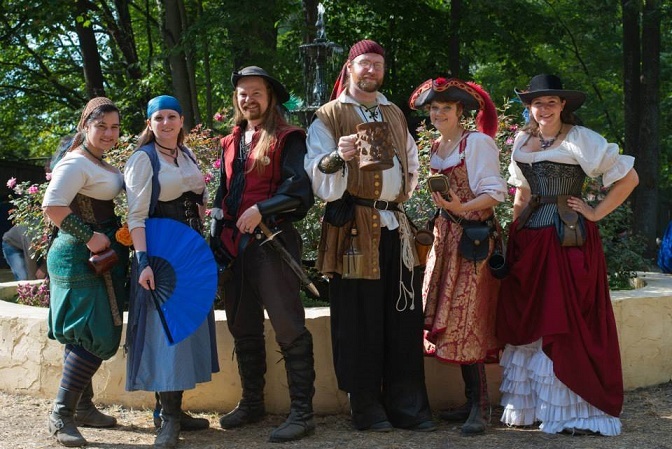 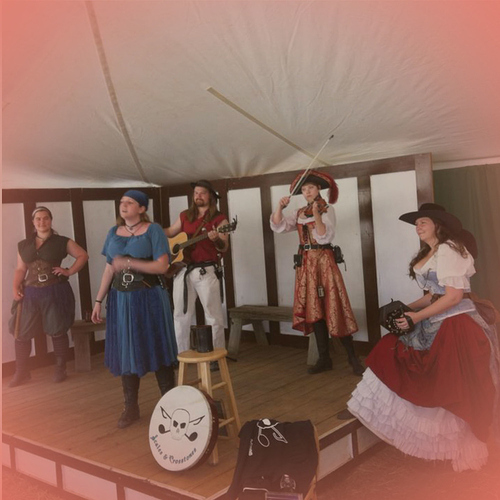 Looks like a really fun group! I love the outfits.

wow, looks like fun. Have you seen the Key and Peele “Pirate Chanty” ? (it is rather “adult”, so you may want to watch it when the kiddos aren’t around) https://www.youtube.com/watch?v=MwUUDypEDNQ

We’ve considered learning this one, but we would have to do it quite differently since we only have two guys in our group (that and some of the language would probably be a stretch for the PG-13 stages).

There should maybe be a separate “Fantasy Fest”, or a “Medieval Fest”, 'cause I sometimes want to tell people “Cooool costume…but dressing up as Gandolf is not really in keeping with The Renaissance theme…”

So, there’s an interest in re-enactment in USA ?
That’s good. Some of my best customers in UK were re-enactors !

I’ve only heard the term re-enactment in context with Civil War re-enactments. But there are Renaissance festivals spread across the land and dressing up in costume for visitors is encouraged. There are other groups that dress in costume for more fantasy themed events.

Mmm … Fantasy Fans.
I’ll have to think about it

There are also the SCA (Society for Creative Anachronism) events/groups. People pretending to be stuck in the middle ages or vikings or ancient Greece, etc. They go around and re-enact the Battle of Hastings and such. @johnbrooker may find himself at home with one or more of them

I will tell my daughter about it…shes in Maryland. She does Ren Faires

My best ren faire story was a few years ago I was headed to King Richard’s Faire here in Carver MA with the family, and we were about 3 minutes away when I came upon a Bike vs. Car (actually the bike hit the car) with the cyclist down. So I stopped and got out my crash kit, put a cervical collar and started splinting and bandaging his injuries. The cops show up and tell me to leave, and I try to explain that in fact I can’t as I have now started care, and anything less than a paramedic would be considered abandonment. The cop won’t believe I’m a doctor, even with showing him my state medical license. I kept trying to convince him I don’t normally see patients in full musketeer regalia; you’d think cops who work a few miles from the very large KRF fairgrounds would know…

Anyway made the local papers, as “doc dressed as d’Artagnan treats patient”

Yes, that might well describe me for the last 33 years

That is when you go to a Convention (Awesome Con, Dragon Con, Comic Con,…) Costs a bit more to get in, but you can dress as any Fantasy Character you want.

In all honesty, I’ve seen Storm Troopers in Kilts at the Renaissance Festival. You can probably easily get away with dressing up as Gandalf and just tell people who ask that you are a wizard (which you are). Main thing is to just enjoy yourself!

OH! If she does happen to go in the next three weekends, PLEASE have her come and say hi. I’ll know it’s her if she says something like “The Laser Lady says hi”.

I didn’t know if SCA was still a thing (I had friends in college into it, but that was a while ago) or if it had evolved into a larger set of festivals, fairs, conventions and meet ups.