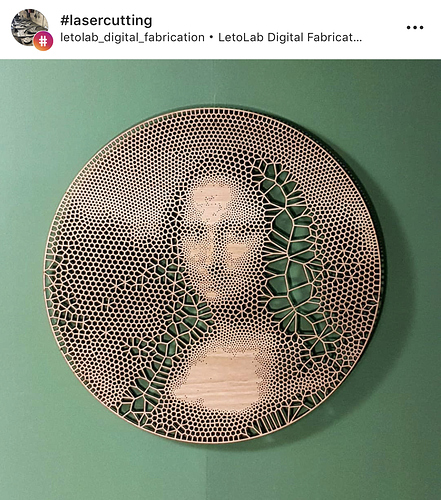 You can do similar-ish stuff with Inkscape’s clone functions. I wonder if the vornoi extension was used to make this?

Ooooh. Imagine inverting the image first and then using it as a lamp shade. Too cool.

What an amazing piece!

I love it! I poke around with the Inkscape filters but don’t really know what I’m doing. This 8nspires me to be more adventurous!!