Yes, yes… I know and understand. It’s a jpg. But it’s a jpg made up of straight lines. Why is it so wavy?! 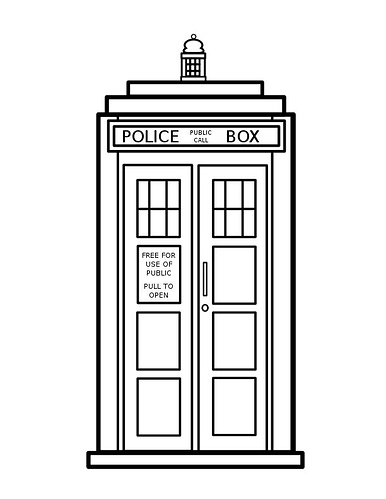 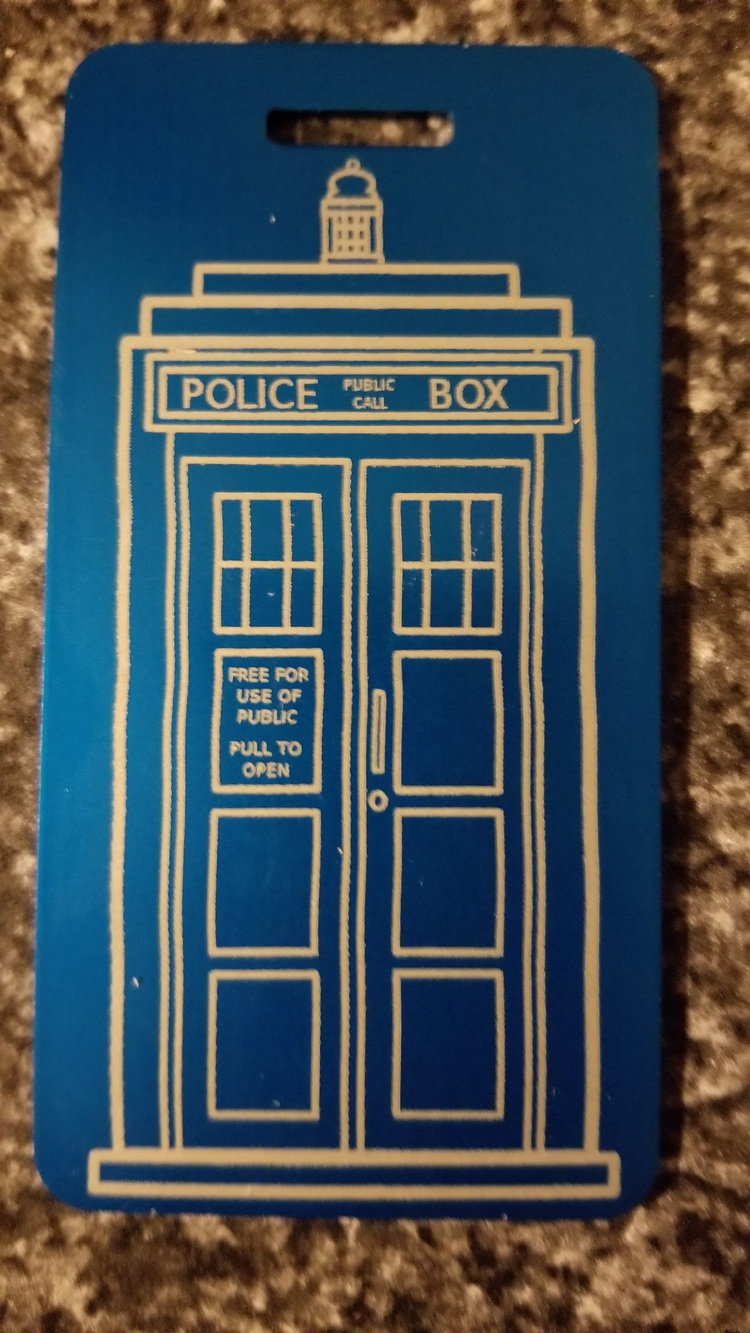 Have you tried engraving it on a different material? Just curious if it’s the image or the material that’s causing the issue.

Have you tried engraving it on a different material?

I haven’t. But that’s a decent enough test, huh. BRB… 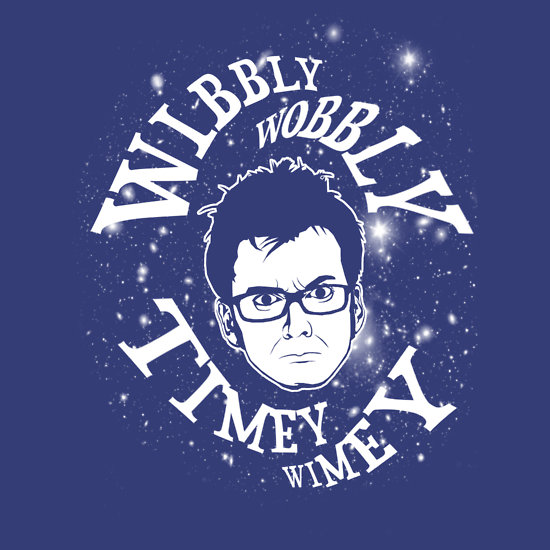 That looks like it is worth a support email.

Is the tag lightweight enough that it might have been vibrated by the air assist? (Did you stick it down? I frequently have to with small items. Double sided tape.) 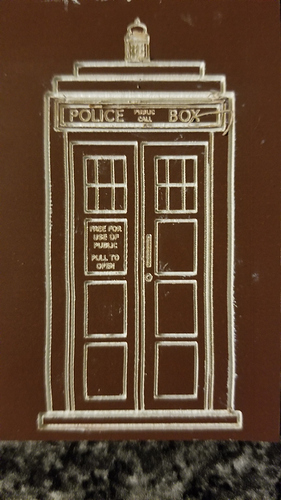 Now… I guess I need to create a series of vector lines and see what happens. But the family says I need to find the off switch now. So it’ll have to wait until tomorrow.

Huh. I actually tried engraving that on leather (I had it already loaded and was too lazy to get something else) and the lines seemed straight. I’ll try it on some scrap wood.

Somehow both likely and improbable at the same time.

That looks like it is worth a support email.

Mmmmmm… I dunno. Think I should? I’m not quite there yet. Done.

Is the tag lightweight enough that it might have been vibrated by the air assist? (Did you stick it down? I frequently have to with small items. Double sided tape.)

If at first you succeed, try try again.

Well, I’ve had a little scotch, so maybe my wobble is synchronized with its wobble. I’ll drink a bit more to increase my wobblage factor.

I like the neodymium magnets. They keep paper down for stencils. 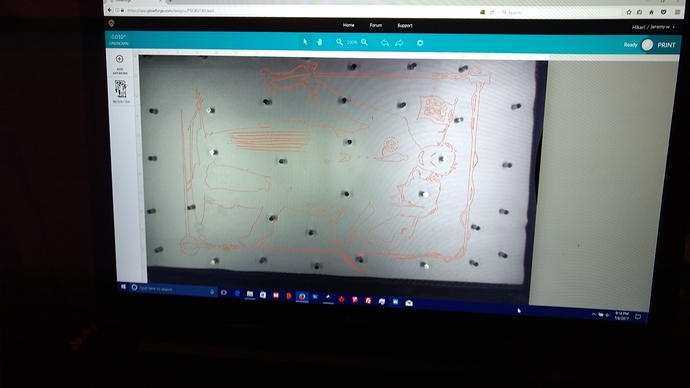 Definitely some wavy lines, but I see them on the interior lines, not the outside lines. Sorry for the poor quality of the photo. I made the engraving pretty small and took the photo with my phone. 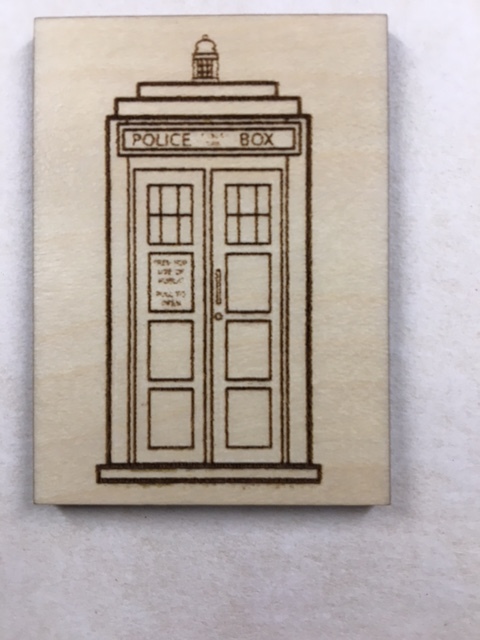 A higher resolution file might give better results - or if you convert it to vector before trying to engrave it, that would be the most ideal situation.

(I’d do it but I’m dealing with an amber button and its results on another machine won’t help Tom diagnose his issue.)

I do agree that I’d turn it into a vector first, but it should work on the GF like hand drawings do.

convert it to vector before trying to engrave it

I almost did, but I saw how straight everything was sand decided I didn’t need to.

I think when posting something like this it’s important to at least lay out your process. Found a low-res source image and then… did you process it in any way? Was it uploaded as artwork? Was it printed and then traced by the GF bed? What were your engrave settings?

The first thought that popped in my head was, “is image rotation working?”(because I really don’t remember if it was enabled or not

) It just has that “feel” of an image that’s been rotated and subsequent artifacts. Prolly not the case though. The waves seem to be pretty consistent across the material in the sections where it occurs also.

at least lay out your process

Ummmm… I think you’ll want to re-read the OP. The ACTUAL image is there AND all settings.