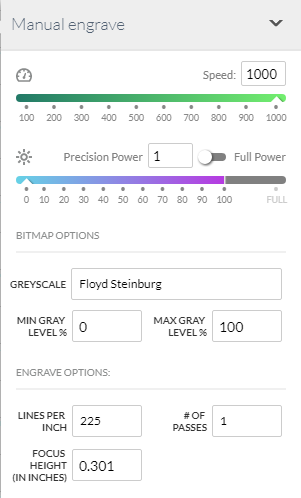 Oh, man! LOVE to have such fine control. But is 1000 the same as 335 was?! I was just about to engrave something but now I don’t know what settings to use!

Can we get a George Takei emoji?

I needed this! I was so confused with power yesterday…

Well you’re going to be totally confused now. All the settings you have been collecting are out the window. Guess I’ve got to figure out some conversion.

OK. The company did it for us. There is a spreadsheet conversion in the “Latest Improvements” page. https://glowforge.com/latest-improvements

I haven’t the foggiest idea idea who Floyd Steinburg might be. But Robert Floyd and Louis Steinberg (with an “e”) were the creators of the well-known Floyd-Steinberg image dithering algorithm.

Perhaps someone on @staff should fix the typo in the GFUI.

This is so cool!
Here are a set of gradient images I was using to test countersinks.
Mapping greyscale to power or switching dithering modes allows a bunch of interesting effects. 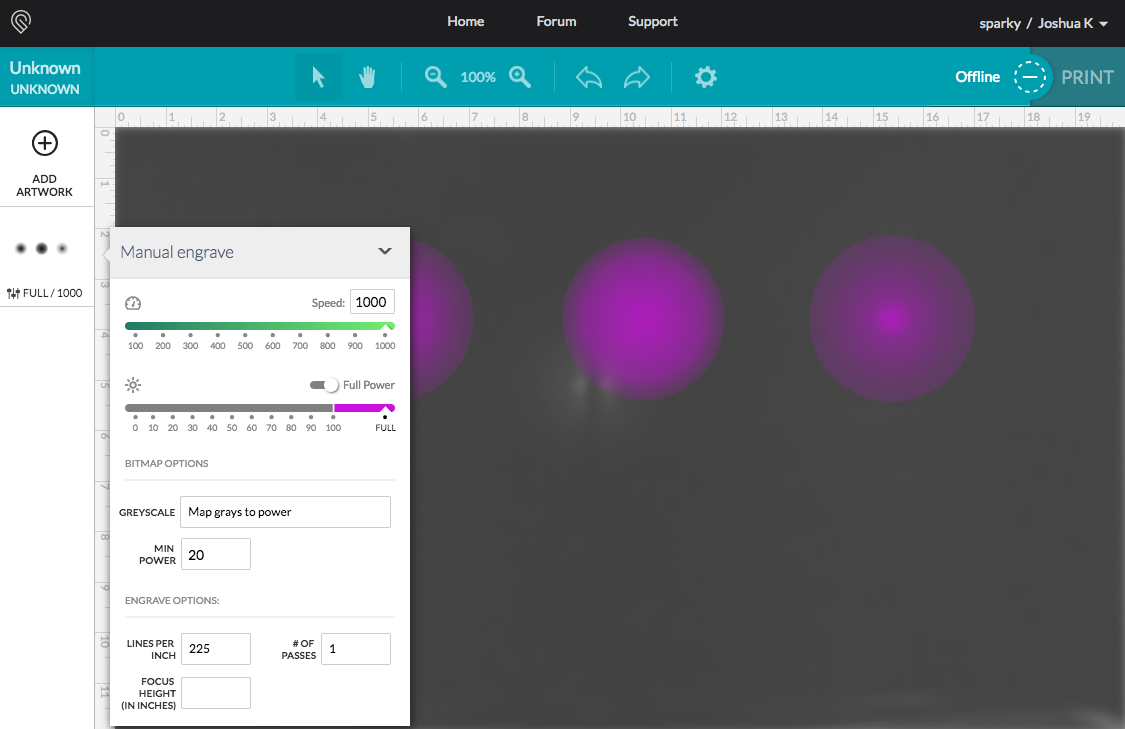 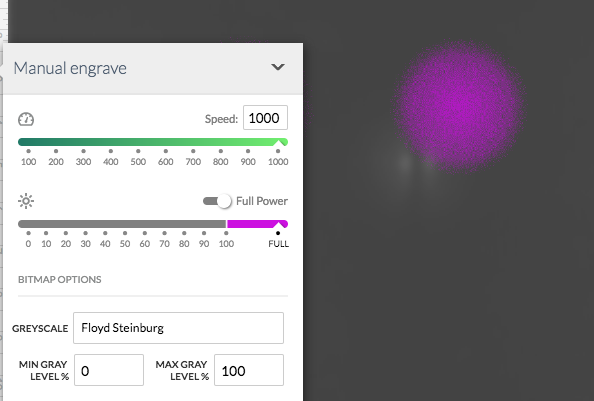 Oh man, this is cool! I’ll have to run my gradient dog image that I did the first day I got the glowforge and see if there’s a difference and how it processes and cuts.

Speed is no longer actual speed, so if you want to say do two passes at twice the speed you now have to use a spread sheet.

Why so negative, Palmer? I doubt anyone’s trying to make your life miserable. They’re trying to make a UI that works for their base, which I would imagine are mostly hobbyists. Eventually the power users will figure it all out. To expect them to have it geared towards the power users initially is unrealistic, I think.

So now we have both speed and power in arbitrary units that cannot be reasoned about. I.e. you can’t double or halve them in you head. Why does that make it easier for anybody?

What does that speed mean, aside from the literal? If I don’t have any understanding about what speed and power settings to use, then half of gibberish is still gibberish.

We also don’t know why they chose to go this route. There may be good reasons. I would love to read them laid out for us, but if they choose not to type them up, I’m not going to immediately jump to dishonesty or some conspiracy as the reason.

I sympathize with your frustrations. I have my own. But based on the projects I’ve seen and the testimonials I’ve read, I’m reserving judgement. It’s a product under development, there are bound to be trials.

This presumes that the effect of speed changes is linear, it may not be.
What if they did a lot of testing and determined that the effect of decreasing the speed varied according to some specific function, and then introduced the new scale to provide that function to us in an easy to use fashion?

I haven’t gotten in to play with it yet, but my initial reaction is just what you said. I’ll see later this evening if it makes sense to me or not.