What does this mean

When I download this file, I get this message:
This design contains a Clip Path. The clip path has been changes to a path.

A clip path can be used to show/hide parts of a design.

Here’s an example of a clipped piece of a star: 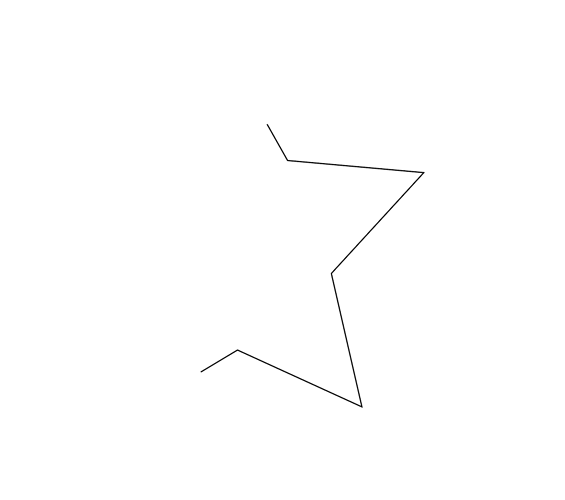 My clipping path is a circle: 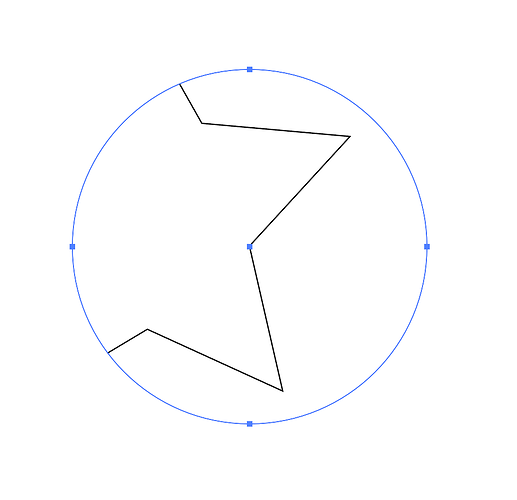 But the original star is still present in the image: 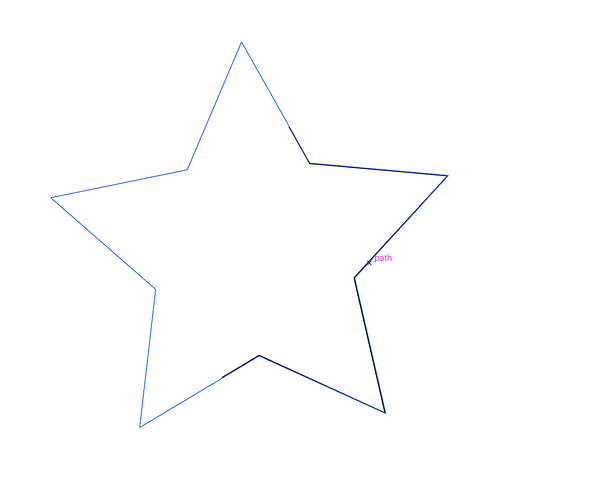 If you’re not doing this on purpose, and it doesn’t seem to be affecting your design, then it’s probably just some leftover artifact of however your artwork was made, and you can probably ignore it.

However, it is a warning that there might be some weird bits in your image.

Here’s the SVG of the example I showed:

If I upload this to GFUI, I get the same warning, and: 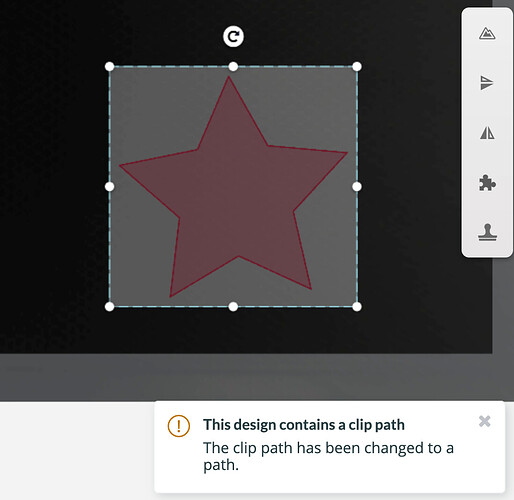 This is because GF doesn’t really support clip paths…

If I were going to engrave this example, I’d probably just rasterize it (i.e., convert to bitmap) before importing into GFUI, or if I wanted to cut this partial star, I’d have to likely get in their and actually snip the edges of the path and get rid of the clipping.

Hope that helps explain it!

I get the same warning

It’s worth noting that the error message doesn’t seem quite correct. It says it converted the clip-path to a path… but from what I can see is it just deleted the clip-path. The remaining path appears in its entirety (i.e., not clipped).

A lot of times PDF document will generate a clipping path around the artboard/document bounds. So it converting it to a path or removing it, or whatever, won’t actually change what you’ve sent over.

noting that the error message doesn’t seem quite correct.

Thanks for the info. As I said, it doesn’t affect my cut in any way, I just have not seen it before. I did download this file to cut and it is not one of my own.

At one time they did actually turn the clipping paths into actual paths. I used to frequently get unwanted rectangles around PDF documents. I guess they changed the behavior at some point but forgot to update the warning.

I wish they’d support clipping paths, though. It would make certain things easier.

I have occasionally left a clip path hidden in a file when I made a bitmap of the clipped path and was using that for the raster to show. If you try to use a raster with a clip path it will print the raster without the clip path.