What is the value of magic fingers?

I have been using fingers as dovetail joints as small as I think I can manage for the wood used ever since I realized how much stronger it was when very tight at least the thickness of the wood. Rounded or plain, laser scorched or clean, I really like it ad feel it makes a better work but it is a lot more work and occasionally does not work at all.

As I am looking about on E-bay and Etsy I see many boxes for pretty close to the price of the wood they are made out of but one thing that they all have in common is either no finger joints or only a couple around outside corners.

So my question is one of others experience when and how does the extra effort of finger joints specifically or extra work generally get valued when there is such an inundation of work that looks decent but selling such that you might buy it just to cut up for the wood?

I have invested heavily into making this work and I think the results of the finished work to be very successful but that is only half the story. Getting out to the art shows etc is very difficult from a power chair and Etsy has been very disappointing as indeed many folk point out the abundance of work at the cost of materials and while it is not like the past that the artists work put an added value for folk I was rather hoping that the opposite was no longer true.

Got examples? One with magic fingers, and one without?

You shouldn’t worry about the people that don’t. They aren’t your target market.

You need to find your target market, identify what they are willing to pay, and see if it makes sense for you to do the work.

Maybe your prices (I have no idea what you’re asking $) are actually too low for your target market. 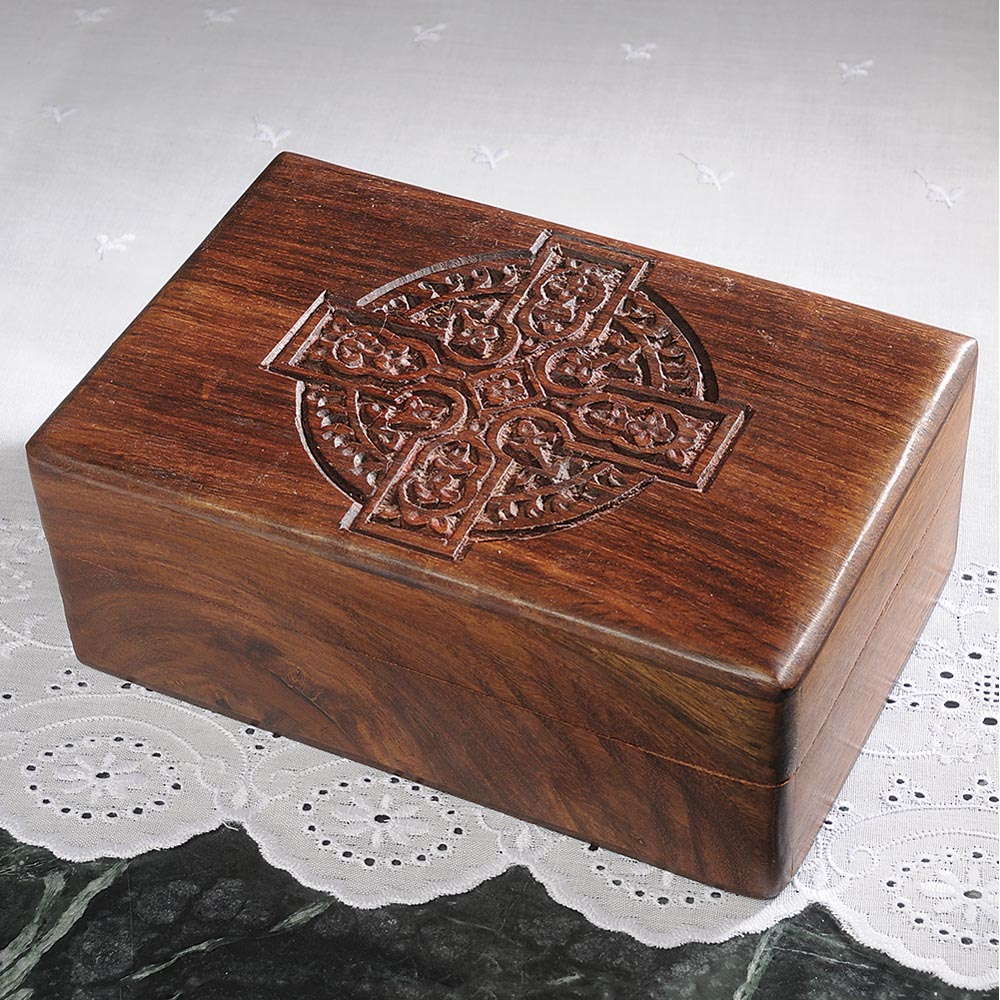 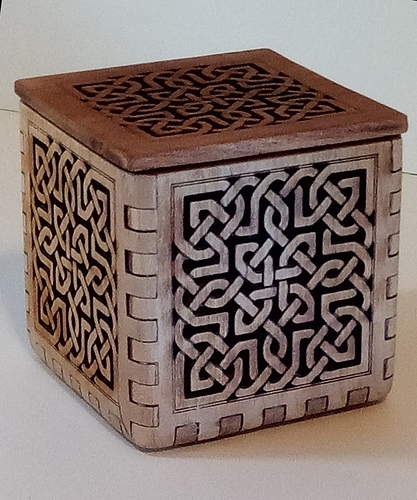 Sometime back I had a girlfriend that was a born again pagan that swore that the soul and life of the craftsman were metaphysically imbedded into the work and when I put out a pile of cut turquoise she correctly found the two otherwise unrelated pieces that were cut and polished by hand on sandpaper by a woman riding with her truck driving boyfriend. In picking the two out she said that the woman was doing a lot of LSD but while totally unverifiable would not be surprising nearly as much as finding those two pieces in the pile.

One thing that is not metaphysical is to look at those two pieces and see more soul in the second even as the first is more exotic wood and fewer issues.

One thing I would suggest is getting the very best images possible of the product. I’d suggest isolated and also staged. Isolated is great, but I think a lot of people lack the vision to see how something would look in everyday use. This is why staged houses work. This is why retailers pay so much attention to their displays (whether home goods or mannequins).

I think a lot of people lack the vision to see how something would look in everyday use.

So now all I need is a house that is nice enough for such staging? I cannot think of anyone with such a house, Not anywhere near here anyway, but I will ask about.

The entire ikea catalog is renderings now. You might be able to find a way to virtually stage it?

Literally every photo is a render, they do no photography of real goods anymore.

You might be able to find a way to virtually stage it?

That would be very interesting. How great it would be to have their set of setups for such renderings as I am sure they would have an awesome set.

I do have a lot of 3D but not good enough to mistake as real if it were not overboard exotic. Working in the Great Canadian Grid by Robert Danforth at Coroflot.com

Magic Fingers – isn’t that what they called those coin operated vibrating beds they used to put in motels?

I think you’re showing your age. I don’t think they’ve actually had them for nearly 50 years

I always heard of them growing up but when I finally started staying in hotels/motels they didn’t have then anymore.

isn’t that what they called

It is like baby monitors, many things with the same name not otherwise related.

Heh – I wasn’t nearly that world wise at not-quite-eight, so I think they must have been around a little more recently than that!

A ton of it is virtually staged.

For wall art, there is a lot of stuff that’s setup with a staged room, and you just insert in the image of the art you’re working with and everything is already masked in the Photoshop template, etc.

Virtual staging is a thing for Realtors.

Adobe is getting into the game with Adobe Dimension (I’ve played around a little bit with their beta program).

You don’t need a ton of room - they aren’t big boxes.

Anyways. I’m just thinking aloud. Online shopping is largely visual. So you’re competing with everyone else visually. People have no attention spans anymore. Browse browse browse until interest is caught, and then you’ll get the view.

And the higher price you’re asking, the better the imagery needs to be. 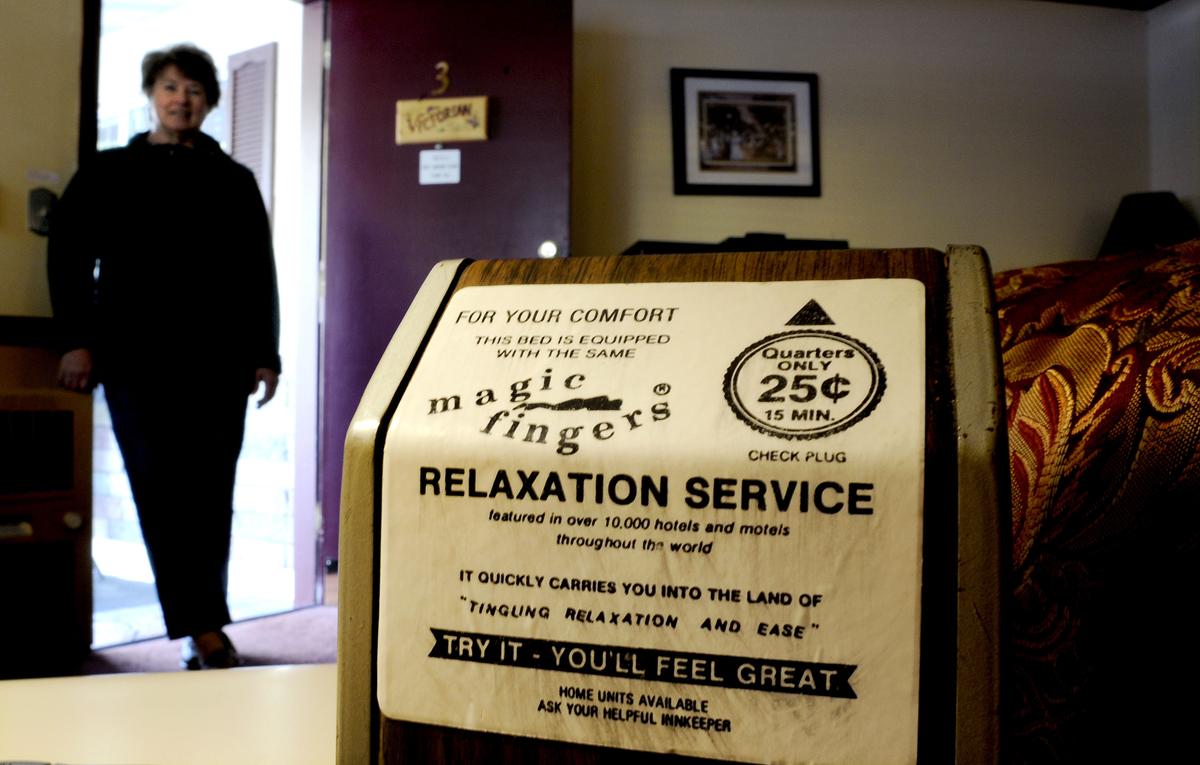 Russ and Rusty Gill were once the region’s Magic Fingers kingpins. In the late 1980s the father-son team from Spokane ran an 80-motel network with 2,000 of the machines, which vibrated a mattress for 15 minutes when a motel guest stuck a quarter...

They were a joke on nearly every 60s and 70s TV comedy as I recall. I think there was even a Mayberyy/Andy Griffith episode with Don Knotts getting trapped on a vibrating bed

Dang…hate to admit this, but my bed frame has that feature now.

Every once in a while it kicks off for no reason and vibrates the walls right over the office…I always think a plane is about to land on the house ala Garp.

house that is nice enough for such staging

I tend to just put things on a white backdrop or on the forge, but there is merit to staging an item like it would be used.
As @jbmanning5 mentioned. Not everyone has a good imagination.

Just putting something like a frame or a box on an end table in front of a lamp would be enough to convince someone what it would look like on a living stage.
Even on a kitchen counter next to a rolling pin or spice canisters.

Got the wife nodding her head over here so on track I guess, lol.

Of a fair number of folks I know and myself included you would not find a space like that. It was my intention to have at least such a corner but it has not worked out that way. The best I can manage is the top of the Glowforge as it is next to a window and anything on the lid would fall behind it when the lid opened.

Get (or make) a small photo cube. They are inexpensive. @geek2nurse shared files for one she made.

Alternatively, you can buy a photo backdrop.

In desperation, buy some digital mockups.

You don’t need much more space than a table with a table cloth and maybe something propped behind, like a white canvas.