What would the name of the command(s) be?

Hey Gang, I have a mad lack of sk1lz crashing on my head right now. LOL

my goal is to recreate this design scored on a board that will hold shot glasses. I want to effectively SCORE around each of the colors, so that I can go back and “color” each color with the handy collection of alcohol inks, that are sitting patiently in BEAMER’s cart drawer.

The problem is I have no clue what command to look for. I have photoshop and GIMP at my disposal. So oh grand BIT W1z@rds… what command should I look up how to use? 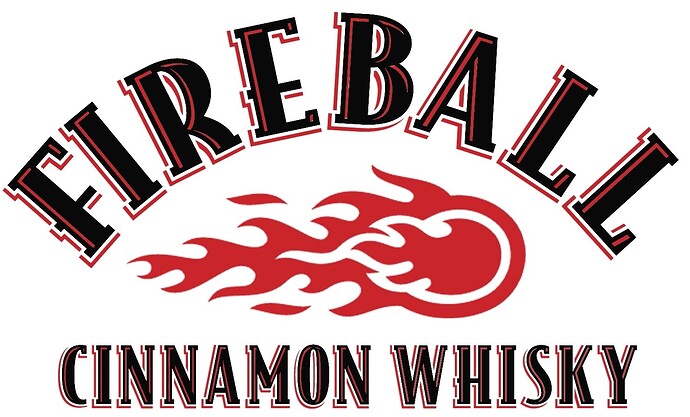 So neither Photoshop nor gimp are really the best for this, you need vectors - that’s Ilustrator, Inkscape, Affinity Designer territory.

That said, you can create some limited janky vectors with either PS or gimp by selecting areas, converting the selections to paths and then exporting those paths but you can’t control any line colors if you wanted to have separate steps and precise sizing gets tricky.

i have those too. i am reasonably familiar with inkscape. since I was starting with a bitmap I figured I’d had to use something that works with bitmaps.

You want the vector artwork, not the bitmap artwork.

In Illustrator or Inkscape, some of the artwork will be “outlines”, like the letters and the fireball thing. They have a fill color bounded by their outlines. When there’s a fill, GFUI defaults to engrave. But you can set them to score or cut in which case, just the outline of the shape will be used. Engrave will laze the filled area, score and cut will laze just the outline.

The red highlights on the lettering may be outlines, in which case the same rules apply. But some of them (the ones that are straight or have a sharp angle) may be vectors not outlines. Vectors can have thicknesses/widths in the editing software, but they’re a single stroke of the laser in the GFUI. So if any of the features are vectors, you’re going to need to create an outline of the vector so you can score or engrave the shape the way you want.

Great! Then trace that artwork in Inkscape and you’ll be good to go.
(Bitmaps do not score)

ya my initial approach was all wrong. I was thinking it had to be a bitmap I only “engraved” the boundaries of the areas. effectively scoring so that when I drop the ink on, it is contained.

This should be fairly easy to do in Inkscape.
Select the bitmap image (already pasted in). And choose “Path > Trace Bitmap” 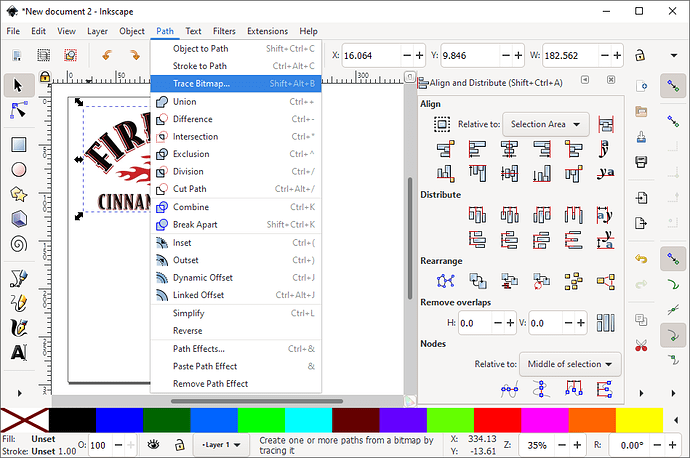 Switch to “Multiple scans” and select “Colors” from the dropdown.
Set “Scans” to 3 (or the number of colors you expect).
Unselect “Smooth” and “Stack”, but select “Remove background”.
I also removed all the options at the bottom. 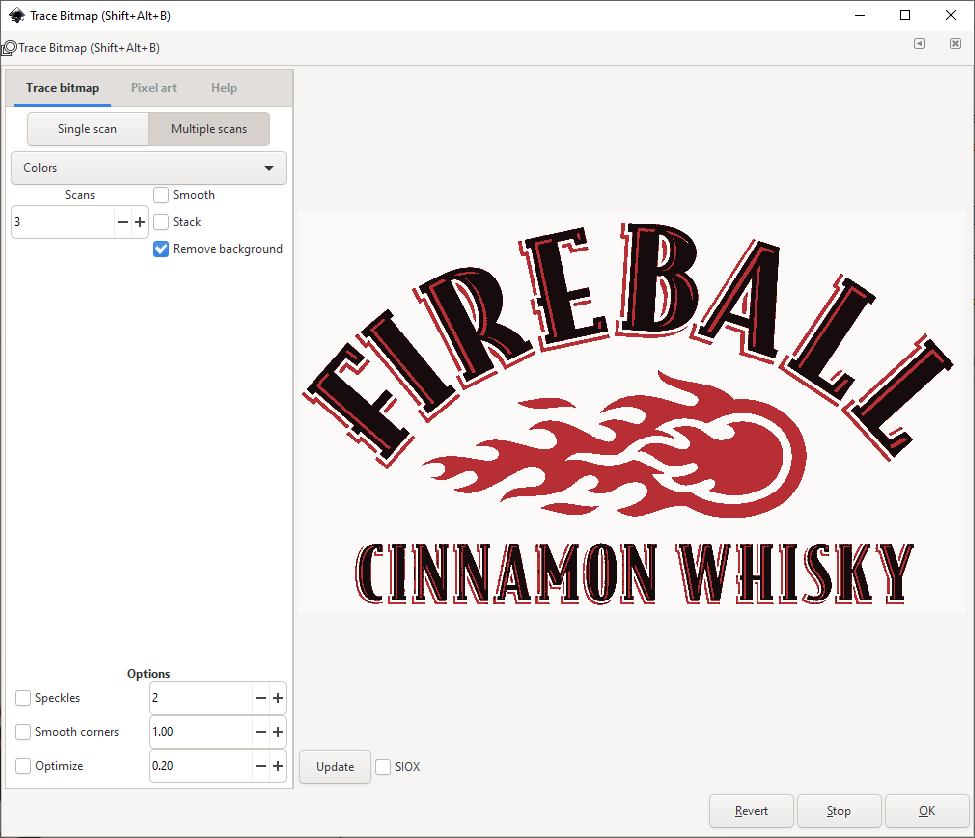 Once you click “OK” the new vector image will be placed on top of the current bitmap. You can move them apart to inspect the new SVG.

This should get you close. The image will probably still require some clean up. Larger images will result in better results.

Very simple to do. In inkscape select and choose path/trace bitmap. Change the settings to brightness threshold .750 and ok. Delete the original and save the new one.
Load into GF and choose engrave. When that’s done don’t open the machine just run it again using score.

Not free, but not too expensive for occasional usage.

I tried to get Illustrator to do something similar and failed

It seems like it should be able to… but I don’t know the secret values for the settings.

Yeah, that did a really nice job with that bitmap.

You should be able to do that with the other tools also, but it would take some time tweaking it to get it just right. Or you could value your time and spend some coins for that site to do it!

Gimp will do a nice job as any mask can be turned into a path. The paths can be edited, and then the paths exported as svgs to Inkscape. Inkscape is very much easier to edit vectors, but Gimp is the most flexible in creating them. I use them each to its strength all the time.

I wrote a detailed description here …

Looking to trace this image in Inkscape there are several colors that could interfere and as it is a JPG even the solid colors are not solid but messed with by the JPG compression, Inkscape trace will try to follow those, but Gimp masking can do a cleaner job. (you will note I am using a dual-screen to keep track of everything, and perhaps it will help justify your getting one too) [Clipboard01] [Clipboard02] So Starting out we take a copy of the original by visible rather than just copy the…