Where are all the 3D Engrave results?

One of the main reasons I got the Glowforge was the promise of detailed ‘CNC’-style, 3D-print rivaling #D engraving.

I understand the complication of creating Depth-Maps, but as an experienced 3D modeler and an owner of a LiDAR iPhone, creating those isn’t a problem. I’m aware there’s the option of ‘Vary Power’ or 3D print settings, but I’ve had pretty poor results whatever material I use and however I tweak my settings, during either generation or at the point of ‘printing.’

Where are all the results?? The community has very few posts on this. Is it just a case that the Glowforge really isn’t practically capable of the promised results?

If anyone has had any regular success without a week of clean-up after, I’d appreciate someone sharing.

(By the way - I have both SLA and FMD 3D printers, so please don’t just tell me to give up and go get those…!)

Thanks in advance all!

Raht chere, as my grandpa used to say.

EDIT to add: “Depth map” is another good search term.

I’ve seen tons of them in the Facebook groups. It’s just kind of a boring “project” (upload file, hit print, here’s the result) so maybe fewer have shared them here on a forum.

Personally, I have found little desire to use that feature. I can’t think of many practical uses for engraving a depth map with a low-power laser. The range of depths you achieve is small and all depths are burned, not carved. It’s no replacement for a CNC router.

I did use the capability to emulate wood grain in cheap MDF, but that was just to play around. 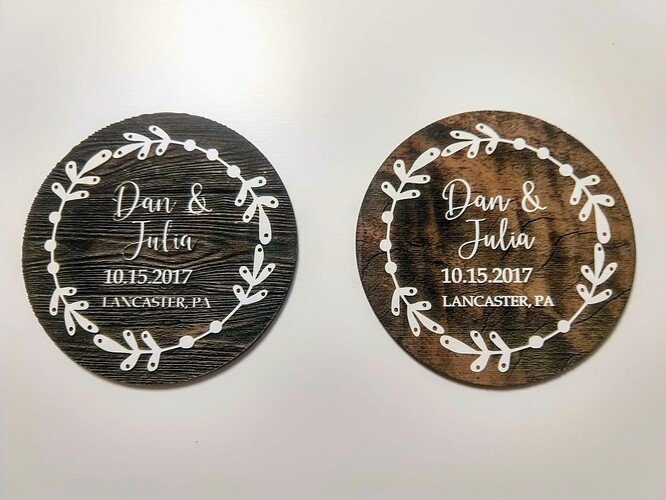 I don’t use failbook or upload many of my projects here, mostly because they are proprietary/company or individual specific.

rbtdanforth does a bunch, many of mine are like his. I do a lot of door name-plates for office folk, in 3d. I generally use Poplar.

This is one I did that I particularly liked:

Deep engrave in acrylic Made on a Glowforge

I just posted some of mine, including a video tutorial on modeling Celtic knots in Nomad Sculpt, making depth maps in Blender and carving them on a Glowforge and a desktop CNC:

3D Modeling and Carving Celtic Knots Made on a Glowforge

I came up with a relatively simple workflow for modeling Celtic knots in 3D with Nomad Sculpt on the iPad and, took it through to doing vary power 3D carving on the Glowforge (as well as carving on a desktop CNC, resin printing and making single image stereograms). This is something I have wanted to be able to do for a long time but, my 3D modeling skills were not up to it and, every approach I had seen seemed like a slog. This probably requires some basic familiarity with Nomad Sculpt and Ble…

I think the Glowforge is as capable of producing 3D engraves as any other 40W laser. It’s just not something that most people do. You really need a combination of the best possible material, the best possible starting image, and well-tuned settings, and even then what you get out is a flat thing with a little bit of depth and maybe some shading. I’d never call it 3D-printer-rivaling. Also I have that thing where certain kinds of patterns gross me out, and unfortunately a lot of 3D engraves I’ve seen, I wish I hadn’t.

Paisley Guitar Made on a Glowforge

This one took me a while to figure out how i wanted to do it, since I couldn’t engrave the whole thing in one piece (it’s larger than the engravable area) and i didn’t want to try to line it up perfectly and either (a) trash the body if i messed it up and (b) waste an hour + engrave if step 2 wasn’t perfect. So I inset from the edges/hardware/pickguard and even though most of it is one large engrave (with a smaller engrave on the return (the part above the neck)), I was able to rotate the guita…

I have had good results with basswood, but it is not a technique that I find myself using much. Part of the reason for that is the final product still looks like wood even when painted, and I am more interested in simulating the look of metal and plastic.

Probably my favorite is this one. No masking, no finishing, and on a scrap of hardwood.
Right out of the laser, and after washing with water and allowing to dry: 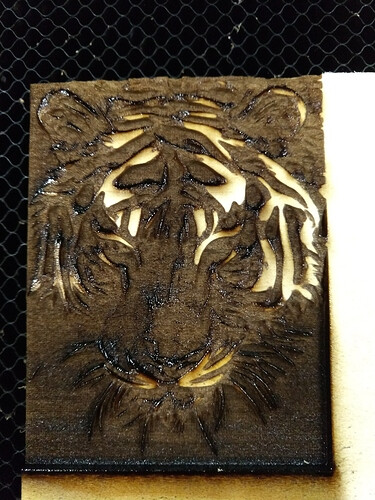 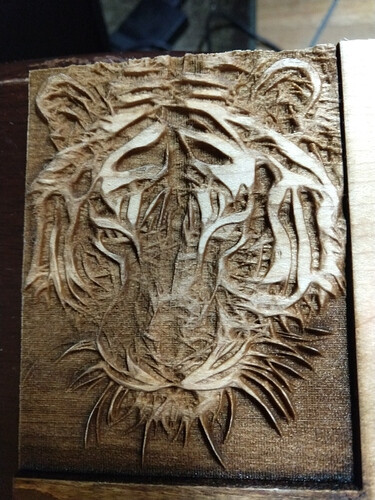 Oh yeah - I don’t think anybody has linked to THE 3D Engrave yet!

I’ve had a lot of fun exploring it. 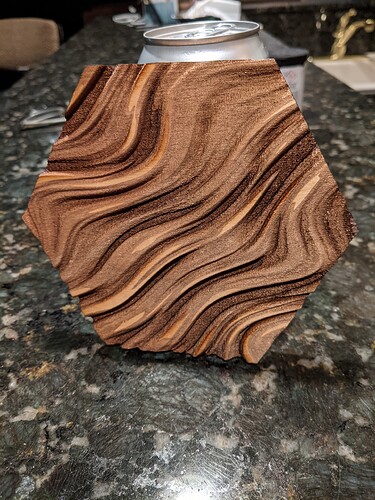 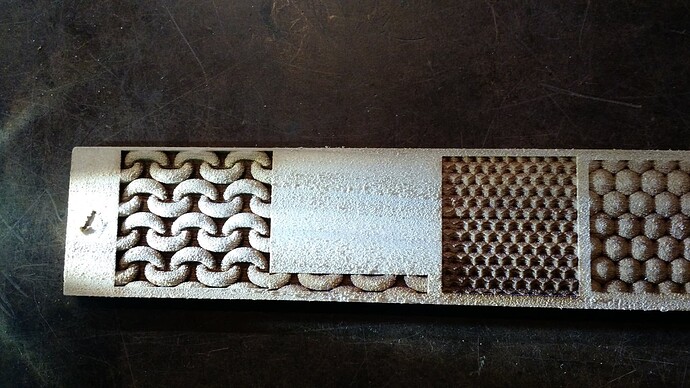 I see you’re from my old stomping grounds! Lived in York for 16 years till 2017 when I moved to Maryland. Went to college on the greenfield exit in Lancaster!

Those are great! I have a bunch of textures like that stack of spheres but have not gotten around to using it yet.

This is a favorite that is pretty deep walnut… 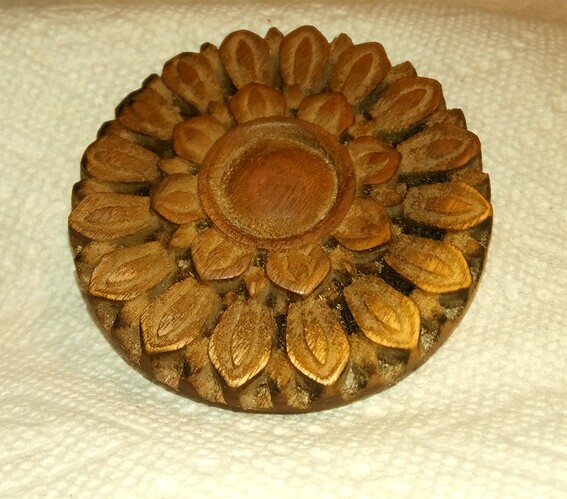 I have both SLA and FMD 3D printers, so please don’t just tell me to give up and go get those

The reason I went with the Glowforge originally was because I would rather have my 3d in walnut while no matter how fancy, standard 3d printer results were still plastic. 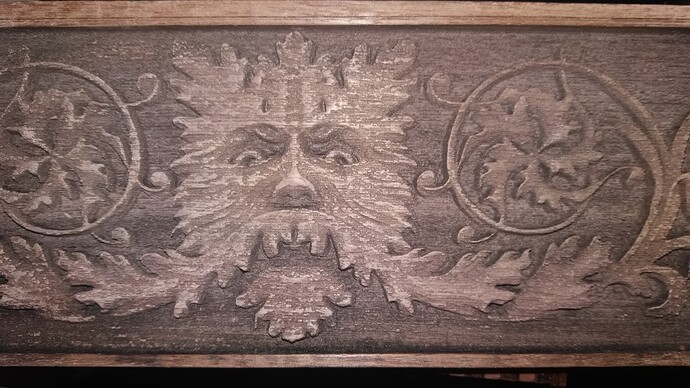