Where did my missing letters go?

So this is the second one I’ve done and all the parameters were the same except this time I’m missing some of my letters…what did they go??
The solution my husband and I came up with was to delete all the letters that did work and run it through again. He checked the focus and made sure everythignwas still aligned. The solve seems to be working though.

Anyone know what happened to skip the letters? 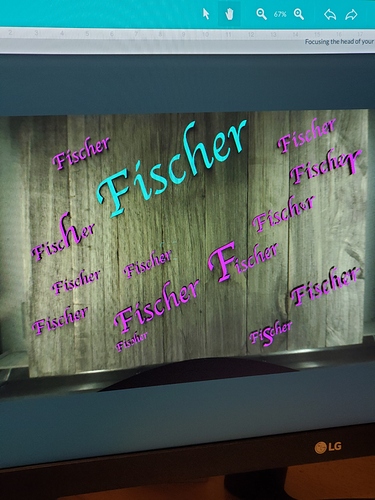 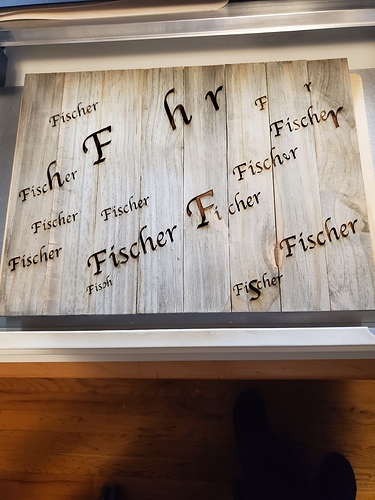 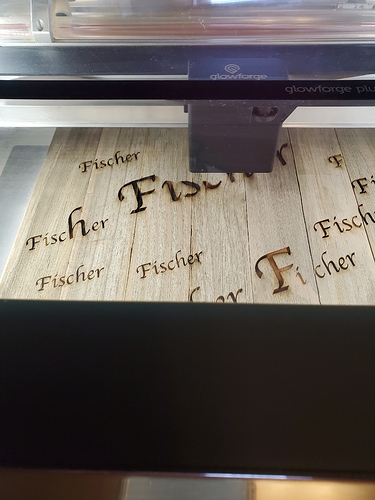 Looks like the cloud processing messed up, especially if the second print with the missing letters worked fine.

That’s a support issue, either email or open a thread in Problems and Support. Include the time of the original print and the source file. If you would rather not share it here, send it in email.

Looks like a winding rule error. There’s a way to fix it in Inkscape but I don’t have it installed right now, so hopefully someone has posted it in the forum before and a search will bring it up!

That has happened on occasion before. One way to guard against it is to make a compound shape for the text. First convert to path then ungroup then path > combine.

The case of the missing "e" Problems and Support

So I gotta say I’m a little mad about this. Designed this job. Everything looks great as far as I’m concerned. An hour into the engrave I see I’m missing an “e” in “freedom.” Instead I’ve got “fre dom.” So I come out to the computer to fix my error and I see this! [image] I didn’t screw up, the GFUI did. In case you can’t tell, the purple is the actual image positioned in the GFUI. The red is the Printing window and it, unfortunately, is showing exactly what’s been engraved. WHERE’D MY…

Can you post that particular SVG here so we can have a look at it?

I agree with@geek2nurse and this looks like a winding rule issue. What program did you design it in? (It seems to happen mostly with Coreldraw, but we’ve seen it in Affinity as well I believe. )

The best way to fix/avoid it is to convert the image to bitmap. We shouldn’t have to do it and it’s a problem on GF’s side that should have been fixed a long time ago, but they probably won’t since it effects a smaller segment of users. (But they really should!) It’s a huge PIA and I spend way (way) too much time trying to work around this shortcoming.

I write the text in word, saved as a PDF, then uploaded it to the GF dashboard. This is the same procedure I have done so many times before.

With this same font and letter combos? Pathing can get really weird with some fonts, they don’t always produce the cleanest outlines.

You could mitigate this in several ways which other people have touched on. @shop uses pdfs a lot, ever seen this?

I had this happen recently to a vector pattern I created in inkscape and uploaded as svg… A few circles were missing in every copy, and I confirmed there were no stacked shapes. 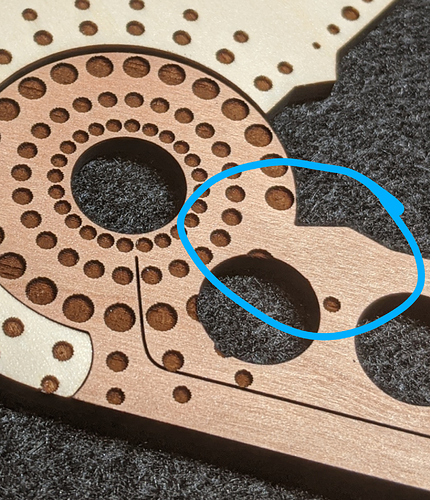 I need to recreate the issue and submit a ticket.

I haven’t, but I don’t use Word. It could be an issue with how Word creates the PDF? it would be useful to see the PDF and see what that looks like.

All very good thoughts thank you. If I was able to delete all the letters that engraved and run it again and it worked that time with no issues., would it be an issue with the PDF? I can upload the PDF file in the morning.

There used to be a bug, I don’t know if it’s still present, where complex designs could take a while to load, and if you clicked print before they were ready, it would be missing some objects.

Personally, I do have one bit of voodoo that I engage in: anything I want to engrave, I rasterize first. It removes the variable of how the GF cloud software is going to interpret things. I realize you don’t have this option going straight from Word to the Glowforge, but to make any headway with this machine, it’s probably a good idea to be familiar with Illustrator or Inkscape.

I rasterize first. It removes the variable of how the GF cloud software is going to interpret things. I realize you don’t have this option going straight from Word to the Glowforge

Actually, I do this a lot for engraving - I use powerpoint to do interesting text and/or shape layouts, then screenshot or save as jpg, then upload into the UI.