Why is this file cutting twice?

I’ve taken this back into inkscape and tried to ungroup etc, but I can’t find any reason why it should be cutting double. can somebody tell me why? it is wasting a lot of time cutting needlessly over itself.

I noticed that the stroke paint color is “undefined” in my Windows version of Inkscape. Otherwise I cannot find anything obvious.

would that make it cut twice??? that doesn’t make any sense. I’ll fix it and see, but that confuses the heck out of me!

Dumb question but did you check the settings to see if you are using multiple passes?

I haven’t looked at the svg so I can’t say if it’s the file.

So this file is a nightmare of bad nodes and other cruft.

I don’t know where you got it, but it’s really not well made for lasering. There are enough stray and extraneous nodes that I wouldn’t even try to work with it without serious cleaning up/redrawing.

My point is that I don’t trust the svg at all so I wouldnt be surprised if it has some weird edge case bug that is causing it to either run twice or appear that it is.

First off, try using “clean up document” under the file menu and save a new copy. It’s not likely to save you, but who knows.

I might also try copying and pasting the paths to a new document and resaving with a new name and trying that one.

I was just looking at it, too…(not in Inkscape) and agree about all the extra nodes, but other than that I couldn’t see anything doubled up. Is there any chance that you could have loaded it into the UI twice and they landed on top of each other? Or that you maybe added it into the UI separately again like through the add art button?

… I’m kind of committed to a project using this. what makes a file a nightmare of bad nodes?
I will try to clean it up.

I don’t think that is it because…

I did say it was a dumb question. It’s worth looking because if that is the reason it’s a very easy fix.

But again, your svg has a hundred other problems that I’d worry about first. The details on the leaves are too small to resolve, there are two leaves that are separated by 0.003", which is thinner than kerf and is going to lead to overburn and is possibly a fire risk (too much laser dwell time in one area).

Oo, yeah that’s a good thought too. But you’d probably know it if you did that because you’d see two jobs on the left.

well clearly I have a lot of work to do here!

I took a screenshot of one of the bad areas to show you; 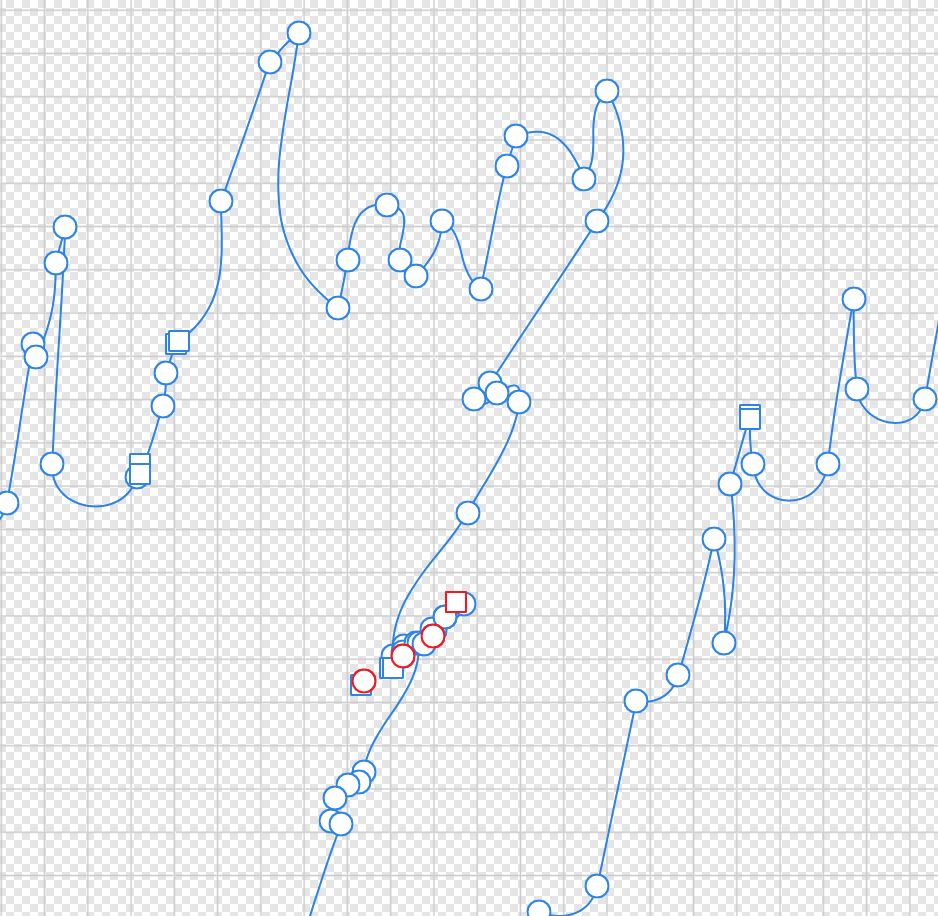 If you can simplify the lines it will help immensely, though don’t know that it will solve the initial problem of it cutting twice. Good luck!

If I simplify the tree, then mary becomes a big blob on a donkey. this is a nightmare. LOL.

Here’s a zoomed pic of the path with nodes on. 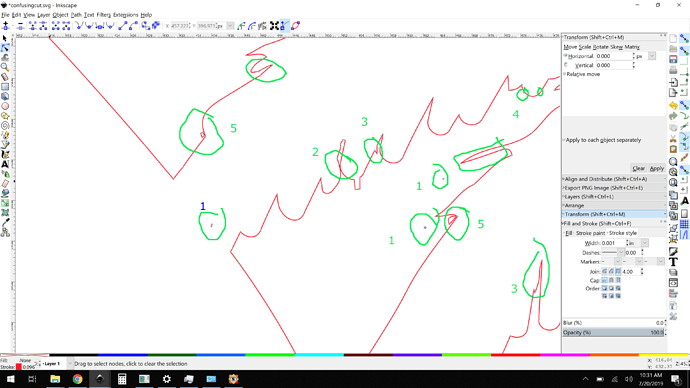 2: Lines far too close together, it’ll burn that section off.

5: A couple of weird “loops” or islands. Also will go poorly.

I just whipped through it, this is a very zoomed tiny fragment, and isn’t even all of them in this view by a long stretch. This is typical of the types of problems you run into when you get SVGs online. You usually have to do a bit of cleanup, but this is a pretty bad example.

well boo… Is there anyway to remove nodes individually instead of “simplifying”.

I suggest you get super familiar with node editing in general. In fact, I posted about this before:

Multiple nodes in Inkscape? Everything Else

Yeah this sounds familiar to me too. I found this tutorial but it’s for older versions. Seems like the right track though? http://tavmjong.free.fr/INKSCAPE/MANUAL/html/Extensions-ModifyPath.html#Extensions-AddNodes

Is there anyway to remove nodes individually

This much editing will take you hours. If it were me I might look for new art that is similar and either trace a raster or verify the quality before trying to cut it.

This sort of religious silhouette is really common, there are no doubt other very similar derivative works (this one is in itself pretty derivative). I bet you can find something that works better.

okay, you guys are great. you teach me so much. when I saw a file before with lots of nodes I was like “wow, that’s really complicated”. Now I realize more often than not, it’s just badly done, probable by some computer program because people were too lazy to do it right and edit. I redid this myself using the …um…bezier…tool I think it is called, and it cut so much more nicely and when you click on it, it
doesn’t look like somebody went ham crazy with nodes. thank you for teaching me what to look for. I feel like I learned something so important today. I had no idea this was a trash file, but when I
looked at all the screen shots you sent me and stuff I realized how messy it was and i can’t believe i paid money for it!!

I skimmed through but didn’t see that it resolved your cutting twice issue.

If the stroke is aligned to inside or outside, it essentially expands the stroke in the app, causing a cut line on the inside and outside. It needs to be center aligned.

An Inkscape expert or google search can probably show you how to check and change this.

I opened it again and it would appear that the line is center aligned; 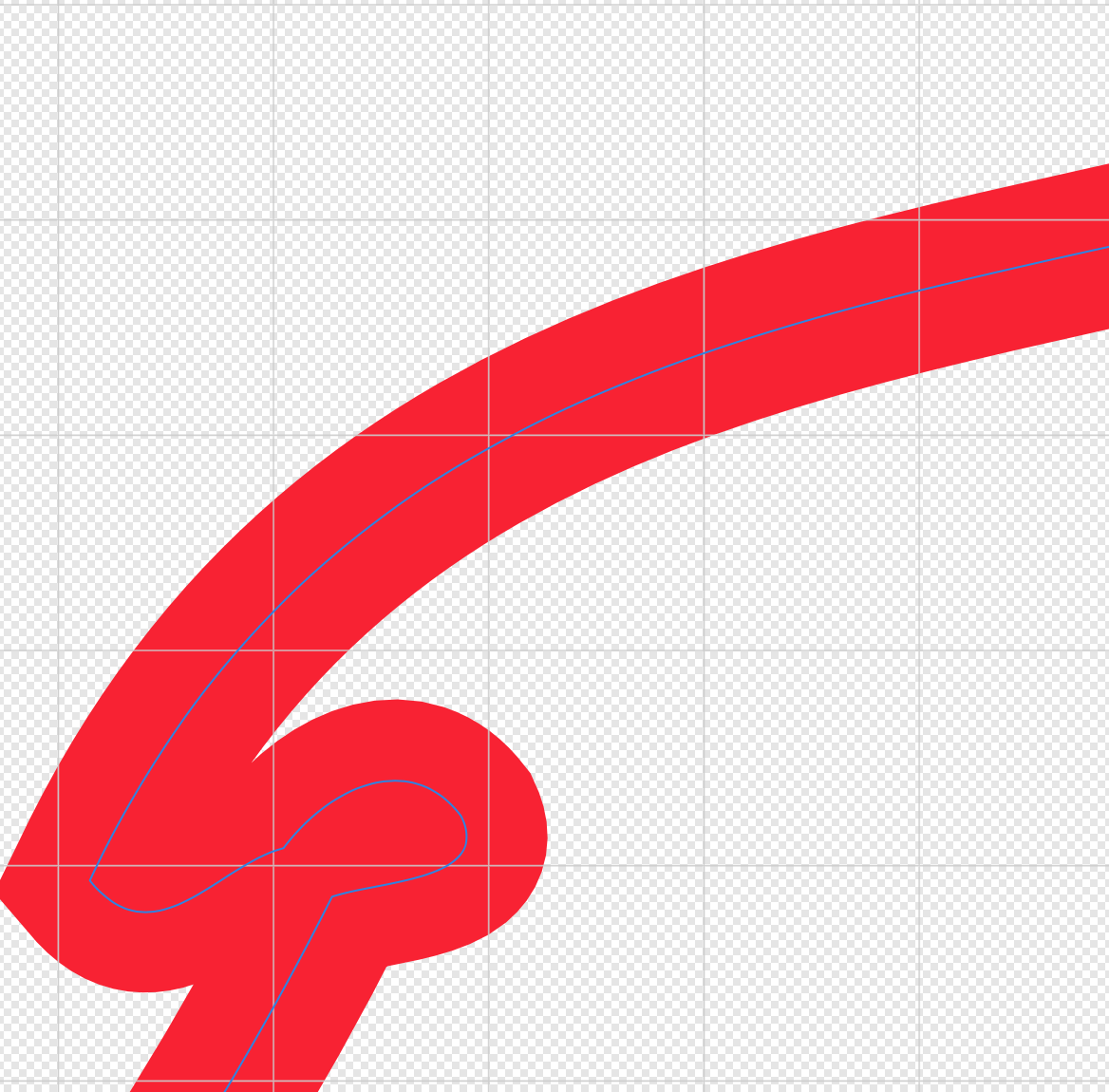 I did a quick cleanup to see if it made a difference and whatever change I made seemed to clean it up and it only ran once. Don’t know what it was though.

If you run the image too small all those palm fronds will make your GF kick like a mule so keep it in mind.

sd2.zip (7.1 KB)
(missed a few nodes and and wanted to smooth out some tight angles so fixed it again.) 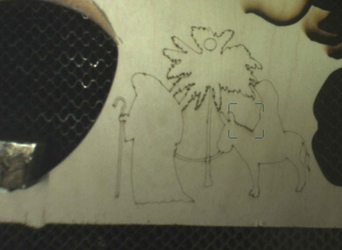