Why no E-stop button?

I think it’s problematic that the glowforge doesn’t have an emergency stop button. Yes, I know that the recommendation is to unplug the machine, but this isn’t a good solution. If there’s a minor fire in the machine, I want a way to stop my job, return the head to home, and remove or extinguish the burning material. I don’t want to go spelunking under my desk for the cable while there’s a fire.

I think this should be top priority, because it is safety related.

Can’t the go button be repurposed as an E-stop, somehow?

I believe the current e-stop is lifting the lid. Although that does not cut power off to the machine completely.

When you lift the lid, a lot of scary smoke comes out. It’s not so good that there’s no pause button for a non emergency situation, come to think of it…

I agree with @heathercrystalhall. I’d like to be able to push the big button to “pause, retract the head, and keep the fan blowing”. Then push it again to continue, or keep the lid open and push the button to abort the job.

The Pro has a metal bar on the circuit breaker in back from what pictures I have seen.
I think there is a manner to put some sort of kill switch into the system using this but no one has discussed it to my knowledge.

I suspect it is there in case you have to integrate a shield//door interlock on a safe room (Pro = ClassIV).

Is it just a bar @dan, or can we tie an additional interlock onto the system utilizing this?

When you lift the lid, a lot of scary smoke comes out.

If there was some button, that button would not clear the smoke to allow you to “remove or extinguish the burning material.” In your scenario, you have no choice but to open the lid. So I don’t see a difference in your outcome whether you simply open the lid, or push some other button first and then open the lid. Actually, it seems to me for the fastest result, performing one step (opening the lid) would serve you better in your given scenario, than performing two actions.

The interlock is nothing more than a big staple looking piece of wire that pulls completely out of that socket. Never pulled it out with power on so don’t know exactly what it interrupts. BTW: it pulls out of the socket very, very easily so don’t lose it.

Never pulled it out with power on so don’t know exactly what it interrupts.

The lid switches and the interlock are inputs to a hardware circuit that is inline with the signal to fire the laser.

Opening the lid, or pulling the interlock pin (on a Pro) will immediately cut power to the laser.

I’d post more information, but I’ve been asked not to (in this part of the forum, anyway).

So it is just a safety stop jumper. Removing it and shoving pinned wires into the holes and running the link through a NC slap button would give you an E-stop then.

So it is just a safety stop jumper. Removing it and shoving pinned wires into the holes and running the link through a NC slap button would give you an E-stop then.

I don’t have a Pro, so I can’t give any insight into that idea. I would imagine that if it’s intent is to be used as a true safety interlock, then it would be feasible.

No joy for Basic owners, though.

Thanks. Yeah, knew it was just an signal input and not connected directly to power but didn’t want to assume what it interupted without actually trying it or following the circuit.

BTW: I have never seen an interlock like that. On my machine it has almost zero friction for removal. Not quite sure how it even has positive contact it’s so loose. Wouldn’t be surprised if it just fell out if the machine was tilted on it’s back. Is yours the same way?

Oops. Just noticed you said you did not have a Pro. Anyone else with the answer?

When you lift the lid, a lot of scary smoke comes out. It’s not so good that there’s no pause button for a non emergency situation, come to think of it…

Chances are that the emergency you’re going to want to be stopping is to extinguish a fire so I don’t know if I’d classify ‘releasing a lot of smoke’ as a realistic negative in this situation.

I know that if I had a fire emerge, I’d want to be able to reach the fire ASAP – not just keep the lid closed and wait for it to resolve itself.

It’s not so good that there’s no pause button for a non emergency situation, come to think of it…

You can cancel the print from the app. I think pausing is in the “Hopper”. Definitely works fast enough for any non emergency situation. Like when smoke starts seeping out of the machine, and you have a bit of a freak out. Only to realize you’re daft and forgot to open the blast gate.

Perhaps “hold the button down to pause the job and turn on the blowers”? Then if things look ok, press again to resume. Or, if not OK, open the lid to cancel the job and clean things up.

All you have to do is just crack the lid open for a split second. As mentioned, the idea is to extinguish the fire ASAP, and the lid is in your way.

When I was playing with cork, I had some minor fires. Stopping the laser was enough to stop the fire. It would have been nice to simply stop the laser while keeping the lid shut and the fan turned on.

Same for me, with cardboard.

If you really want in… 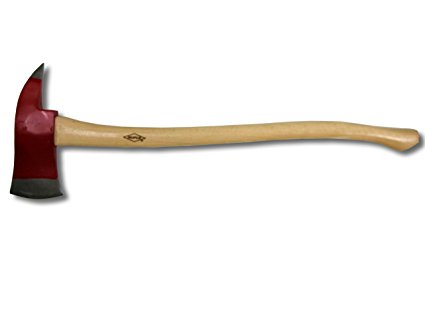 Remember, all work and no play makes Jack a dull boy