My daughter had a slumber party and I was able to give them all access with this code. 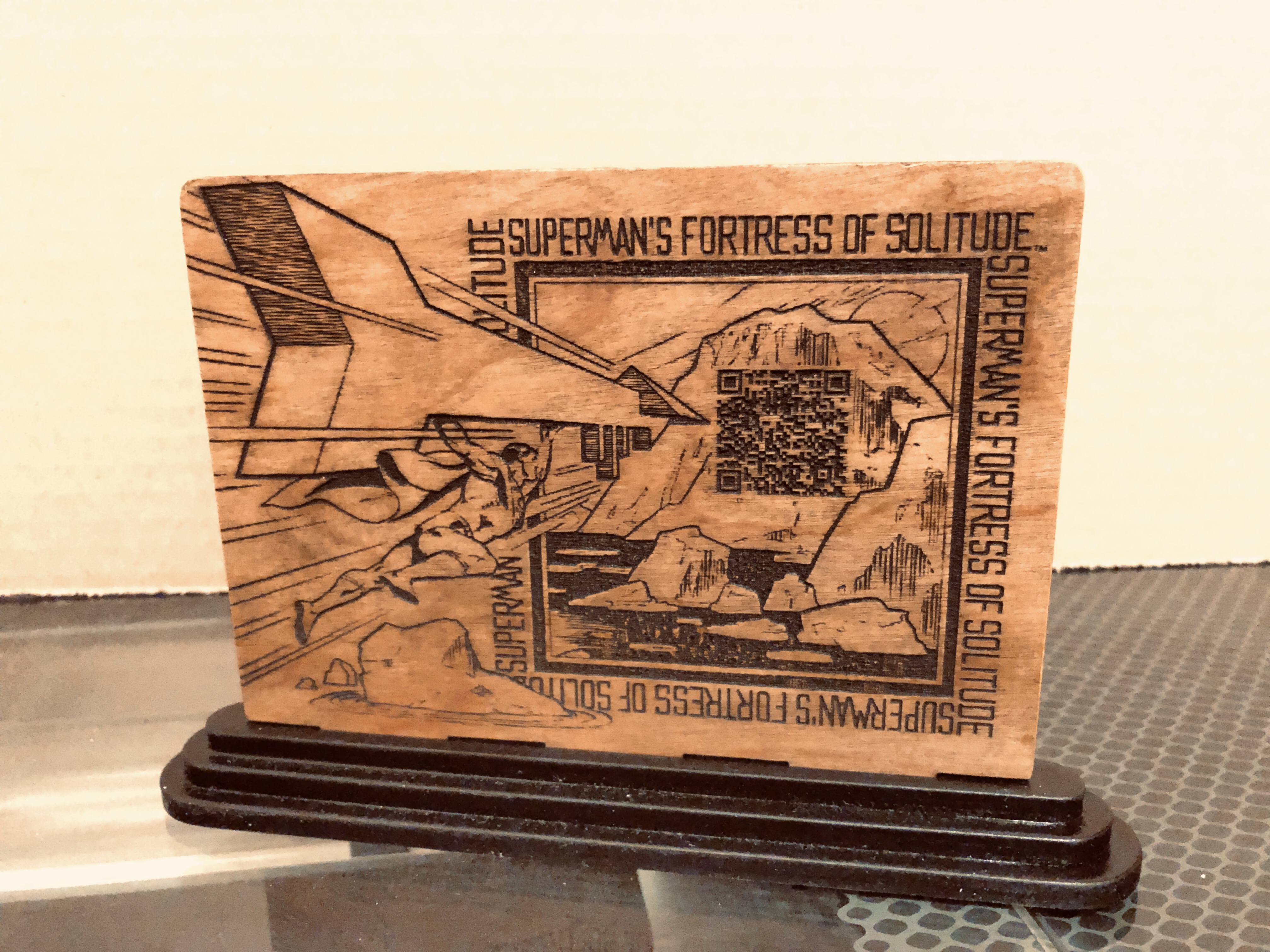 Made with 5mm underpayment from Home Depot.

Made with 5mm underpayment from Home Depot.

Well it was cheaper than proofgrade.

Care to outline how this works? How do you generate the code? How do people use it?

How do you generate the code? How do people use it? 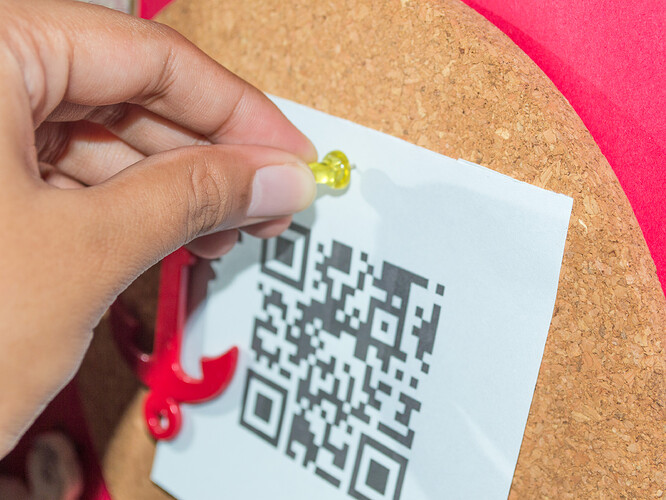 Want an easy way to share your Wi-Fi details? This wikiHow will teach you how to create a Wi-Fi QR code and display it in your home. Then visitors can use a QR code scanner app on their phones to access those details quickly and easily....

Hm I suppose I could have googled that.

So it’s not more secure, and requires an app in android. Cool, though.

So it’s not more secure

It’s not designed for security. It’s designed for convenience. And it’s only for your guest WiFi so it’s not like your LAN’s compromised.

requires an app in android

I think most people have a barcode/QRcode scanner. Shouldn’t be a problem.

Bottom line, if you have a vacation house or many visitors coming to your primary residence, this saves you telling everybody your guest WiFi PW one-by-one.

The default camera app in the last two major Android updates and iOS have had the ability to scan QR codes for at least the last two years. This is what we used for our referral codes at makerfaire a couple of years ago.

The MagicMirror post I did a while back also uses a QR code for the guest wifi, but since this is a screen and not static- I can rotate the SSID and the password from time to time. But as @Tom_A said. This is a convenience feature.

LOL! Really? I never even tried! I mean, I’ve had a QR app on my phones since Froyo.

Wait… I just tested that and my camera (on my S9+ running Pie) does not appear to scan QR codes.

Yup. This was my ‘benchmark’ for the guest wifi- If your device was not fairly updated (with-in 2 years) I don’t want it on my network. VLAN’d or not.

Wait… I just tested that and my camera (on my S9+) does not appear to scan QR codes.

Okay… So not really native then, eh? Need to install Lens?

I installed Lens, but I couldn’t get it to work in the native camera app. I came across this XDA article that suggests this is a Pixel thing, not a general Android thing.

It definitely works on iOS with just the camera.

@Tom_A, I didn’t know it was embedded either. Using a Moto G5+ and in settings I could turn on Google Lens. Must have been part of the OS since I have never installed it. Worked just fine. Just pointed the camera at a barcode or QR and it comes back a couple seconds with the info. I had been using a QR reader that I manually installed.

Edit: My wife knew the capability was there. I’m the Electrical/Software Engineer and she’s the Theatrical Arts Major. Go figure.

in settings I could turn on Google Lens

My bet is Samsung disabled that setting in favor of Bixby Vision (which does scan QR codes in the native camera). But since nobody actually uses Bixby, all they’ve done is crippled the feature.

Bottom line, if you have a vacation house or many visitors coming to your primary residence, this saves you telling everybody your guest WiFi PW one-by-one.

Not to take anything away from the OP engrave, which is very cool… I just wonder a bit about using QR codes like this.

If it’s not security measure, then wouldn’t a sign with the ssid and password in plaintext be more convenient, since it would work for everyone without any fuss?

I mean you could still QR it too — there is nothing stopping you from having both the QR and plaintext on the same sign — but QR isn’t widely adopted even now, and I generally don’t want to load QR codes in case they take me to some site I don’t want to visit.

Open your camera/qrcode app and hold the phone up to the QR code for a second vs opening settings, WiFi settings, searching for the SSID and entering the PW one character at a time. Seems to me like the former is considerably more convenient. But certainly that’s subjective.

Seems to me like the former is considerably more convenient.

We’re definitely in offtopic territory here, but I’ll agree to your point with the following caveats:

QR is more convenient … if the target person knows how to use them. And if they are using ios 11+ or have spent the time installing a reader properly in android/ios <=10. And if they trust QR codes. That’s a lot of ifs.

SSID and PW are almost certainly more familiar to more people… that is, I am willing to bet that the set of people who know how to do with with QR codes is wholly contained by the set of people who know how to use an SSID and password. It just seems like at least including SSID and PW next to the QR would get the most bang for the buck. If you love QR codes, have at it, but for the rest (majority?) of us, the connection criteria are there as well.

If you love QR codes, have at it

I don’t think I love them. I just think they’re extremely convenient. For example, my business cards have one for my website and one for my e-mail address. Under each code I have those each spelled out as well. When I’m at pretty much any museum there are QR codes at the displays to “learn more.” I think Best Buy has them on all of their price tags. I dunno, but I’m pretty sure QR codes are rather widely accepted… not just for some fringe group.