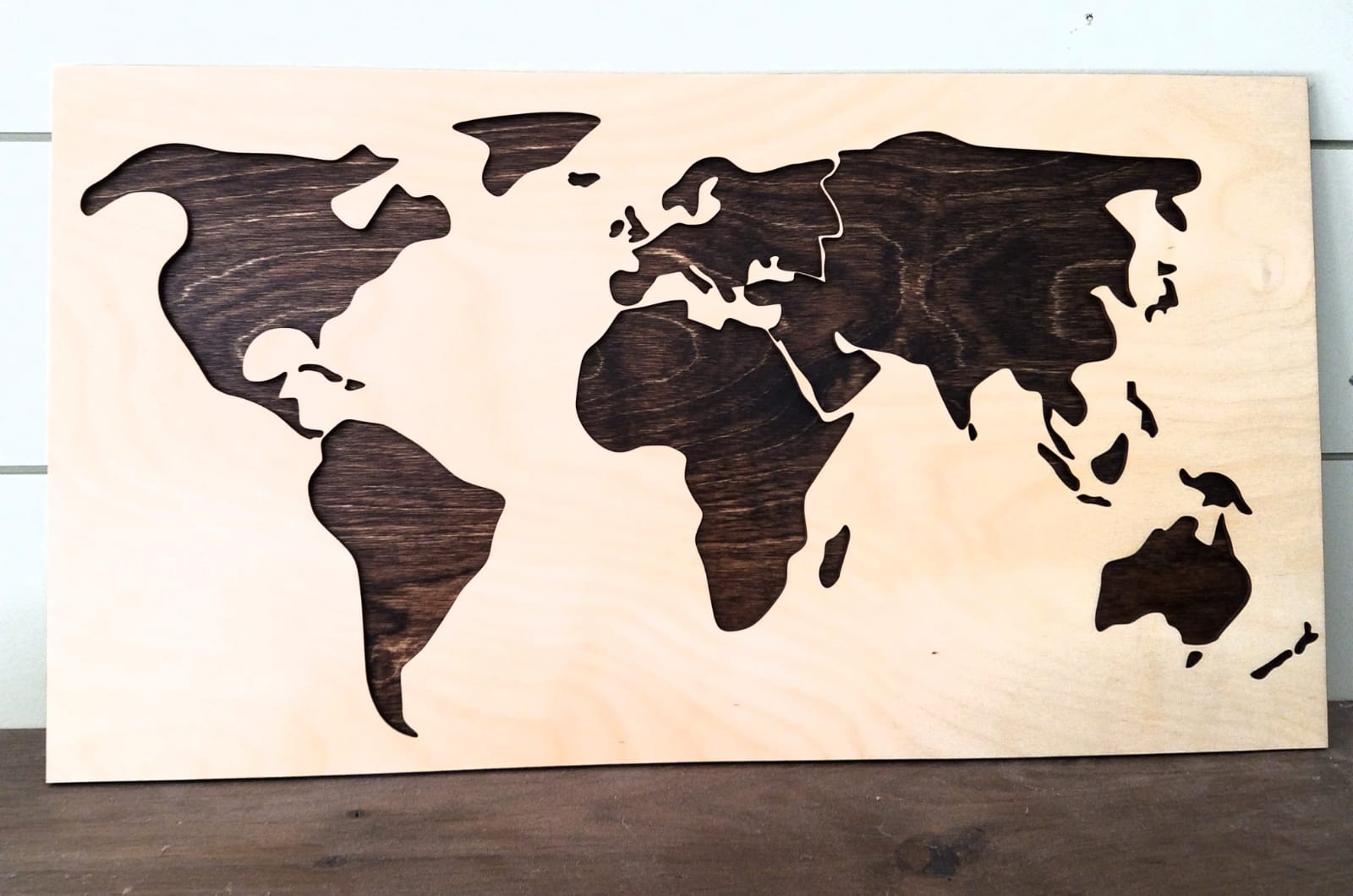 Next up, Dymaxion globe!

I didn’t even know that was a thing. Now I need one! 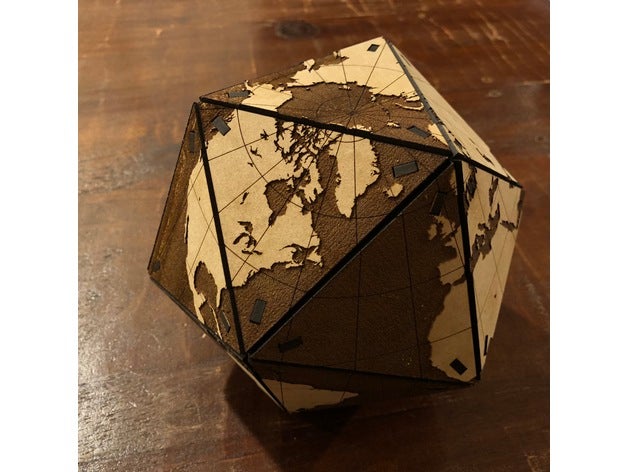 This remix of Octovir's Dymaxion Globe contains everything needed to create a globe using a single sheet of material. I printed my examples using Glowforge's Proofgrade medium draft board and standard settings for engraving continents/oceans,...

Yeah that came about via this thread I think:

Nice! I have just completed a file of that. Because of that, I recognize where you cut your losses as to which islands to eliminate.

How many little pieces do you want to deal with when you install it on the wall?
I’m trying to resist the urge to use the fairy lights I have to illuminate them from behind…

Engraved or Cut and Glued?

I love it! I love the simplicity and speed of it. I was thinking of something similar but was going to try an engrave and was concerned about time.

NIce design! I like the smoothness and curviness of the borders! NIce work! How big? Max bed size? 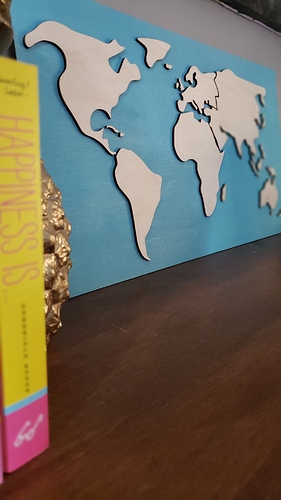 I had to do it after @PrintToLaser asked about it. Which version do you prefer?

This one looks much more traditional than the first version. I actually like the first one better