My students know I’m a fanboy and each year I pick a nerdy theme (sci-fi, obscure pop culture hit, cult toy #lego!) for my classroom. Armed with a Glowforge I’d like to kick it up a level. So my question to all you Forgers is:

What is your nerdiest, geekiest, most glorious fan project to date? (I’ve already made a Tardis snap-and-store box, an acrylic Death Star 2, and Calvin-and-Hobbes picture frames…)

I don’t know if I qualify, but I did make a fan out of a sections of a printed circuit board !
It was a commission for the boardroom of a company that produced communications equipment for hospitals.
I used one of their own boards to do it.

Pretty much all my projects are geek-related.

Most recent one before the glowforge broke down 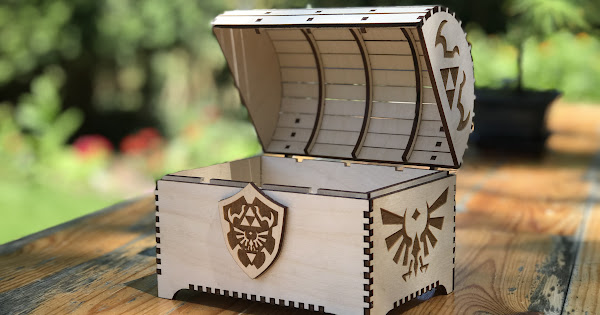 Very cool! How is that hinged?

. Fan art, not so much. There is my escutcheon, 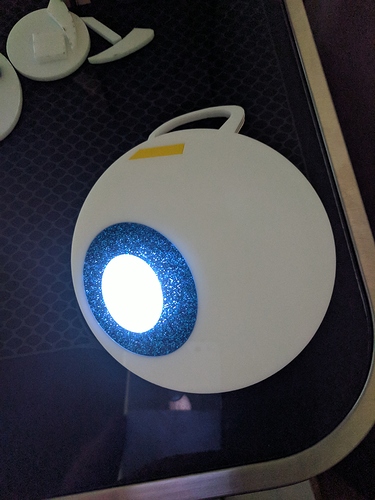 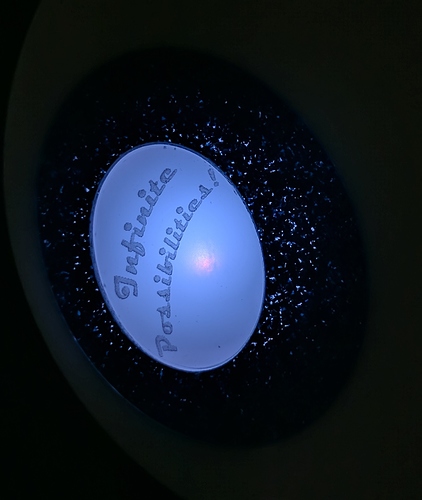 And yes, there is a yellow square of acrylic in the first layer. Also, anyone who says the Heart of Gold is not in the shape of a shoe, I say what part of mostly harmless do you not get?? In an infinite universe, the odds of spherical shaped shoes being more common than the oblong blobs that fit on your bipedal ape feet are pretty darn good.

I have plans for a ridiculously pointless pen holder; something that was supposed to be a first project. By plan I mean I have the cut files almost done, but just never seem to finish them because other shiny things distract me.

What’s making it glow? And how did you make that awesome star pattern?

The button on the glowforge is doing the glowing. 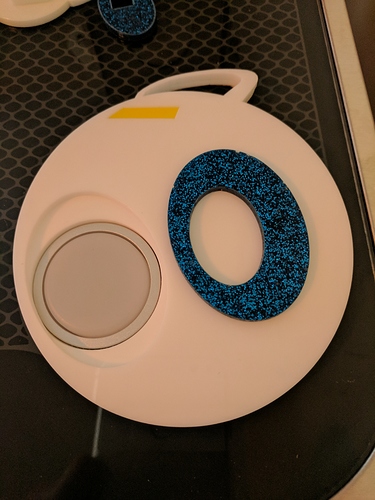 Only the bottom layer needs a circular cutout for the button. The clear acrylic piece floats inside the blue-glitter acrylic so it can press the button.

The star patter is just the blue-glitter acrylic from Inventables. It’s part of what I spent my $50 gift certificate on.

Here is my resume for nerd points so far:

Mine have (so far) taken the form of jewelry… 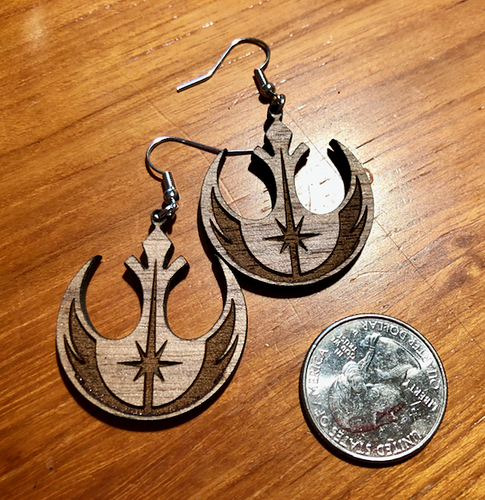 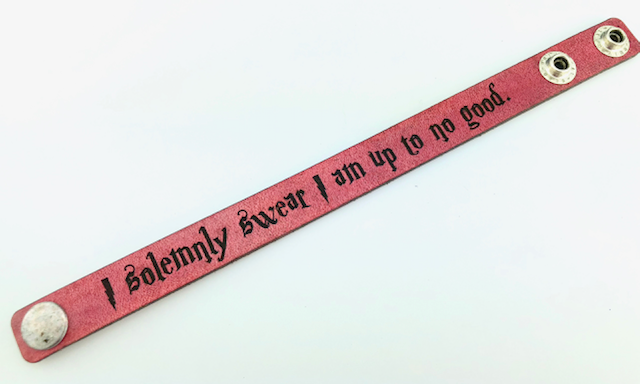 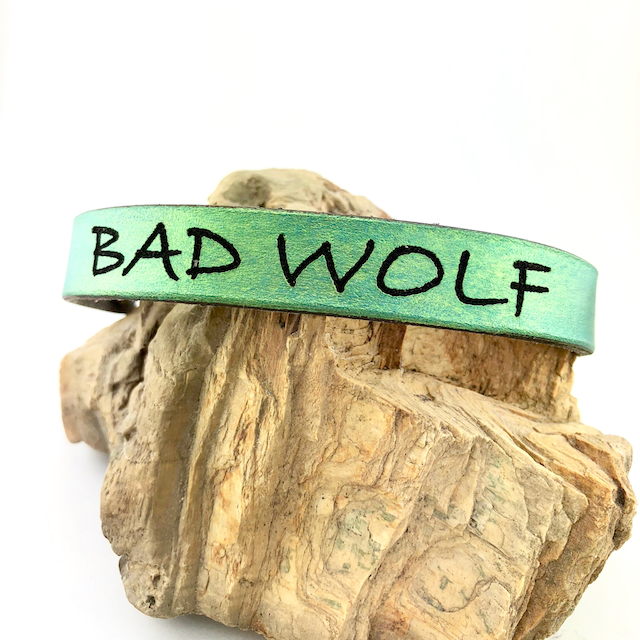 The Way of Kings (Brandon Sanderson) 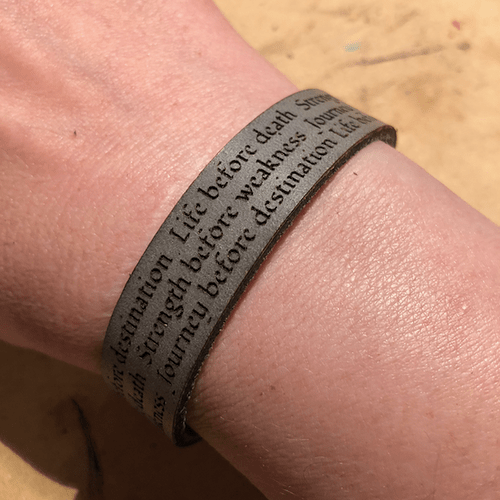 Awesome! I love the Rebel firebird design. (I have it tattooed in place of the “O” in each of my children’s names!) The etched part is really nicely done

Really like that! Did you have an issue cutting the glitter acrylic? I have a few samples, and 1000/full wouldn’t cut through 1/8". I haven’t tried to dial it in any further.

Okay, that LOTR board is impressive! I assume the map and the “letters” are different engrave settings?

Yes, the map was done at a lower power level than that Elvish letters. Took multiple passes, but got the look I was going for.

I just used the blue medium proofgrade settings and it cut through with no issues (it’s 1/8"). I read on a non-GF forum that others have had issues cutting the glitter acrylic, but it wasn’t my experience.

You seriously need more nerd??? May the Nerd be with You!

In the back three pieces are sandwiched together. Two on the box and 1 from the lid. Nail through and through.

@caribis2 - now we’re talkin! If only they made a GF that could do that…

It’s not cut on a glowforge, but it is laser cut.

My Stargate Escutcheon was one of the times I I let my tech fandom influence my arts and crafts. The Millennium Falcon cookie cutter. LOTR edge lit sign of the Gates of Moria. Eclipse earrings were another.