Anyone else have to tape their machine to prevent smoke leaking? 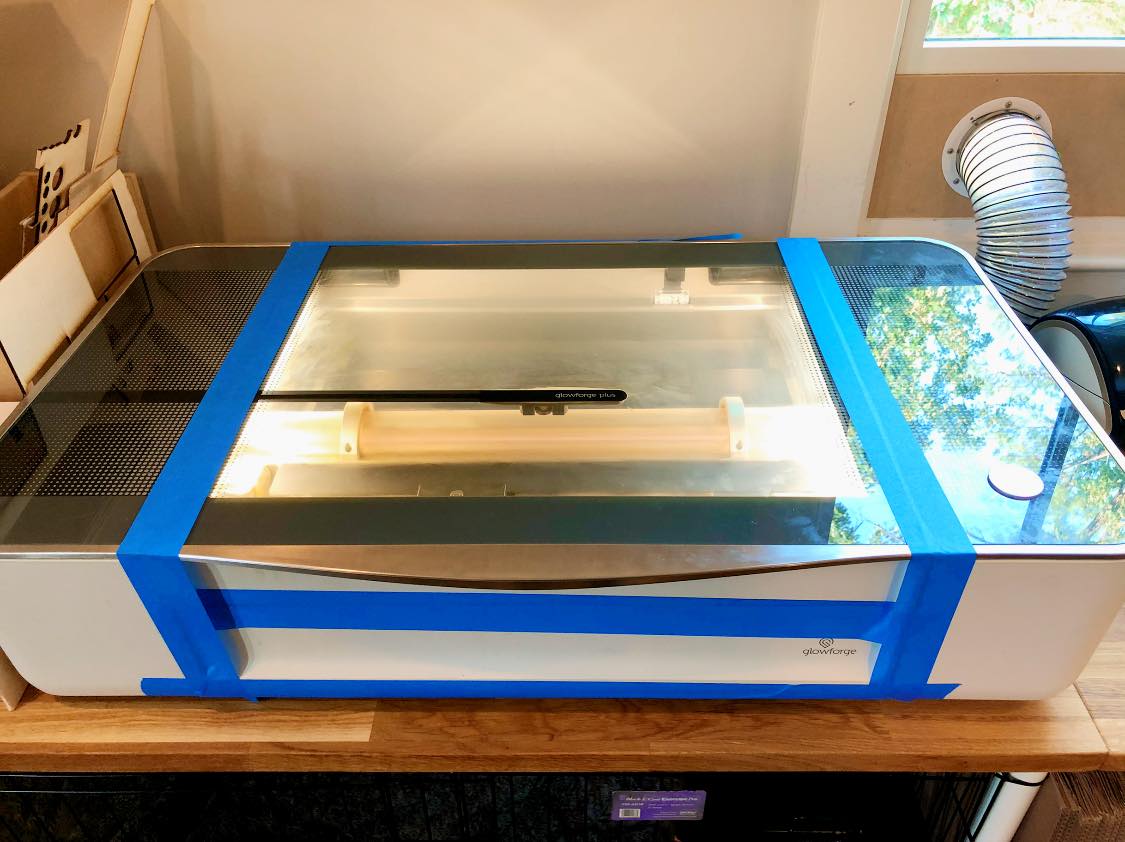 I’ve got a 550 CBM booster fan coming today to try to mitigate how much smoke leaks when I’m doing cuts, but seems unusual that I need to do that.

I cut proofgrade basswood the large majority of the time. I’ve cleaned both the exhaust fan and air assist fans many times and it never improves the smoke issue.

I didn’t have smoke issues for the first week or two after I received my Glowforge, but it’s been an issue for quite a few months now.

How is that exhaust hose running? Can you take a picture of it’s path?

It doesn’t look like it has room on the backside for a 4” hose to even make the connection to the flange?

when you have smoke issues, it’s almost always some sort of obstruction issue in the exhaust tract. for me, i once had one of those dryer vent flap covers on the outside of my vent solution. it had a screen inside of it. that screen filled up with residue and gunked up and blocked airflow. it could be anything from inside the machine to the point that the air evacuates to the outside. 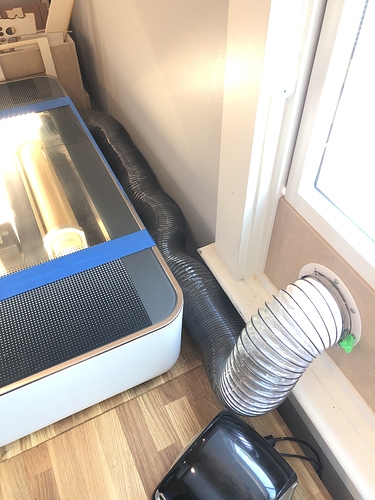 First thing to look at is the grate in the forge at the connection point.

Second thing I would do is look at moving the forge closer to the vent, as it seems like you have a bit of room to do so. The fewer bends in the hose the better, and the less length the better.

Third, I would double check the window. In the picture, there seems to be a bit of light (but could be flash reflection) on the left side of the window. If it’s a gap, that could be a challenge.

You may also want to tape around the hose connection to the vent.

I woudl also consider looking at a different hose. I;ve use a thick plastic dust collection hose from Powertec (Amazon Link) that help the smell for me.

Just a couple of thoughts.

If you start to see smoke filling up inside the Glowforge or seeping out into the room around the lid while a print is running there are a couple of things to check. Taping up the seams on the machine to keep smoke from leaking out is not a good option.

Air is supposed to flow into the Glowforge through the cracks in the lid and from the air intake underneath the right side.

If the machine is filling up with smoke it can be caused by several issues.

Thanks for the tips, Jules. Will dig in to some of those.

Here’s a video showing how the smoke moves in the machine. There’s smoke coming out of the front, though it’s hard to really see it in the video.

You have three right-angle bends there, and the first (at the machine) is severe. That’s the primary source of your issue - only two bends are recommended.

Your external fan will take care of it. No, don’t have to tape my machine.

Another video during cutting (other vid was engraving) that shows more smoke.

There’s a normal amount of smoke in the machine it looks like, and it appears to be evacuating towards the exhaust port so that’s good.

I’ll tell you what might help more than anything else is shifting that table over so that you can get a straighter (direct) run with the hose to the window. Or moving the glowforge over to the other side of the window. Is that possible?

By design the exhaust fan moves more CFM than the intake fans, so the machine should be sucking air in all the cracks.
A couple of months after I got the laser I started getting smoke like that and like you, my first solution was to tape the cracks. It continued to get worse until the room had a cloud of smoke in it. That’s when I realized that it was an accruing issue.
I discovered the exhaust fan grill was almost completely blocked by smoke particulate, essentially a very fine ash.

Whatever the cause, the machine is not breathing as designed, so taping it is treating the symptom not the cause.

Just moved it directly in front of the window and used a short piece of vent hose so it’s basically a direct shot out…still billows smoke out of the machine.

Sounds like I need to dig in to the fans a bit more to see if something is up.

Did you check the grid behind the exhaust fan? If it gets clogged up it can inhibit air flow too…vacuuming it and brushing it out on a regular basis is a good idea. (Oops sorry…i see @PrintToLaser just mentioned it. Can’t see that on a shortened screen.)

Anyway…it’s another good thing to check. 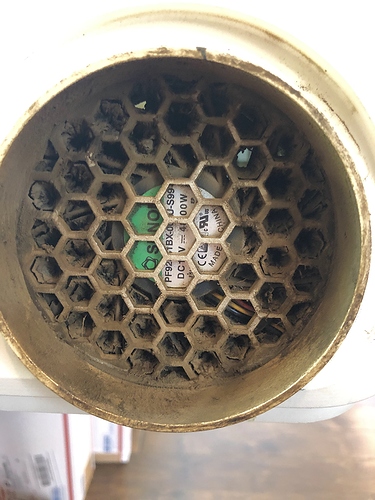 This grate will be the death of me. I was convinced I’d cleaned it recently enough, but clearly it’s clogged up.

Yep. Some materials create more debris than others. Out of warranty This was my solution.

And there it is. The death of all of us.

I probably don’t do as much wood as other people, but I shoot compressed air back there quite often to keep the fan itself from getting build up. With such resinous, sticky stuff, once it starts, it just grabs more and more, I think.

More than one person has removed the grate after their warranty was up.

Just did a deep scrub on that grate/fan, ran a test cut and hot dog…no smoke leaking and no smell, plus the fan is quieter.

The 3 months until my warranty expires so I can cut the grate off will be painful.

I think your problem with the fan junk building up so quick is that extremely sharp bend right at that flange. The exhaust is hitting that immediately and probably causing some weird circulation. Think about how a river flows around bends and you have fast water, slow water, etc.

You might even be creating an eddy right there at the grate.

On top of that, it’s not like it’s mandrel bent pipe; it’s soft, flexible tubing that is compressing down to less than its 4” diameter, so it might not even be able to shoot the full 200cfm through it.