Bamboo engrave for the first time. Why does it STINK?

Hi there! Did my first engrave on bamboo. I am pleased overall except for the random line that popped up in my design (easy fix). I have a question though… why does it smell like a$$ now? I am going to leave it over night and hope the smell dissipates but fresh it stinks. Didnt stink when I was cutting it but it does now. 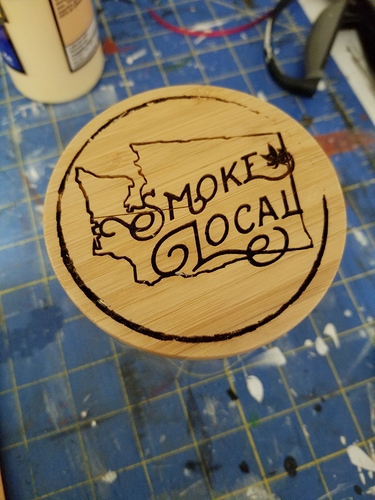 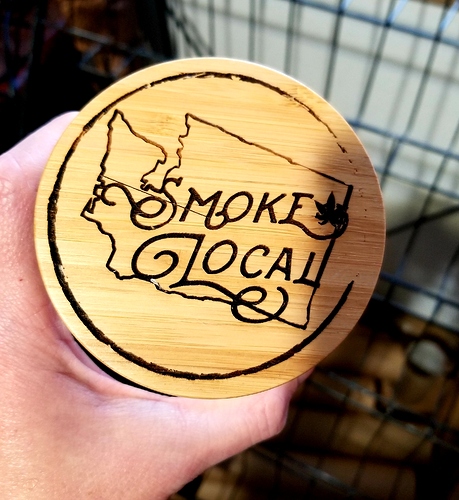 Just a design feedback: The tangency of the S makes it harder to discern. I read this as “Moke local” for a few moments. You might consider adjusting so the S doesn’t touch the border.

I can see that now. I think it’s because it is small. I use this design on larger items and it works. Will have to make the adjustment when I get rid of the phantom line

Phantom lines are definitely a problem with some fonts. It’s one of those things you gotta look out for. Sounds like you got a handle on how to solve it, like you said should only take a minute of path manipulation.

Funny thing is that it wasn’t in the original design file because I have used that file to cut vinyl multiple times. I copied it over to a new file to make sure the original.didnt get messed up. Guess I made the right call lol Its not a font issue though it might have been a swatch issue when I added some distressing

Distressed or grungy fonts are the worst offenders, when you convert them to paths sometimes the nodes get joined in unexpected ways.

Always a good idea to set your path to have a thin stroke with no fill just to be sure the shapes look right – any weird horizontal lines would probably show up. Then switch them back to fill/no path before you want to engrave.

The stray line is very likely either an open path/nodes or overlapping nodes. There’s been a lot of discussion about it and you can search for “line engraving” or “open nodes” and you should find several topics. Here’s a few to get you started…

Is my GF BROKEN? Unwanted LINES running across my engrave Problems and Support

So, this isn’t the first time I’ve gotten a random line in my designs. Just not to happy to see it after waiting an hour for this thing to engrave. The file itself does not have a line. When this happened before, neither did those files. Anyone else run into this? [20181125_150259] ! Original File: [Christine%20Leacox%20TREE%20cutting%20board%20FINAL]

When numbers are stored using floating point adding an offset to translate a copy can cause a reduction in precision. The set of numbers floats can represent are not evenly spaced on the line of real numbers. The further away from the origin the wider they are spaced. So it is possible for an edge case to come and go when coordinates are translated. For example two points very close can merge to the same value when translated away from the origin. So a marginally open shape can close when tran…

Great Irony that it stinks when you smoke the wrong grass

However, I have found when I clean the work with alcohol hand cleaner the masking and residue come off as well as much of the burnt smell. If I have a warping issue I clamp it flat and dry it, I then treat the wood with a furniture cleaner oil that also has a slight orange scent. At that point the smell of cutting is hardly detectable.

The tangency of the S makes it harder to discern.

Honestly it took me a second… I was like “WHAT S?!”

Are you sure it was pure bamboo? A lot of times when I got Bamboo, it was treated with lacquer or oils. So what you are smelling could be the chemicals burning and not the bamboo. I never had a problem when I had untreated bamboo.

I think this design would look better with a simplified WA outline, omitting a lot of the cut-in in the upper left. That would also crowd the “S” less and make it easier to read.

I would guess there might be something “in” that bamboo. I did that cutting board for my folks’ Birthdays and it really didn’t even smell burnt when it was done. rather amazing

Calling something “Bamboo” is like calling something “tree” as it covers a rather wide array of species, however getting from jointed tubes to any other shape is as varied as the number of species so I would think that each source would be different,