Best file format to send to the GF?

I found only one thread about PDF files vs SVG files. It wasn’t all that helpful in my opinion. I’ve been creating content in Affinity Designer and exporting them as a pdf for the Glowforge. Should I be exporting as svg instead? Is one better than the other? Or, does it just depend on the project?

We’ve had years to discuss this, search does not disappoint

Yeah. Read that entire thread twice. It just sounds like personal preference to me. I just can’t figure out if one is somehow better than the other and why? I get the file size thing. Maybe larger files I use svg? I guess I’ll just need to experiment with both.

Well… some programs make pdfs or svgs that don’t get interpreted very well by Glowforge, particularly with scaling issues or in cases where images aren’t properly embedded.

For example, AI has two ways to export svg, I think they’re “export“ and “save as”. One of those has issues with scaling and the other doesn’t (an AI expert can weigh in here).

If it were me I’d be looking for workflow suggestions for your particular tool chain, not so much worrying about the file format first. Are you having a problem you’re trying to resolve?

If you export from the GFUI it gives you an SVG. So I would think that would be the best format (closest to native)?

When I get a chance I’ll upload both a pdf and svg of the same project and look for differences. Just haven’t had the time yet.

As far as interacting with GFUI, PDF and SVG shouldn’t make a difference.

That said, I feel like I’ve seen at least a few examples where some bug happened with SVG and not with PDF.

My preference has always been SVG, since SVG is a standard, open format. Where PDF is a proprietary format owned by Adobe.

All in all… it usually doesn’t matter.

honestly, i’ve only once ever had an issue with PDF (and it wasn’t really the PDF’s fault). personally i think it’s more reliable (and you don’t have to outline fonts).

either will work well if properly created. it’s not really a huge deal if you’re making the files correctly.

instead of a “best format,” it’s really more “best way to make” whatever format you want.

Honestly – it’s just personal preference as long as you use fully-compliant software such as Adobe Illustrator or Affinity Design. Many of the open source apps don’t use the same “official” libraries to generate PDFs in particular. At the end of the day, they are both just text files with special formatting codes.

My default is SVG, but I’ll bang out a PDF for a one-off design.

I try not to pick camps because both should work equally well, but I have zero luck with bitmaps in PDFs and they always come across with a weird moiré-ish pattern. I understand it has to be a setting in my specific Corel program, but I’ve never been able to sort it out. (But in fairness, I gave up a couple of years ago.)

I use both for my own stuff, but stick to PDF for anything I might also send to my wide-format printer, or email to someone, or send out for a different type of manufacturing process.

For what it is worth, I always use SVG and my spouse always uses PDF.

At the end of the day, they are both just text files with special formatting codes.

I just made an image in Illustrator that looks like this: 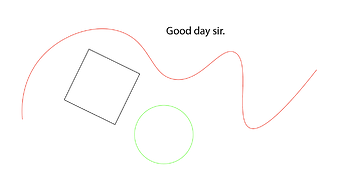 The SVG, is indeed pretty much a simple text file, it looks like this: 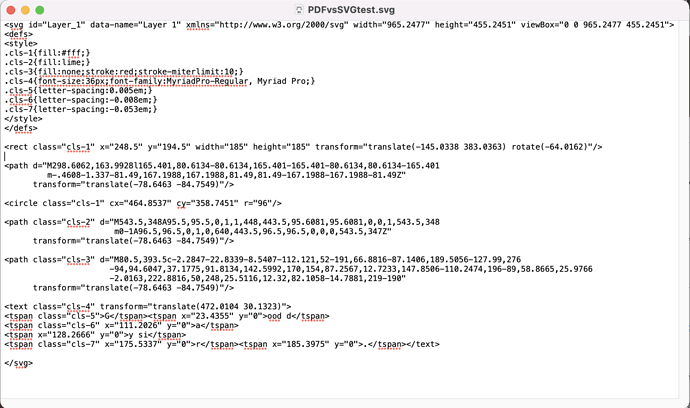 But if you open the PDF in a text editor, it looks like this:

The PDF is more than 20x bigger than the SVG.

Now of course, it could probably be optimized… but finding good tools to work with PDF can be more challenging, given its proprietary nature.

And while Adobe does publish this: https://www.adobe.com/content/dam/acom/en/devnet/pdf/pdfs/PDF32000_2008.pdf

And both of these are very complicated, but I find the SVG spec much clearer to deal with.

Ultimately I still agree with everyone it’s mostly personal preference - but if you don’t have much preference yet, and are trying to decide, go SVG!

if you plan on editing the text version of the file, that may be important.

if you just save a PDF with default settings of of Illustrator, it’s essentially an illustrator file in a PDF wrapper. you can open it right back up in illustrator and it will be pretty much the same as if you saved it as an AI file.

so to use a similar example (i made basically the same file in AI). i saved with illustrator defaults and the file was 400k. i made 3 changes on the main save as PDF screen in AI (turned off preserve illustrator editing, embed page thumbnails, and create acrobat layers) and the file was 50k. probably still much larger than the SVG, but it’s also directly printable from any printer because it has a lot more basic information in there than an SVG.

which brings us back to the original point. if you save them properly, they’ll pretty much do the same thing in GFUI. with PDF having the advantage of not needing outlined text.

and if you really are in illustrator, you can just skip the whole export thing and just copy/paste through the clipboard (which is, if i understand correctly, essentially just an SVG type of format).

Not to get into the weeds, but you’re making my point for me

- they are both text files. I didn’t say they were identical or the same size, just that they were text.

which is, if i understand correctly, essentially just an SVG type of format). 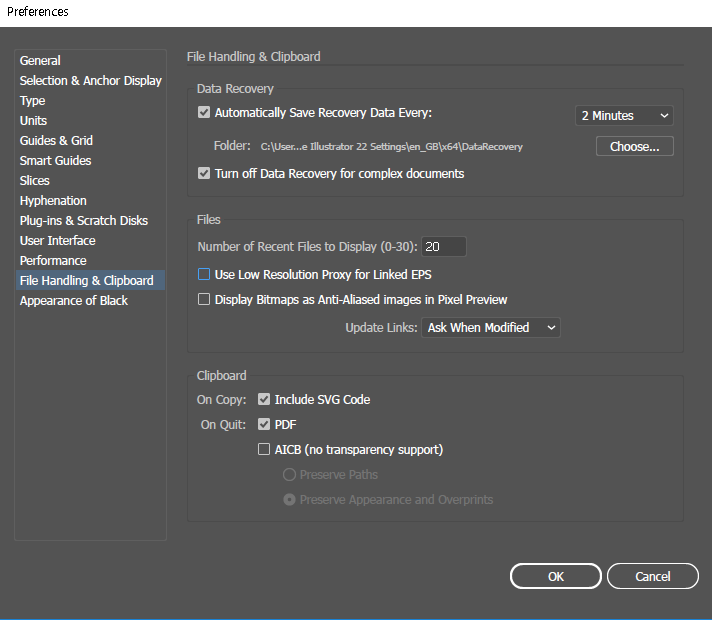 AI doesn’t really have scaling issues, just uncheck “responsive” when you export the SVG. It’s all good once you do that! (｡•̀ᴗ-)✧