If you have a short vent hose run and have moisture in your area you might want to make sure to use a blast gate and keep it closed when the forge isn’t in use. Had this happen to me, luckily it was test scrap! 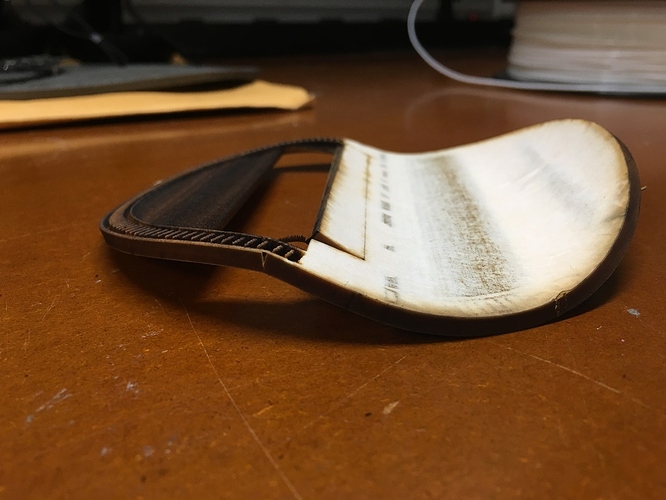 oh my!! Thats a definite warp…

I’m a little concerned about using blast gates honestly… they’re mostly designed for use in a vacuum system, where the worst case is any leakage gets sucked in. But with the Glowforge fan pushing stuff out, I’m worried about smoke/odor leaking into the house instead of all going out where it should go. Plus for my application I’m considering making a Y with my dryer outlet and putting in two blast gates so I can pick which one goes out, and I’m worried about lint and moisture leaking out of the dryer line, both into the room and into the Glowforge. Can someone with experience with these chime in and let me know if there are good low- or no-leak blast gates?

they’re mostly designed for use in a vacuum system, where the worst case is any leakage gets sucked in.

I had to disassemble, and hone down the flanges that gave clearance to the sliding gate because it was so leaky, and seal every crack in that assembly to make it usable. If it’s under pressure, you have a challenge on your hands.

I have to admit that I’ve been using a doubled up piece of cardboard with a hole cut in it for the vent hose since I’ve gotten my Glowforge. I’ve only pulled out the vent hose and taped up the hole when we’ve had severe rain storms.

It’s time to do something before the Wisconsin chill starts. Here’s the vent system I’m working on. I got the two main parts at a local Menards home improvement store. 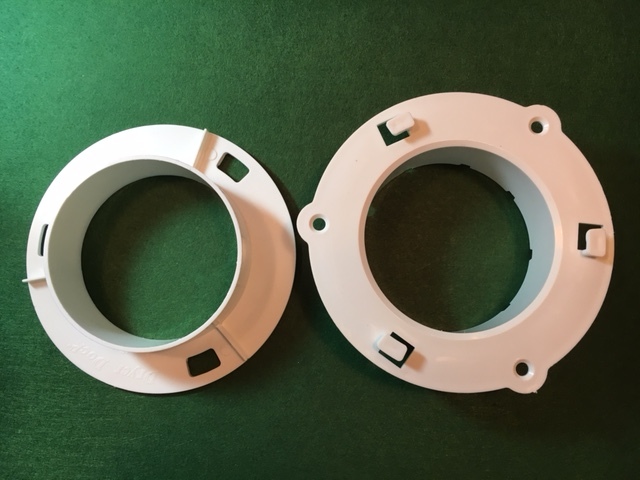 The left one will attach to the Glowforge’s vent hose. The right one will go through a filler board (acrylic or other, I haven’t decided yet) in the casement window. 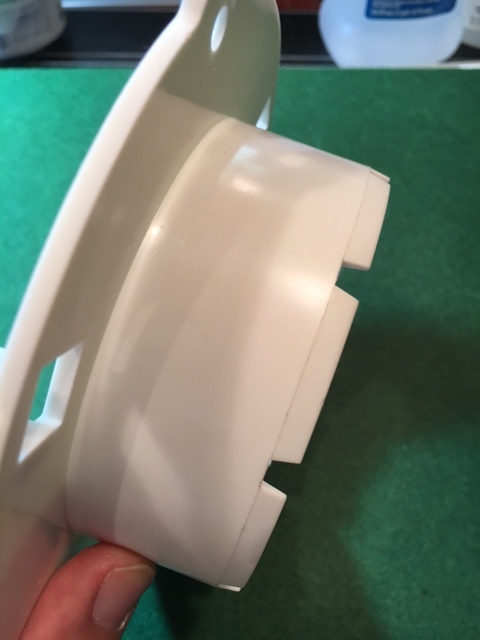 The filler material will be on the right side to the flange in this photo and I think I’ll just leave the protruding end as is so that fumes can exhaust straight out and not be diverted down toward the siding. 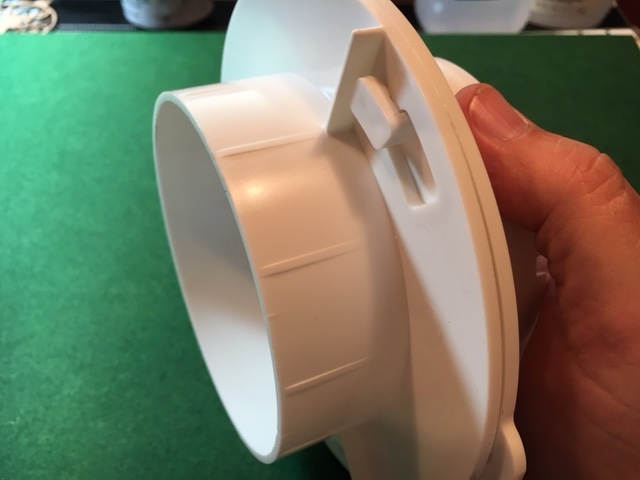 Here’s how they clip together.

If I don’t expect to use the Glowforge for an extended period (like that’s gonna happen), I’ll remove the filler board with the vent in it and close up the window. If It is just going to be idle for a day or so, I’ll unhook the hose portion and put this on it. It twists on and locks in just like the manufactured one: 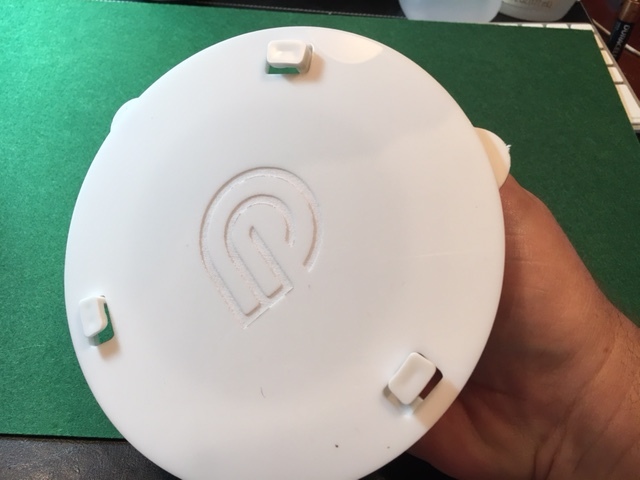 1/8" acrylic is not quite a tight twist fit, but I believe that I can cut a circle of self adhesive felt from the craft store for the back of the cover and it will provide a tight fit and a better seal. Note that I didn’t clean up the engrave yet.

I’m not sure if having the vent hose open in the room will allow too much odor into the room. None of the odors from cutting or engraving have bothered me so far. If the open hose causes concern, I can figure something out. It could be as simple as a piece of plastic wrap with a rubber band around it. I even think they make some food storage covers for bowls that are like mini shower caps. That might work also. More progress soon, but it’s not too cold yet and I now have to finish up a project for work that will pull me off this for a bit.

not the slickest of solutions, but you could get around those worried if you add a booster to the end of the line, right before it vents, i think. i’m not sure how it would respond with the dryer simultaneously attached.

I don’t get what you are showing us here? Did rain come in through your GF and cause the wood to warp?

Wouldn’t humidity damage happen due to environmental humitidity in general? Or does the GF amplify it?

The humidity inside my forge is completely different from inside my house. It basically has an open path to the outdoors. Inside my house is pretty dry. I run a dehumidifier to make sure.

Thats crazy, I had no idea. I’m going stop leaving stuff in there.

Isn’t this just a variation of this:

They’ve updated the manual to warn about it.

yup, but good to mention because people may not think about it if they don’t notice condensation.

but good to mention because people may not think about it if they don’t notice condensation.

Exactly. No sign of moisture at all, other than a very warped piece of wood. I never would have known had I not left it in there, and I’ve had this forge 8 months now.

Something like this could cause premature part failure. Moisture + laser dust can make goo and bind your fans etc.

basically has an open path to the outdoors.

Blast gate is a must then. They are fairly cheap and will keep critters out too… Then leave the GF cover open or slighly open to keep the humidity down inside…

So… Now I’m imagining those giant outdoor cockroaches taking up residence in my imaginary and overly humid glowforge. Oh man, or stink bugs.

Then I’ll be able to sleep at night.