My wife has a cookie project that required these characters, so I suggested using the GF. The one she was thinking of buying online had been done on a 3D printer. I wanted to better that one. I tried two techniques. 1) deep engraving the whole piece. 2) shallow engraving and in two pieces.

Getting the deep engrave “right’ took some testing. Apparently, it took a few more than I gave it. Mostly, it worked fine. The edge was designed too thin (by me) so it didn’t survive the engrave plus cut on all edges. I also got a line pattern in areas that should have been uniformly engraved. I’m not sure why that happened. Those areas were a solid, filled vector. Probably should have done another defocused pass to clean that up. 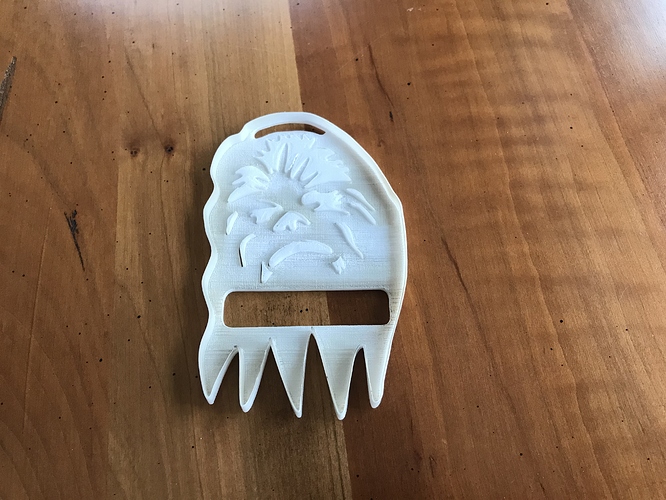 Next, I tried a shallow engrave method. For this one, I just cut the edge and then glued it to the impression piece. This is 1/4” acrylic, so that allows up to a 1/4” dough thickness. The shallower engraves were cleaner. 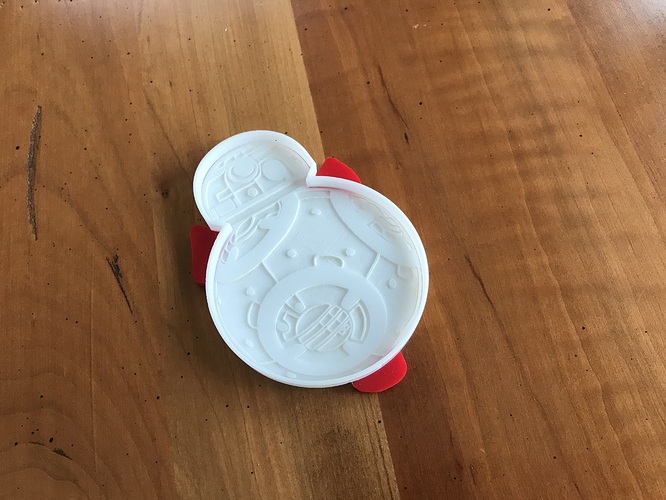 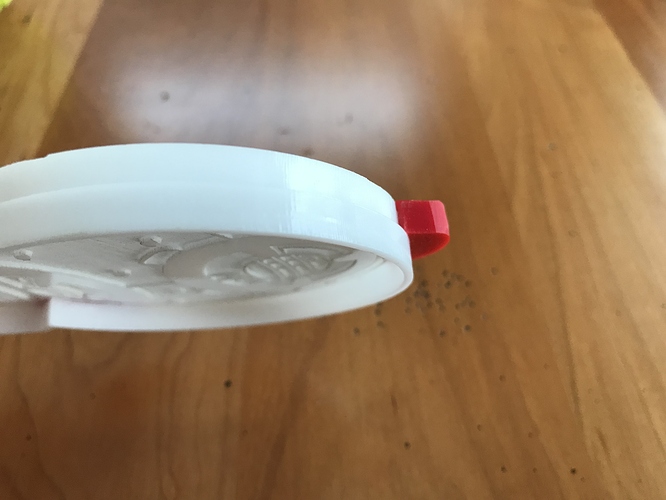 Scraps from another project were used to glue the two pieces together.

The latter method seems to be easier and more predictable vs. the deep engrave.

My wife is thrilled so far. I’ll update this post after she uses them on dough.

Very nice!, I would think the second method would significantly cut down on time also.

Looks as though the engrave could be a bit deeper to withstand the cooking process. 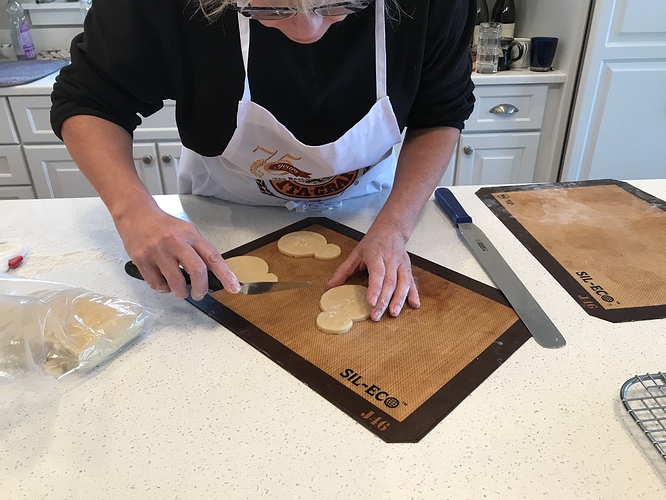 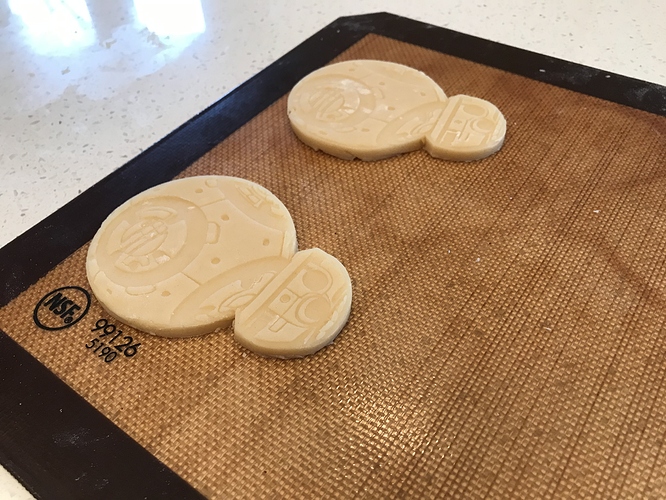 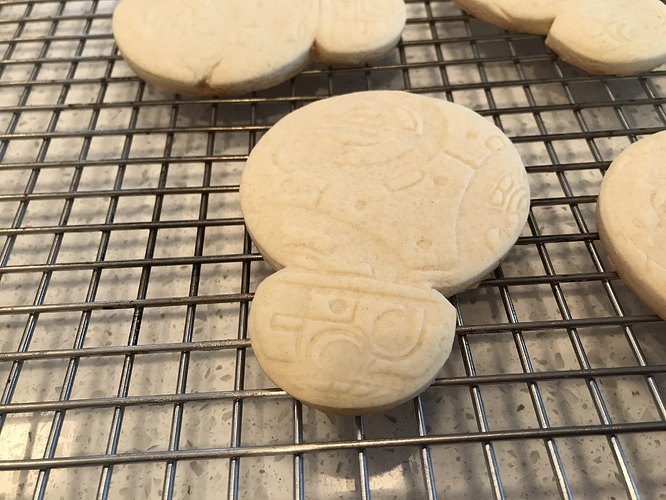 Wifey likes the way the two pieces are only partially glued to the engraved part. the flex in the cutting part makes it easier to remove the cookie dough.

For those that followed our DC trip, this is her sample cake that she made in Maggie Austin’s class in Alexandria. 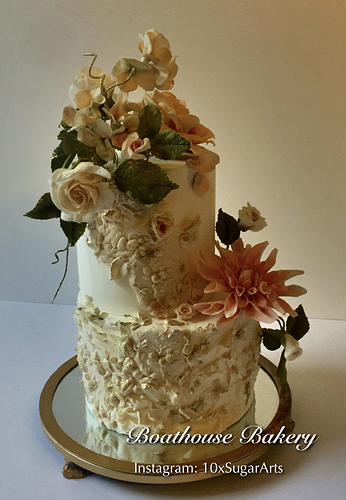 Looks as though the engrave could be a bit deeper to withstand the cooking process.

Seems like @marmak3261 made some cookie cutters, early on–a search for his post might yield some pointers. I don’t remember if they had engraved details, though. (I’d go look, but I’d get distracted and make myself even later for work, so I’m resisting.)

I found it. Really nice stuff @marmak3261 and @wanderingwood!

These came out great! What kind of glue did you use?

For this, I used Locktite Super Glue Professional Liquid because I wanted it to seep into the joints.

For other projects, I use Stick Fast Instant CA Adhesive - CA Thick from Rockland because it’s less runny.

Thanks! I’ve been trying to find something food safe, but I’m not sure that really is.

good question… hmmm. Luckily, the glue is almost entirely behind the scenes.

EDIT: So I did some research. The prevailing view seems to be that CA Glue is inert when cured, but read the materials for your self.
http://www.loctiteproducts.com/techdata-sds.shtml
http://hybris.cms.henkel.com/henkel/msdspdf?matnr=1365882&country=US&language=EN

Some resources highlighted the fact that CA glue used to be used in the field to seal some wounds.

If your unsure, then my full engrave version may be the way to go, but I would need to thicken the edge to give it more heat tolerance in the cutting process.

Great, I opened this when my wife was looking over my shoulder and now I have to make her a cookie cutter. This is about 75% of the reason I work in our separate room; so that she can’t see all of these amazing projects and demand that I make her them!

Really cool, and I like the way you got it to work on the glowforge!

My wife lived in Hawaii for a number of years, so she’s jealous of what you see out your window every day.

I couldn’t imagine why 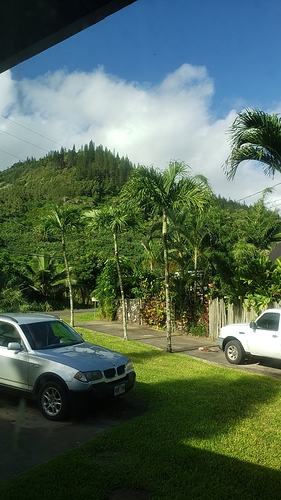 There are food safe PLA plastics for 3D printing(try raptor pla). I find that the printer has been the easiest to work with in this regard, vs either the cnc or the laser.

I’ll definitely have to read more about it. I think I’m more laid back about one-off things that I’m personally using than something I’d sell or even give as a gift. I have a 3D printer and I think it works well for this sort of thing, but there’s still a lot of question about using those on food items, especially if you want it for multiple uses.

I’m not sure the wound part matters. There are a lot of things I would put on a wound that I wouldn’t eat.

So as a creative solution, you could keep the cutter/mold separate. Push the cutter onto the dough and then insert the mold into it and press down. Might be worth a shot. And be easier to clean. You could even make multiple molds for one cutter to have different facial expressions or designs…

In Viet Nam when ca glue was first invented and the number of wounded and damage was increasing it became heavily used and many had shattered bones put back together and kept limbs that would have been lost otherwise, also it stopped bleeding and saved the lives of many, but while the military could just use it it could not pass muster with the FDA because there was no way to patent a product commonly available.

I think they did get to some uses, but it took more time than it might have. Having it available for first aid may not be approved but good for severe gashes that folk might bleed to death otherwise.

Here is what the MSDS says for the Locktite product I used. 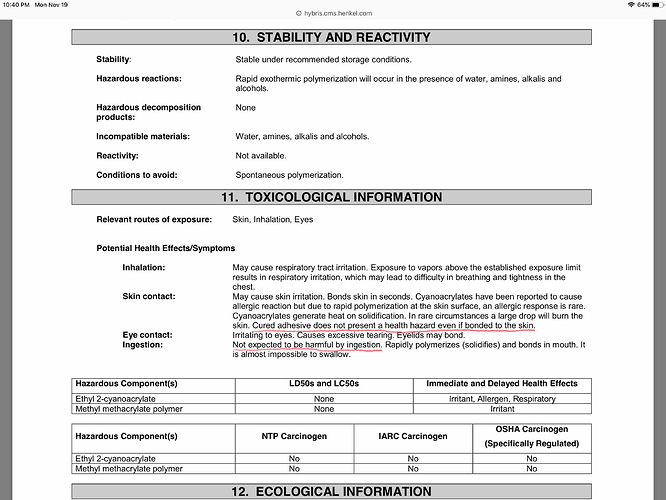 “Not expected to be harmful by ingestion.” Of course, you still have to decide for yourself.

Hah. Not exactly a rousing endorsement, but could be worse.

Since I won’t be eating my cookie cutter, it was good enough for me.

I’m not even an eat glue kind of guy.