Cut area off my crumb tray

On the preview for my cut the bottom of my cut area is off the front of my tray. That seems like alot of use able area missing out of my 20x11.5 area. 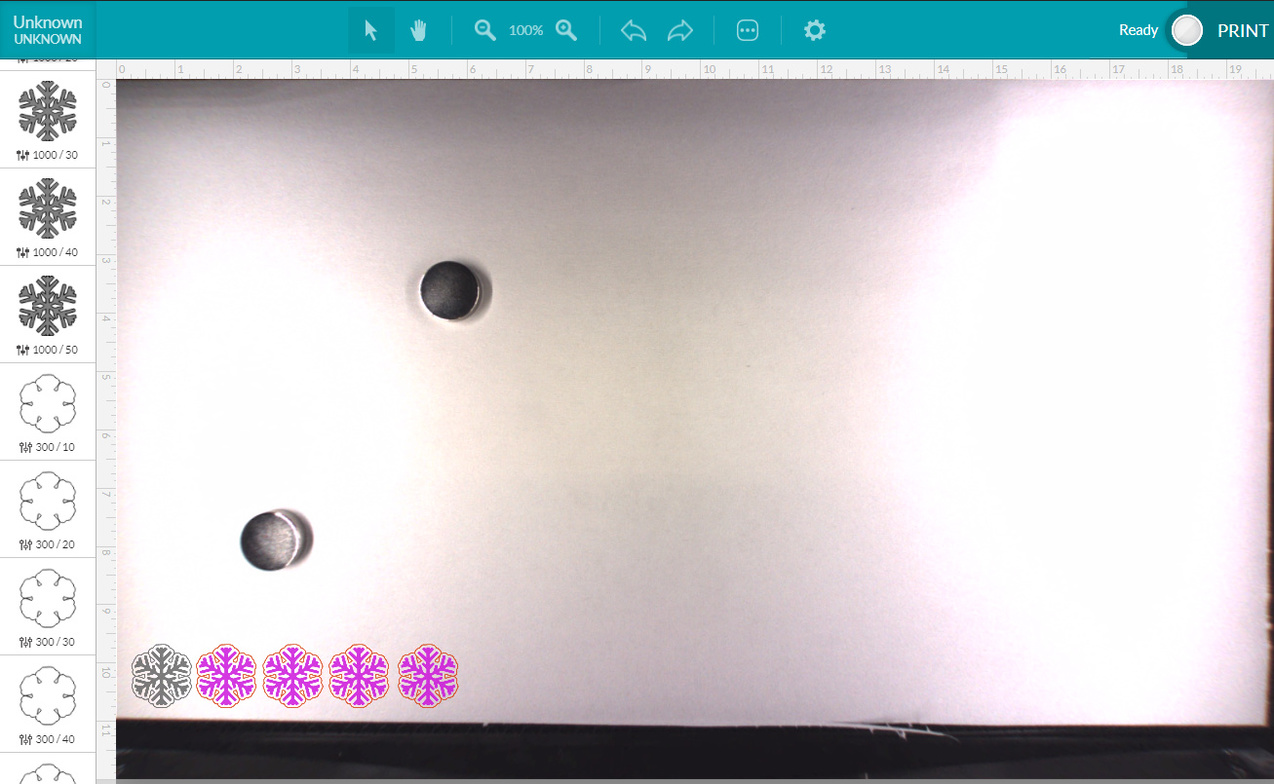 The laser head hangs of the front of the gantry so it has significantly more room toward the front of the machine than the back. To get maximum vertical cut area, I’d hope the edge of the crumb tray isn’t the limit, but rather the case edge.

that doesn’t help me actually cut anything in that room though. I cant put my paper there and cut holes in it because the beam will hit the non honeycomb part.

Are you sure you want them to fix this for you by shrinking your view and your cutting area by 0.5"?

No. I was confused by your post. It sounded like you were bummed they were showing you area below your crumb tray and letting you drop a cut there which didn’t make any sense to me.

It’s true. I believe if you do a cut at the top of the view, it looks like there is still room for the gantry to go farther back, but not by much. I think they’ve promised us to get to 11.5" so perhaps they’ll give 0.5" that direction. But I don’t think they can get to the original promise of 12" because there’s only 11 7/8" of total travel and that hits stuff.

I thought they had gotten it past 11"… That would be where my confusion is. I suppose when they make it to 11.75" on the front page they will just move the camera image/rulers back

I’m not able to get anything > 10.97" to cut. I know that’s not much off from the 11" it’s supposed to (nevermind the eventual 11.5"), but still annoying. I made a bunch of designs at 11" and planned on simply importing and cutting. Now I have to scale everything just the tiniest bit. At it’s simplest, my test was to make an 11" circle and import it (a clock face is the ultimate goal). It complained about not having any artwork. 10.9"? Same. Repeat down until 10.97" worked. Not a huge deal, b…

Thanks for the answer @markwal, that’s right.

Your Glowforge can currently print up to 11 x 19.5 in. Engravings take extra room to speed up and slow down, so the area may be a bit smaller. We’re working on software improvements that will increase the printable area.

I’m going to close this thread - if the problem reoccurs, go ahead and post a new topic. Thanks for reaching out about this!